If you ask “What to see in Ladakh”, we would say “What not to see in Ladakh”. One of the highest and remotest regions in the world, Ladakh is the residence of Buddhist monks, the seat of monastic culture, the hub of monasteries, the haunt of austerity and the abode of peace in the lap of the Himalayas. Besides the beauty of nature, it is the monasteries or Gompas that make the serene landscapes of Ladakh worth several visits for photography, culture and history. Indian Eagle recommends a visit to the seven best Ladakh monasteries which have cradled the Buddhist culture and stood timeless for ages. 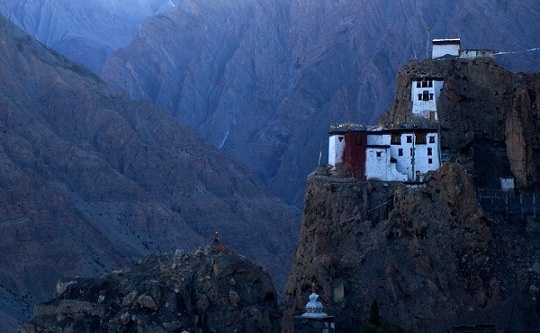 Shey Monastery is one of the most famous Buddhist monasteries in Ladakh. This monastery is a must visit in Shey, the once summer capital of Ladakh. Built in 1655 and dedicated to Singay Namgyal, Shey Gompa is popular for the gold-plated copper statue of Shakyamuni Buddha. There is a trekking route to the hillock which the monastery is located on. The other two attractions of Shey are the Shey Palace and the Rhupla Dance, performed by men in the guise of tigers. 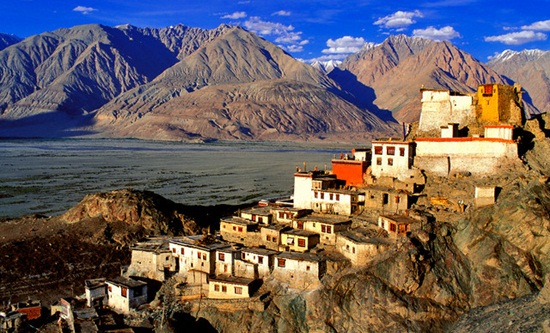 You might want to know which the oldest and largest Buddhist temple in Ladakh. It is the Diskit Gompa in the Nubra Valley. Founded in the 14th century, the Gompa is steeped in solemnity. The prayer hall in the center of Diskit Gompa features a larger-than-life Maitreya statue which is surrounded by the impressive sculptures of other deities. The ceiling of this Ladakh monastery is decorated with the fresco of the Tibetan monasteries. 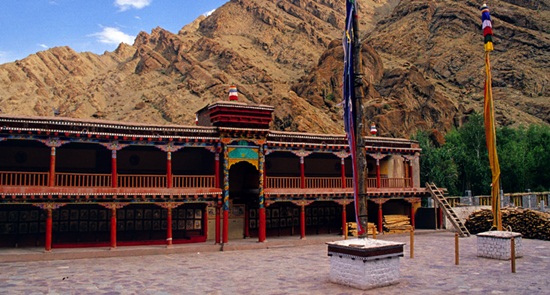 The only Ladakh monastery that commands amazing views of colorfulness is Hemis Monastery, founded in 1630. What makes Hemis Gompa a must visit is the belief that it is the wealthiest monastery in Ladakh. The majestic location of the monastery inside a gorge on the western bank of the Indus River is another attraction. It preserves a precious collection of ancient relics, a number of sacred thangkas, and gold & silver stupas. Besides, it is home to the Hemis Festival of Ladakh which fetches thousands of tourists to Jammu and Kashmir in June every year.

Sankar Monastery stands still in seclusion and solitude at the end of a 3km long stretch from Leh. The abode of the head of the Ladakh Gelukpa, the monastery belongs to the yellow hat sect. It is somewhat adventuresome to climb up the hilltop where the Sankar Gompa is situated. Unlike other Ladakh monasteries, the Gompa is adorned with paintings on four sides. 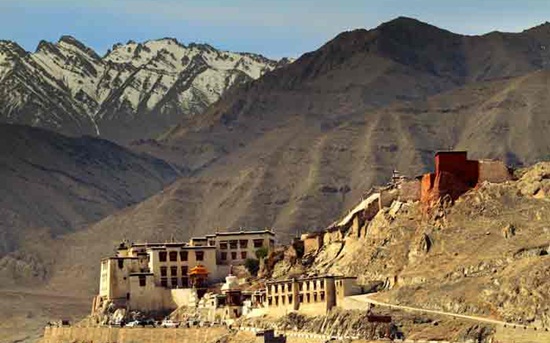 Spituk Monastery is the only three chapel monastery in Ladakh. It was envisioned as the seat of a monastic community and patronized by Lha Lama Changchub Od. The sanctorum (Dukhang) of the monastery features a majestic throne for the Dalai Lama. The center of the Spituk Gompa has a dark old chapel where the life-size images of Tsong-kha-pa and his disciples are on display. This Ladakh monastery is famous for the Gustor Festival, a spiritual extravaganza. 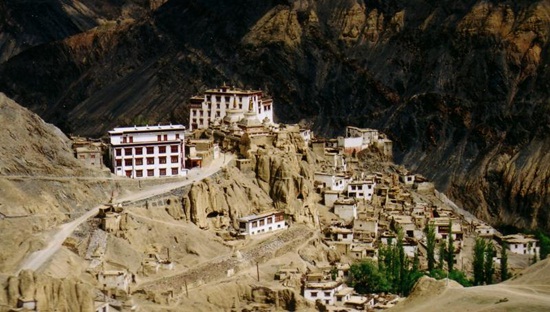 Lamayuru Monastery is home to 150 monks in Kargil district. It retains distinction of being one of the largest monasteries in Ladakh. Established by Mahasiddhacharya Naropa, it is the official residence of the monks of the red-hat order of Buddhism. One of the five buildings that the Lamayuru Gompa consists of has succumbed to weathering and the test of time. 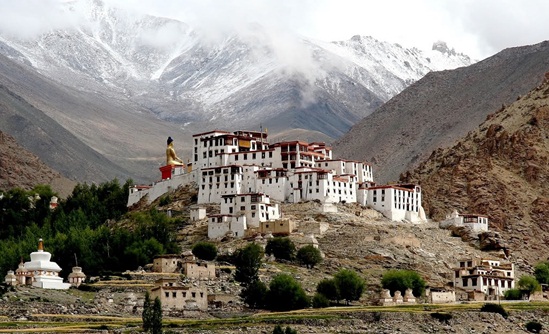 Likir Monastery is known as the abode of peace for the Nagas in Ladakh. Situated on the Leh-Srinagar Highway, the Gompa is bounded by two imposing images of serpent – the Nanda and the Taksako. The Likir Monastery preserves a huge number of clay images of Buddhist monks. Moreover, there are age-old manuscripts, thangkas, books and relics in the treasure trove of this Gompa. A massive Jupiter tree occupies most of the space on the courtyard. Domoschey Festival is a popular annual festival here.

Leh-Ladakh is a short flight away from Indira Gandhi International Airport, New Delhi, which is served by major airlines flying from major airports across the world. IndianEagle.com books flights to New Delhi at the best prices round the year.