The Union Ministry of Tourism is up with an innovative campaign, titled “777 Days of the Incredible Indian Himalayas”, for adventure-loving travelers including climbers, hikers and mountaineers. The highlight of the campaign is an offer by the Ministry of Tourism India to pay 50% of the fee that Indian Mountaineering Foundation charges for climbing expeditions. The offer is valid for the period of 777 days. The campaign was launched in 2013.

K. Chiranjeevi, the Union Minister of Tourism India, launched this campaign to promote India as the hotbed of adventure travel in the Himalayan range, for climbers and mountaineers from across the globe. Spreading awareness that 73% of the Himalayas is in India is another goal of this mission which is being anticipated to help global tourists pinpoint the Incredible Indian Himalayas on the world map. 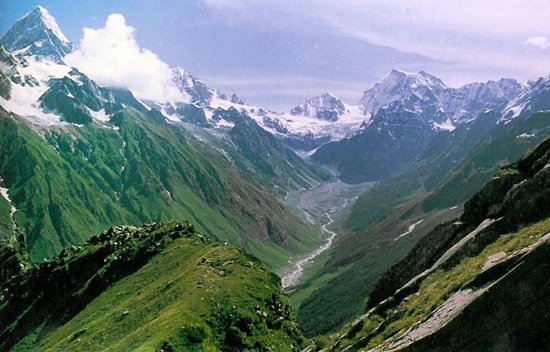 The Himalayan range in India is a tourist destination in itself, offering multiple different experiences throughout the year. The Indian Himalayas are a must visit for skiing in winters, mountaineering in summers, campaigning at bio-diversity hotspots in the spring, and leisure activities in the season of autumn. Evidently, the Himalayan tourism in India needs to be promoted on the global front.

The Himalayan region of India is one of the richest and biggest bio-diversity hot spots in the world. The rich wildlife comprising varied species of flora and fauna is the mainstay of this region. It has been home to 2000 animal specifies and 10,000 plan species on earth. The campaign, “777 Days of the Incredible Indian Himalayas”, has been launched along with a map of the Himalayan region and an event directory.

The directory contains details of the events and activities to be held during the campaign for 777 days. The Adventure Travel Association of India (ATAOI) has released a book that contains safety rules and regulations for adventure travelers. The map, the book and the directory are meant to be a complete guide for adventure enthusiasts in the Himalayan region. Moreover, two short films,“Life Altering Journey” and “Greatest Show on the Earth”, showing the best of the Himalayas have been released.

The campaign “777 Days of the Incredible Indian Himalayas” has been undertaken to see the increasing number of footfalls in the Ladakh region of the Himalayas in India alone. In 2012, Ladakh received around 2 lakh adventure tourists out of which 20% from the US and Europe, whereas the rest from the domestic market. The campaign will position India as a hub of adventure on the globe.

Book your trip to India for adventure tourism in the Himalayas, on IndianEagle.com and get the cheapest flight.