Home / FAQs / What are Airline Policies for flying during Pregnancy from US to India? 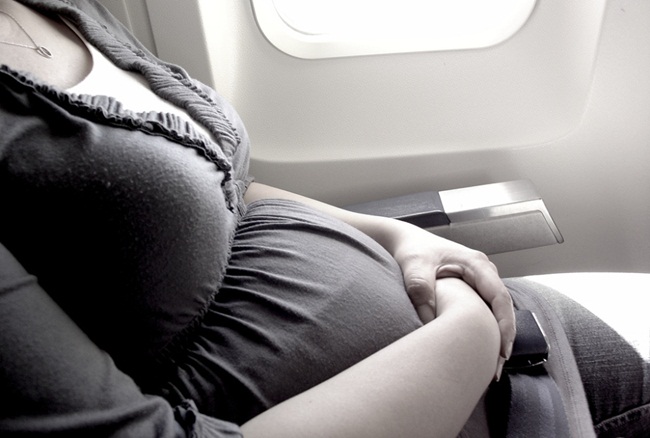 According to Air India’s policy for pregnant travelers, expectant women in good health can fly till the 32nd week of pregnancy. Air India permits traveling during pregnancy to women with high possibility of normal delivery till the 35th week. In this case, a medical certificate ascertaining their fitness for flying on long-haul routes is essential. Flying during pregnancy beyond 35 weeks may be possible on grounds of urgency or compassion. Flying while pregnant till the actual delivery requires women travelers to sign an indemnity bond and be accompanied by a physician on Air India’s international flights. Permission for traveling at the advanced stage of pregnancy should be sought from Air India’s Chief Medical Officer.

Lufthansa permits traveling during pregnancy in uncomplicated cases. Expectant women having no physical complicacy can board Lufthansa flights till 4 weeks before the possible delivery date or the end of the 36th week of pregnancy. It is not mandatory to carry a medical certificate. If you are expecting more than one baby in uncomplicated pregnancy, you can be flying while pregnant till the end of the 28th week. You need to undergo a health checkup and get a certificate from your physician or gynecologist confirming your medical fitness for air travel after the 36th week of pregnancy. The certificate should clearly state that flying while pregnant is not harmful for you.

Emirates Airlines’ policy for flying pregnant makes it mandatory for expectant women to carry a genuine medical certificate or letter issued by a qualified doctor or midwife during air travel in the 29th week of pregnancy. The medical certificate should state the type of pregnancy: singleton or multiple, the stage of pregnancy, the possible delivery date, and the traveler’s physical condition as well as fitness. If you forget to carry or fail to produce a duly signed medical certificate while checking in at the departure airport, you will be denied boarding. Emirates Airlines does not permit flying in case of multiple pregnancies after the 32nd week of gestation. Traveling on Emirates’ flights is permitted for single pregnancies even after the 36th week of gestation, on the basis of prior clearance by the airline’s medical department. You should fill a medical information form (MEDIF) and submit it to seek clearance.

READ MORE Emirates’ Menu on US to India Flights

On Etihad Airways, traveling while pregnant with one or two babies is possible without a medical certificate till the 28th week of gestation. However, Etihad Airways’ “flying while pregnant” policy is rigid for the period from the beginning of the 29th week till the end of the 36th week. Women expecting one baby or two need to submit a medical certificate stating their physical fitness and estimated delivery date prior to flying with Etihad Airways after the 28th week of pregnancy. The airline does not permit traveling after the 36th week in case of ‘single pregnancy’ and after the 32nd week of gestation in case ‘multiple pregnancy.’ The airline accepts only clinical / hospital letterheads issued, signed and stamped by doctors or midwives as medical certificates within 7 days before the date of departure.

*These airline policies for flying during pregnancy are applicable to most of international flights across the globe. The airlines may modify their policies for pregnant travelers at any time and without notification.

Get cheap airfare deals for US to India flights on IndianEagle.com. Indian Eagle offers the lowest airfare online from these airlines.

2 thoughts on “What are Airline Policies for flying during Pregnancy from US to India?”