From the first-ever woman pilot Harpreet A De Singh to Commercial Director Meenakshi Mallik, ‘Air India women’ are known for creating history in Indian aviation. ‘Air India women’ have got a historic role to play in making the first-ever nonstop flight from San Francisco to Bengaluru that takes to the sky today, January 8, memorable for the passengers. Air India’s SFO-BLR flight will reach Kempegowda International Airport on January 9. 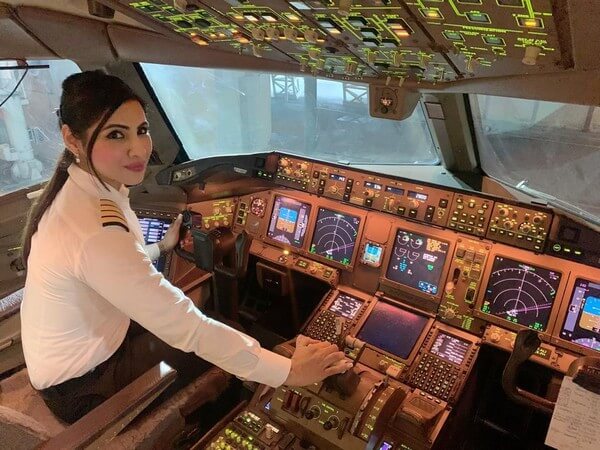 An all-women pilot team will be operating Air India’s first nonstop flight from SFO to Bengaluru over the North Pole, covering a distance of 16,000km – which makes it the longest route in the airline’s global network. Captain Zoya Agarwal and her women-only team will be commanding the flight all the way from one hemisphere to the other.

“Flying over the North Pole is a most daunting task which demands the best piloting experience and an excellent command on the dynamics of maneuvering the plane at high altitudes in a not-so-safe zone. That’s why airlines deploy their best and most experienced pilots to operate on north polar routes.AI Captain Zoya Agarwal ticks all the boxes when it comes to accomplishing such a feat as flying 16,000 km from San Francisco to Bengaluru via the North Pole,” an Air India official said.

Notably, Captain Zoya Agarwal was the world’s youngest woman pilot to operate a Boeing 777 in 2013. Being the first (woman) commander to take charge of Air India’s first longest flight over the North Pole is another feather in her cap.

“I feel privileged and humbled to be trusted by the Ministry of Civil Aviation and Air India for such a golden opportunity, while many people don’t get to see the North Pole in their lifetime. Operating a Boeing 777 on the longest of all nonstop routes between the USA and India and that too for the inaugural SFO-BLR flight is, indeed, a dream come true for not only me but also my all-women pilot team comprising Captain Thanmai Papagari, Captain Shivani Manhas and Captain Akanksha Sonawane,”.

“January 8, 2021 is a most significant day as it is the beginning of nonstop Air India flights between the world’s two Silicon Valleys – San Francisco and Bengaluru. This is not the first time that Air India’s women crew broke the 30,000-foot glass ceiling. They operate all-women-crew flights to different parts of the world, including New York, Sydney, London and Washington DC on International Women’s Day every year,” said the chief information officer of Indian Eagle, a leading air travel booking organization.