In a bizarre turn of the events over the origin of the Novel Coronavirus, the US-China conflict is catapulted to the skies. After trade and commerce, aviation is the new target of the rising tensions between Beijing and Washington DC. The US government announced to bar Chinese airlines from entering its airspace for scheduled service, with effect on June 16, in retaliation to China’s denial of entry to US airlines. The order banning civil operations of China airlines to and from the United States could take effect even before mid-June. 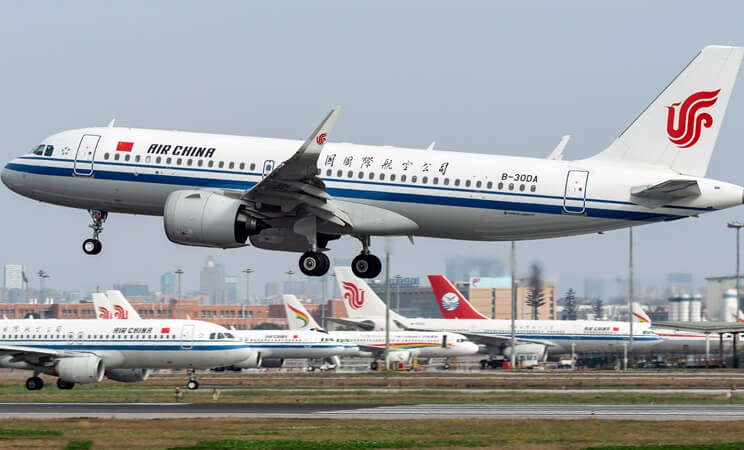 The US and China – two of the world’s biggest aviation markets – will not only take hit but also impact USA to India flights by Air China and other Chinese passenger airlines, once India resumes international civil aviation operations possibly in July 2020. Air China flies to and from seven major US cities including San Francisco, Los Angeles, Houston, New York, and DC. Mumbai, Delhi and Bengaluru are the major Indian destinations for Air China flights from the USA.

Nearly 6% of the over 5.4 million passengers who traveled between India and USA in 2019 flew via China the same year. 8% of the total US-Delhi air traffic took one-stop flights via China and Hong Kong in 2019 because of low airfares, according to a Business Standard Report. Also, many Canada-India passengers like to transit through China and Hong Kong.

The White House’s ban on Chinese airlines’ scheduled operations to the US starting June 16 stands to benefit Air India and United Airlines that operate direct flights to India. Emirates Airlines, Qatar Airways, Lufthansa, Air France and British Airways are also supposed to benefit from the US government’s prohibitory orders restricting the civil airlines of China.

The current embitterment of the decades-long bilateral agreements between the US and China is not the perpetuation of the US-China tensions. If the civil aviation authority of China relaxes its policies to facilitate the China-bound operations of US airlines, the White House will review the prohibitory order for Chinese civil carriers. However, the Trump administration’s ban on Chinese airlines will not halt cargo operations between the US and China.

Both Delta Air Lines and United Airlines have thumbed up the US government’s move that does not restrict flights from, to and via Hong Kong. Hence, Cathay Pacific Airways is exempt to the ban on Chinese passenger airlines, including Air China, China Eastern, China Southern, Hainan Airlines and XiamenAir. “We support and appreciate the US government’s actions to enforce our rights and ensure fairness,” said Delta Air Lines that plans to resume commercial services this month.

Travel Beats, an overseas Indian community portal, is a subsidiary of Indian Eagle, a leading air-ticketing partner of Indians in USA. This is part of our continued effort to report on the latest developments of air travel amid the COVID19 pandemic. Indian Eagle is looking to book cheap flights to and from India, with major airlines returning to the skies in a calibrated manner.