“To know thyself is the beginning of wisdom.” Likewise, to know your airline is the beginning of a good flight. The collapse of Jet Airways and Thomas Cook Airlines was felt like tremors of a sudden earthquake in aviation leaving thousands of travelers jittery and agitated worldwide. Knowing whether your airline has overbooked a flight or revised its baggage policy or modified the itinerary you have booked or broke up with a major codeshare partner helps a lot. 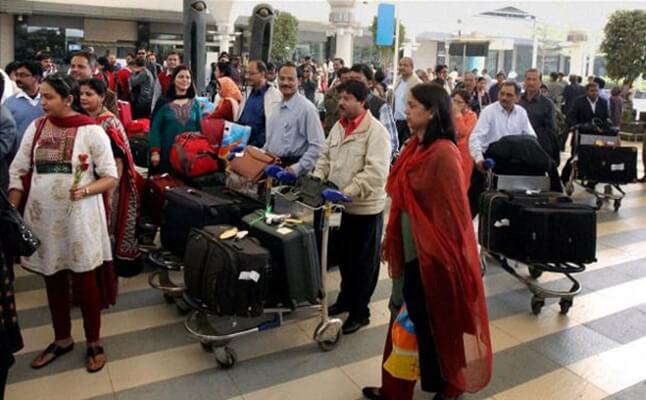 Many passengers, who turned up at Newark Liberty International Airport for Air India flights to Mumbai, were unaware of the airline’s new check-in baggage policy, which Indian Eagle Travel reported and circulated in March this year before the revised policy came into effect on April 1. They learned to their dismay that Air India slashed the free check-in baggage allowance by half for economy flights to and from Newark six months ago.

A passenger who had his flight with Air India from Newark to Hyderabad via Mumbai complained that he had no idea of the change to the baggage rules nor he got to know anything from the booking agent. Many other passengers voiced the same exasperation as the limited freedom of choice between – to leave one piece of baggage behind and to pay an additional $100 for the second piece of baggage – irked them.

“While most international airlines allow checking in two pieces of free baggage on economy flights to India, why did Air India take such a drastic step?” said a few passengers at the top of their voice. Justifying its revision of the economy class baggage rules, Air India said that the weight of the arriving or departing planes had to be reduced for safe landing or take-off, as there were some obstructions along the Mumbai airport runway. Initially, the airline did so by operating flights with a few empty seats. Later, the free check-in baggage allowance per economy traveler was reduced by half to avoid making losses.

Our heart goes out to those who were kept in the dark about Air India’s reduced economy baggage allowance by their agents. We can imagine how difficult it is for a family traveler to pack all the essential things in one piece of baggage, especially during the festive season. However, our customers do never suffer, simply because we publish the latest travel news, circulate it to them through our free newsletter and notify them about every update/development related to their flights to India through our 24/7 customer service,” said the chief customer relations officer of IndianEagle.com.

“It is highly recommended that travelers check the airline’s website for the latest baggage rules before they pack their bags,” he said further.