Japan Airlines joined the league of British Airways, Etihad Airways, Qatar Airways, and Singapore Airlines which constantly seek innovation in the cabin interior of aircraft in their fleet. Japan Airlines has lifted the screen from the interior of the new cabin to be installed on its B787-8 Dreamliner. 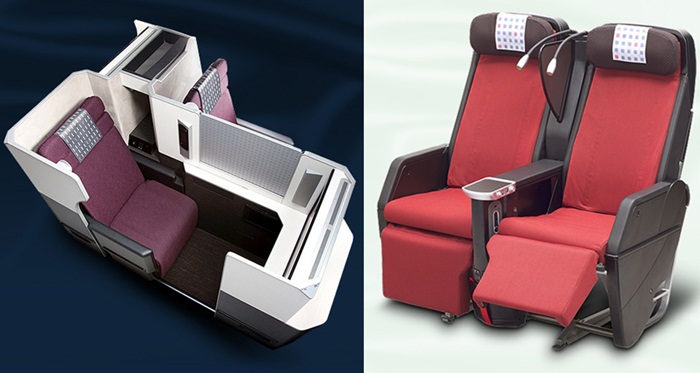 Seats will be arranged in a 2-3-2 layout in the Premium Economy cabin. The seat design will remain the same as on Japan Airlines’ B777 aircraft. The fixed back of Premium Economy seats will recline without causing inconvenience to the passenger behind. Each seat will come with a center divider for additional privacy and a 12.1 inch touchscreen monitor.

Japan Airlines’ Economy Class passengers will benefit from the new cabin design than other passengers as the reduction in the number of Economy seats will allow more legroom.

Indian Eagle books the cheapest flights to India from the US with Japan Airlines. The lowest airfare to India is guaranteed at Indian Eagle.