While introducing the bill S4038 in the Albany Senate Chamber, he argued that the New York school holiday calendar should be as diverse as the populace of the state. Inarguably, New York is known for its cultural and religious diversity in all spheres of life, except the state government holiday list. So diverse is the social fabric of the Empire State is that over 185 languages are spoken there, and over 42% of the students come from ethnic households where English is not the first language. 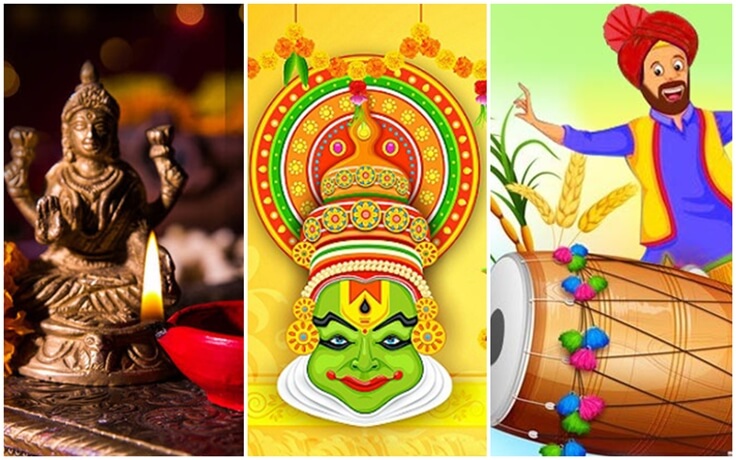 New York is home to 313,620 Asian Indians as per the 2020 Census, which has increased manifold by now. The removal of the quota on Indian Immigration to the US in the 1960s resulted in a phenomenal growth of the Indian populace of New York, California and other states. However, not a single Indian festival – Diwali, Holi, Ugadi, Vaisakhi or Onam – has yet been recognized on the list of New York State holidays.

Justifiably, NY Senator Kevin Thomas’ bill S4038 seeks an amendment to the existing list of New York school holidays for the entire state, rather than the seven school districts which granted Diwali holiday to their Hindu students in 2018. He urged the New York State Capitol to recognize, at least, Diwali, Onam, Vaisakhi, Eid al Fitr, Eid al-Adha, and Good Friday for the statewide diverse population.

The booming Indian population of New York is the very reason for major airlines including Air India to have been operating direct flights to India from New York and Newark.

The bill S4038 seeking to make the New York School Calendar 2019-2020 incorporate certain Indian cultural and religious festivities as holidays is part of the promises Indian American Kevin Thomas made while campaigning for a seat in the Albany Senate Chamber. Leading New Yorkers of Indian origin have approached him with a plea to have Diwali, Onam and Vaisakhi recognized so that they can have a family celebration on those festive occasions.

Senator Kevin Thomas’ bill S4038 has been read twice. Currently with the Committee on Education, it has five more stages to go through. With the constant support of Senators, including John Liu and Leroy Comrie from the borough of Queens having a significant concentration of South Asians, the bill has fair chances to make New York School holidays 2020 as diverse as possible across the state. Both Lie and Comrie have advocated inclusion of Diwali to the list of New York State holidays for schools.

If the bill S4038 is passed, Indian Hindus in the boroughs of Queens, Brooklyn, Manhattan and The Bronx will get a mandatory school holiday on Diwali for their children, and Sikhs in the borough of Richmond Hill will celebrate Vaisakhi with their little ones.

This news story is brought to you by Indian Eagle Travel, a leading air ticketing partner of Indians in US cities including New York and New Jersey. Indian Eagle is a trusted provider of cheap flight tickets to India. Travel Beats, a subsidiary of Indian Eagle, is a thriving Indian American community portal for community news and stories.