“Farmers are the foundation of any economy, and if the farming community can be supported and made resilient, it will help the country prosper,” said Dr. Parag Narvekar, a US-returned scientist from NASA. He quit his prosperous NASA career and returned to the roots for a humanitarian cause – helping distressed farmers reap maximum fruits of their toil and moil in fields. He strives to save farmers’ crop yields from the fury of nature using technological resources. 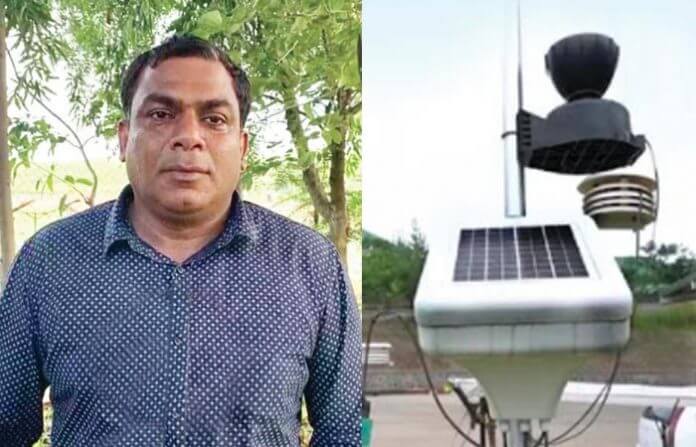 India’s agricultural sector bears the brunt of extreme weather events every year, such as torrential rains, floods, droughts and hailstorms. Economic losses that the increasing number and intensity of extreme weather events caused to India went up to $45 billion in 2008-2017 from $20 billion in 1998-2007, according to a 2019 report by Action on Climate Today (ACT), a UK-based initiative for South Asian economies. 18.176 million hectares of crop was affected due to heavy floods from 2017-2019, causing a setback to India’s agricultural sector, according to the data that the government shared early in 2021.

Early warning signs of impending rough weather events can help farmers prepare for inclement nature and curb losses to India’s agro-based economy, though nature is indomitable and untamable. India’s agricultural technology was not as developed as that in the US for implications of global climate change. This thought brought Dr. Parag Narvekar back from America to Maharashtra, his native place. He is a distinguished alumnus of IIT Bombay. On completion of post-graduation in image processing technology in 2003, he left for America and joined NASA where he worked on earth-observing satellite technology and data processing solutions.

After 12 years of his ‘American Dream’, he returned to help Indian farmers in 2016, with an aim to reduce agricultural losses and boost crop yields in the country. He started working on developing low-cost sensors to decipher satellite data on weather developments. He wanted to develop sensors that farmers could afford and that could make weather forecasting as well as help identify suitable timings for irrigation more precisely. He worked on the project day and night for the past three years. Dr. Parag Narvekar’s sensor for farmers costs only Rs. 10,000 each, whereas the old sensor used to cost fifteen times more.

He collaborated with scientists not only from NASA and IIT Bombay, but also Bengaluru’s Indian Institute of Science, the Indian Space Research Organization (ISRO), the European Space Agency, and the Japan Aerospace Exploration Agency to design and develop several cost-effective models of a weather station for farmers. In 2017, he founded his startup and launched the weather station. The sensors attached to the weather station can help farmers adopt the best agricultural practices and decide what fertilizers to use for enhanced crop quality in accordance with weather developments.

The sensors that Dr. Parag Narvekar developed provide accurate information on various aspects including soil humidity, soil nutrient management, water management, plant transpiration, wind direction and photosynthesis. The sensors can also be used to diagnose early stages of crop diseases. The device sends alerts to the farmer via an app on a smartphone so that decisive actions can be taken on time. The sensor, while placed in a farm, provides information on the weather of the farm’s surrounding areas.