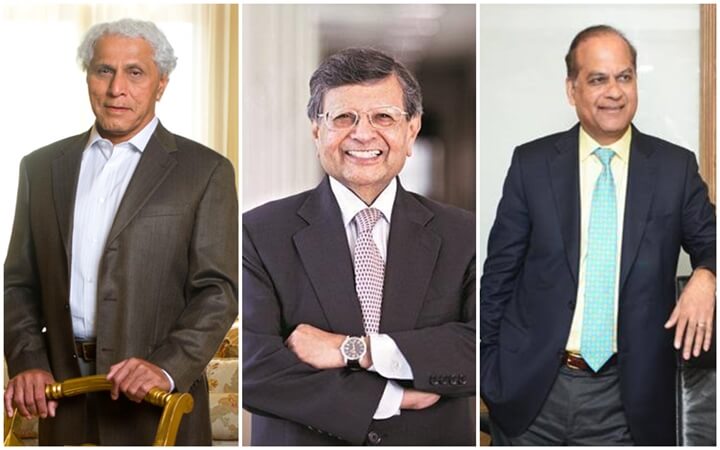 One of the richest billionaires in USA  and the wealthiest Indian Americans on Forbes’ 2019 list, Romesh T. Wadhwani is awarded the Padma Shri on the eve of the 71st Republic Day. The third richest Indian-origin billionaire in USA with net worth USD 3.3 billion, Romesh Wadhwani is the founder of CEO of Symphony Technology Group. A resident of California, he is not just an astute entrepreneur but a compassionate philanthropist too. His journey from the day his family relocated to India from Karachi during the Partition to the day he became the richest Gujarati businessman in USA, is full of inspiring tales. An IIT Bombay graduate with a PhD in electrical engineering from Carnegie Mellon University, he set up the Wadhwani Foundation with focus on socio-economic development in India. In 2012, he launched a world-class research facility at the National Centre for Biological Sciences, Bengaluru and named it after his mother, Shanta Wadhwani.

Among the overseas Indians honoured with Padma awards is Indian American Jagdish Sheth from Atlanta, Georgia. Popularly known as marketing guru, Jagdish Sheth received Padma Bhushan for his contribution in literature and education. ‘Theory of Buyer Behaviour’, co-authored by him, is considered as a ‘bible’ of consumer psychology and marketing. It was Jagdish Seth who presented the Philip Kotler Presidential Award to Narendra Modi in January 2019. A Professor of Business at Emory University Goizueta Business School, he came to the USA for MBA studies at the University of Pittsburgh in 1962. He is a widely published author with more than 200 articles to his name in leading marketing journals across the world.

One of the Indian American Padma Shri awardees, Prasanta Kumar Pattanaik received the prestigious honour in literature and education. A professor of Economics at the University of California, Pattanaik hails from Odisha. A graduate of Odisha’s Utkal University with a PhD from Delhi School of Economics, he has several feathers in his cap. Apart from being a fellow of the Human Development and Capability Association, Prasanta Kumar Pattanaik works as a research associate for the Oxford Poverty and Human Development Initiative. He shares the distinction of being an advisory editor for the journal, Social Choice and Welfare, with Nobel Laureate and economist Amartya Sen.

S.P. Kothari from Boston is one of the Indian American Padma Shri recipients in 2020. Kothari is the Gordon Y. Billard Professor of Management. He was the deputy dean at Massachusetts Institute of Technology’s Sloan School of Management. An eminent alumnus of IIM-Ahmedabad with a PhD from the University of Iowa, S.P. Kothari served as the chief economist and director of the Division of Economic and Risk Analysis in the United States. He was once the global head of Equity Research, Barclays Global Investor. The American Accounting Association honoured him with the Accounting Literature Award 2014. Indian American S.P. Kothari is one of the experts on India’s economic policies.

Subscribe to Travel Beats, a leading Indian American community portal, for latest news & stories about Indian Americans, Indian events in USA, US visa & immigration news and US to India travel alerts. Travel Beats is a subsidiary of Indian Eagle, a trusted travel booking partner of Indians in USA with a proven record of making business flights to India from USA cheaper.