Home / Features / After Kalpana Chawla, Kala Bagai is 2nd Indian American Woman to Get a Street Named after Her in USA

The Indian American community history turned over a new leaf with the renaming of a California street after the late Kala Bagai, one of the first and oldest Indian immigrants in the United States. California, home to the second largest Indian population in the US today, witnessed the worst of racial discrimination against South Asian immigrants from British colonies early in the 20th century. The Berkeley City Council in Alameda County, California, renamed a two-block stretch of Shattuck Avenue in honor of Kala Bagai, who was once ousted of the city and stripped of the US citizenship for her race and color.

The renaming of a Berkeley City street as “Kala Bagai Way” is like a homecoming for my late grandmother, her family and descendants. We were touched to see unanimous support pouring in from hundreds of Berkeley City residents for the “Kala Bagai” street proposal in the city which my grandmother called home away from home a century ago,” said Rani Bagai. 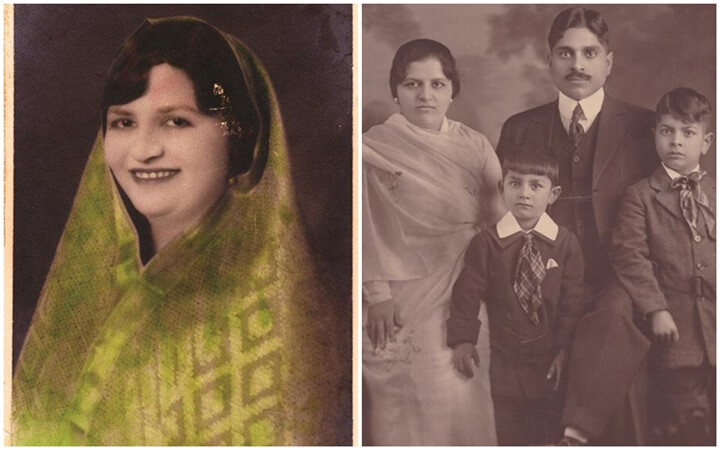 What had happened to Kala Bagai and her family from the undivided India in the 1910s was grimmer than racism in the present-day America. In 1915, Kala Bagai with her husband Vaishno Das Bagai, three children, luggage and some dreams, had embarked on a steamship and reached the Bay Area – which seemed a few light years away from India then. Vaishno Das Bagai was a member of the Ghadar Movement that overseas Indians had initiated to drive the British out of India. Rash Behari Bose was also a member of the Ghadar Movement.

To get over her loneliness on a foreign land, Kala Bagai started learning English, inviting other Indian immigrants and treating them to her homemade dishes. The invitees were touched by her vivacity and amiable nature. During a visit to Berkeley City on the east side of San Francisco Bay, the Bagai family decided to make it home away from home, not knowing what fate had in store for them. The day they moved in to the new neighborhood, they found their way blocked and the house locked by racist neighbors, as narrated by Kala Bagai’s granddaughter.

Perturbed by racial discrimination in Berkeley City and worried over their children’s safety, the Bagai family decided to continue their stay in the Bay Area and raise the children there. With the passing of time, Kala Bagai pulled herself into looking after the family, supporting her husband’s work for the Ghadar Movement, and participating in community activities in the Bay Area. Things were falling in place like a dream as if they would live happily ever after.

In 1921, Destiny smiled on the Bagai family. Vaishno Das Bagai opened a store on Fillmore Street in San Francisco and applied for naturalization. The couple became American citizens, but their new identity was short-lived and so was their happiness. In 1923, the US Supreme Court stripped Kala Bagai, Vaishno Das Bagai and other Indians of their American citizenship by ruling in the federal immigration policy that barred South Asians from becoming US citizens as they were not “White”.

Along with the citizenship, Vaishno lost the right to own property in the USA. Having no other option than selling his general store and apartment, he went into depression. “Feeling trapped and betrayed, Vaishno went to San Jose alone on a business pretext, rented a room there, and took his own life by gas poisoning. He left behind farewell letters to his wife and three children, urging them to go on without him and to lead a good life. He also left a letter addressed to the San Francisco Examiner, explaining that he had no alternative left but to take his own life in protest,” Rani Bagai said.

However, Kala Bagai gradually rose over the devastation, reinvented herself, redefined her choices, and married again, to another member of the Ghadar Movement. She started attending a night school, playing tennis, wearing western outfits and making American friends while holding on to the Indian cultural values. Ultimately, she became naturalized and got US citizenship after the then President Truman signed the Luce-Cellar Act in 1946.

In the 1950s and 1960s, she continued to be recognized as an active community leader in Southern California and used to host cultural shows as well as community events to create a welcoming atmosphere for new immigrant arrivals from India and other South Asian countries. South Asians from different walks of life and various communities – Gujaratis, Bengalis, Sikhs, Tamils, Punjabis, Muslims, Parsis and Buddhists – had got a taste of her hospitality and generosity in the land where she was once not welcomed. She bridged the gap between the great culture of India and her acquired American culture.

The brave Kala Bagai, who was at the epicenter of the growth of the South Asian communities in the US until her last breath in 1983, is the second Indian American woman to have a street named after her in the US. The late astronaut Kalpana Chawla was the first Indian-origin American to have two streets name after her: Kalpana Chawla Way in Jackson Heights, New York; and Kalpana Chawla Court in El Paso, Texas.

This exclusive story, part of our continued series of inspiring stories about Indian Diaspora, is brought to you by Indian Eagle, a trusted travel booking partner of Indians in the United States. Travel Beats, a leading overseas Indian community portal, is a subsidiary of Indian Eagle Travel. Subscribe to our free newsletter and stay tuned to latest community stories, US visa and immigration news, and updates on travel to India.