Home / Features / Historic travelers and their love for mother languages

Today is the International Mother Language Day in commemoration of the Language Movement Day or Language Martyrs’ Day of 1952, a historic event of revolution and sacrifice in honor of Bengali language in Bangladesh (then East Pakistan). The people of East Pakistan (now known as Bangladeshis) including the college and university students of Dhaka launched a revolution to protect their mother tongue Bengali from being overpowered by Urdu. On February 21, Bengali was given the status of a national language at the cost of many young lives. In 1999, UNESCO declared the day as International Mother Language Day.

Today, Indian Eagle remembers the greatest travelers who created a history in their mother languages by discovering, exploring and conquering the world. They sailed across seas and treaded thousands of miles in search of wealth, in quest of wisdom, in obsession with the unknown and in fascination of the farthest without knowing the other languages of the world. In the Discovery Age, they were not equipped with Google search, Google map, Google translator and Facebook. Their knowledge of their mother tongues was the strength for them to undertake precarious ventures across geographies. 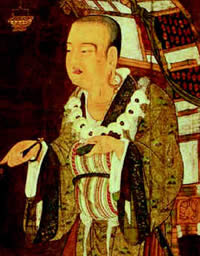 The power of faith and devotion defies all linguistic barriers. It is true about the historic pilgrimage that Xuanzang, a Chinese Monk, made following the trail of Buddhism from China to India through Uzbekistan, Afghanistan and Pakistan in the year 629. His journey to study Buddhism and visit the Buddhist spots was a 10,000-mile marathon for 16 long years. Out of his utter amazement to see the colossal Gandhara Buddha statutes in the Bamian valley of Afghanistan, he described them as wonders of brilliant golden color in the Chinese language. The largest part of his historic travel in search of the Buddhist values and scriptures took place in India where he achieved his mission, learned Sanskrit and documented his knowledge. The travelogue that he left behind is a priceless record of his journeys, experiences and learning. 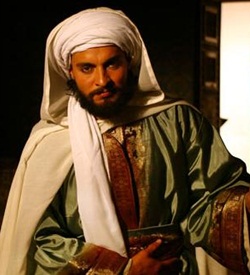 Among the historic travelers in quest of wisdom, Ibn Battuta is the first name to call up. He was a 21-year old Muslim Scholar from Morocco in the 14th century. Commanded by Prophet Muhammad to seek knowledge, Ibn Battuta embarked on an arduous journey that spanned for three decades and covered more than 40 countries. His travel started with a pilgrimage to Mecca and went on for an incredible period of 30 years. The contemporary map of his world tour covers Egypt, the Middle East, East Africa, Anatolia, India, China and other Asian countries. He recorded the wanderings by dictating his experiences out of memory to a writer. Ibn Battuta’s narrative “Rihla” (The Journey) is a rare story of the 14th century Muslim world, filled with insights into the geography, history, culture, politics, religion and people of the regions that he traveled through. 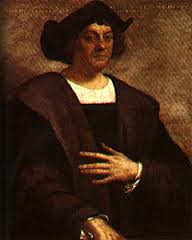 Christopher Columbus is famous as a geographic explorer and notorious as a colonizer in the history of world travel and colonization. Though he was on a mission to discover new trade routes, new lands and spread imperialism, his tireless voyages across the Atlantic Ocean are full of lessons for generations till date. He pioneered imperialism by exploring the American continents and paving the way for European colonization. Columbus, an adventuresome traveler, explored the Bahamas Archipelago, the Caribbean coast of Venezuela, and Central America under the impression that he sailed to the Asian countries. Without understanding the language of the indigenous tribes he encountered in those regions, he drove them to guide him in his search of gold and natural resources. 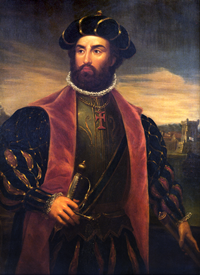 Vasco da Gama, a historic Portuguese traveler, is credited with the discovery of the sea route between Europe and India, which led to colonization in Asia. After many sailors lost their lives in storms and shipwrecks on the sea, he successfully reached Calicut on the shore of India in 1498. Thus the history of colonization by the Portuguese for trading in spices began in the present South India. The years of his voyage are part of the Discovery Age in the chronicle of exploration. His voyage to India introduced the European nations to Indian spices and other resources. Vasco da Gama had led two voyages to India – the first and the fourth with a gap of four years between them. It is the exploring traveler in him who bridged the distance between Europe and India despite their huge linguistic differences. 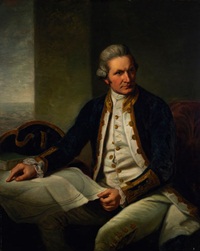 Captain James Cook who was an avid explorer, disciplined planner, keen observer, genuine recorder, and careful mapper embodied the spirit of an independent traveler. Driven by intense curiosity about the unknown, he set out on an exploration drive across the Pacific Ocean and sailed thousands of miles in three voyages. He mapped the uncharted areas from New Zealand to Hawaii in great details. He is remembered for the map of the Pacific that he created by exploring and mapping New Zealand and the east coast of Australia. He was clubbed to death in Hawaii during the third voyage in 1779. The notes that he left behind express his keen interest in the geographical and cultural diversity of the regions whose native languages were not known to him.

Indian Eagle salutes to the patriotic spirit of the Bangladeshi martyrs and the invincible courage of the travelers who do not see their inability to communicate in other languages of the world as an obstacle.