The pandemic has been an unprecedented period of time for the aviation and hospitality industries. It took a heavy toll on airlines, airports and travel agencies by bringing flights down and keeping travelers indoors. Hundreds of thousands of flight cancellations, in view of airspace and border closure between countries, initiated gradual depletion of cash reserves for airlines and airports, leaving millions of travelers pleading for refunds. When the pandemic started intruding the borders of India early in March 2020, the government called for the suspension of international passenger flights. 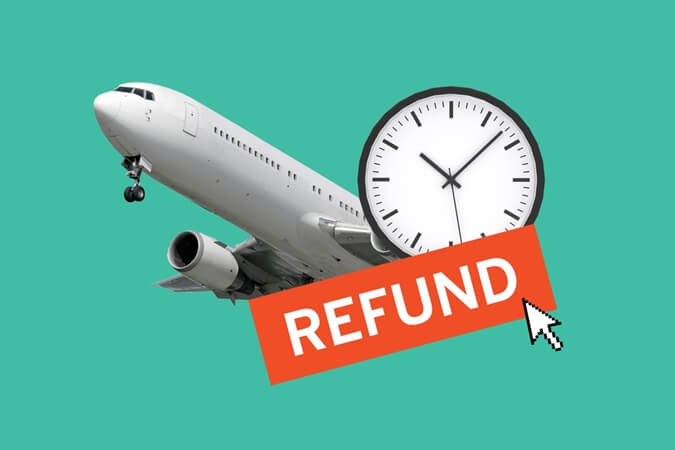 Owing to the domino effect of the pandemic, trip cancellations and flight suspension led to a mounting backlog of refund requests, which airlines took an unexpectedly longer time to clear. Many people’s thousands of dollars, over cancellation of their business class flights, were/ have been stuck with airlines for months. It has been giving a tough time to air-ticketing agencies that actually have no control over the inordinate refund delay. Agencies have had hard times explaining their limits to travelers regarding the release of refunds. It has been a herculean task for agencies to get the refund process initiated by airlines.

What came as a surprise to air travelers this week is that 16 major international airlines pledged to reimburse passengers within 7 days of flight cancellation. These airlines include Air France, KLM, Lufthansa, British Airways, Alitalia, Brussels Airlines, Austrian Airlines, EasyJet, Ryanair, Iberia, Norwegian Airlines, TAP Air Portugal, and Aegean Airlines. These airlines have also committed to provide unambiguous information about travelers’ rights to refunds in the event of a possible cancellation.

Many people who cancelled their trips to avoid travel in the wake of the pandemic before the flights were suspended by their airlines or destination countries were actually not eligible for full refunds. That’s why the airlines involved in dialogues decided to make a clear distinction between flight suspensions by them and trip cancellations by travelers themselves, in order to clear all the confusion about inordinate refund delay. The airlines have pledged to detail out on their websites and in emails the available refund options that a traveler can choose in case of flight cancellation.

Initially, in order to refund cancelled flights, the airlines issued travel vouchers due to their depleting cash reserves, which the passengers were not happy about. Reportedly, the above-mentioned 16 airlines committed to issue vouchers only if their passengers willingly choose that refund option. It has also been made clear that the value of unused vouchers issued in the first few months of the pandemic can be credited to passengers if they want.

Another highlight of the official statement by the European Commission is that travelers who booked flights to India and other destinations through an online travel-booking portal or a travel agent can now contact the airline directly if they are still waiting for their refunds. “With the refund period extending over 12 months, we advised our customers to contact the airlines at times. But the airlines direct them back to us. What we and other travel agencies can do their best is to raise refund requests with the airlines and follow up on the same,” said the chief customer support officer from Indian Eagle, a leading air-ticketing agency.

While American, European and Gulf airlines have cleared the backlog of refund requests to a great extent, Air India does still owe Rs 250 crore of refunds to the passengers whose travel was affected by the pandemic. Rs 130 crore has been refunded for the cancelled Air India flights so far since the airline started the process in July 2021. Reportedly, the airline was supposed to initiate an automated refund system for passengers in India and abroad.