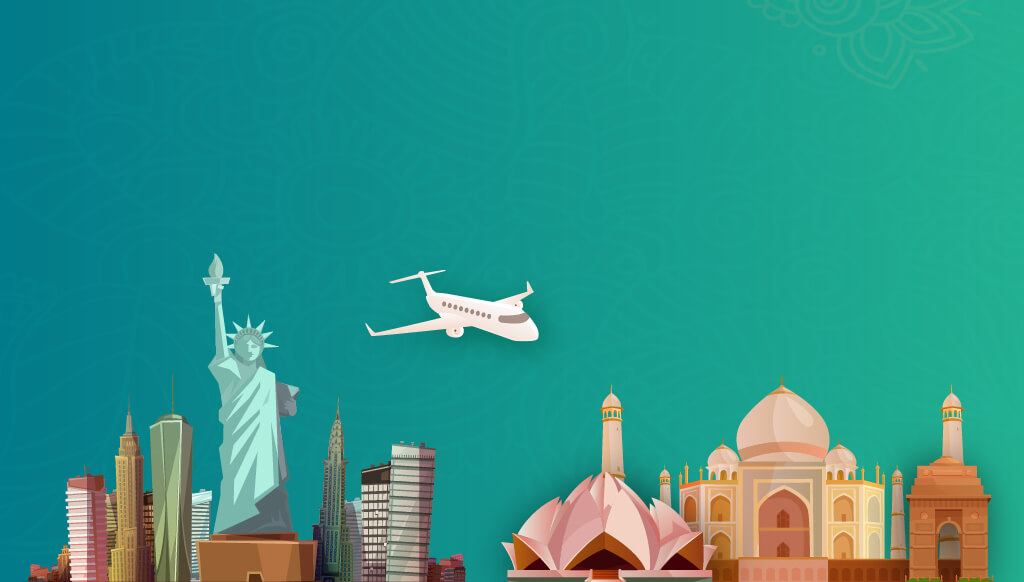 A travel pass or digital health passport is gaining momentum as a key to unlock air travel across geographies. The travel between USA and India won’t be an exception to this in 2021. In the second half of 2020, IATA called for a digital heath passport as a global solution to facilitate air travel amid country-specific entry requirements, visa restrictions, border closure, etc. The IATA Travel Pass is all set for a pilot trial with the objective of “informing travelers on what tests, vaccines and other measures they need prior to travel, enabling them to share their test results and vaccination reports in a verifiable, safe manner and giving governments the confidence to reopen the borders.”

Reportedly, Etihad Airways and Emirates Airlines are the first carriers to use the IATA Travel Pass in order to collect their passengers’ COVID test results or vaccination reports and verify their eligibility for hassle-free travel on select routes initially. On successful completion of the trial, the Gulf airlines will roll out IATA’s travel app across their global networks. Emirates Airlines plans to launch a trial of the app in April. The IATA Travel Pass will help airlines share their passengers’ COVID health status and eligibility information with destination countries’ airport authorities.

With effect from January 23, American Airlines requires its international passengers to use a digital health passport, VeriFLY app, to provide a proof of their negative COVID health status and check whether they meet other travel requirements for entry to the US or other countries.

Emirates Airlines’ operations for Seattle, San Francisco, Orlando, Dallas, and New York JFK have remained suspended for months. Starting this February, the airline will revive the suspended routes in a phased manner. In Emirates Airlines’ USA network, Seattle and New York are the first to see the resumption of Emirates flights on February 1, 2021. Emirates will connect Seattle to India with weekly four flights via Dubai. From February 1, Emirates Airlines will not only resume flying to but also increase the frequency of its operations to New York JFK Airport. Of all the airlines operating flights between New York and India, Emirates will fly to New York JFK twice a day.

The next phase of resumption starting on March 2, 2021 will see Emirates flights back to Dallas and San Francisco. The frequency of Emirates flights to DFW International Airport, Texas will be four times a week and the airline will be flying to SFO Airport three times a week. Emirates flights to Los Angeles will become daily with effect on February 1. It means Indians in California will be able to travel on Emirates’ LAX to India flights via Dubai seven days a week.

Alaska Airlines and JetBlue will seamlessly connect travelers on Emirates flights from major 10 destinations in the United States this summer.

Immigration clearance at New Delhi Indira Gandhi Airport was an ordeal, at times, due to a huge rush of international arrivals on VBM and air bubble flights. Therefore, the airport has installed e-gates that completely automates the immigration clearance process and makes it contactless both for inbound and outbound travelers. New Delhi International Airport’s e-gates make faster passenger identity and document verification possible without human intervention, thereby eliminating the nuances of boarding long-haul flights in the last minute and particularly when the immigration checkpoint is staffed with limited manpower. The fast, automated, contactless immigration clearance process at India’s biggest and busiest airport will be operational in March 2021.

Seattle gets more connectivity to India in 2021

On the west coast, Seattle and San Francisco are the only cities to get better connected to India with both one-stop and nonstop flights. American Airlines’ nonstop flights from Seattle to Bengaluru, which was postponed from 2020 to 2021 due to the pandemic, will possibly be launched later this year. It is one of the most awaited routes between the USA and India in 2021. Seattle to Doha and Seattle to London Heathrow are the two new routes adding to the connectivity between India and the West Coast of USA.

From January 29, 2021, Qatar Airways’ four weekly services to Seattle will provide seamless one-stop connections to the airline’s destinations in India via Doha. By the end of March 2021, American Airlines will start flying from Seattle to London Heathrow – which will connect to India on British Airways’ codeshare flights. Currently, Seattle is served by Lufthansa and British Airways.

Traveling from Kempegowda Airport to Bengaluru City is faster, easier and a lot cheaper than before, with a train serving connecting the airport to the city. The end of 2020 saw the connection between Bengaluru International Airport and Bengaluru Railway Station, which makes commute to and from the city many times more cost-effective than other modes of transport. The new Kempegowda International Airport Halt Station (KIAD) is located near the airport and only 45 km away from the city.

Using the train service to and from BLR Airport, passengers traveling alone can avoid the vehicular traffic chaos in Bengaluru, ‘the most traffic congested city in the world’ as per a report published by The Economic Times in June 2020.

Starting on January 15, Air India enhanced the weekly frequency of its Chicago to Delhi nonstop flights. The airline started an additional flight on this route every Friday taking the frequency to 6 times a week. Besides, January 2021 saw the airline adding two new routes – SFO to BLR and ORD to HYD – to its nonstop services between USA and India.