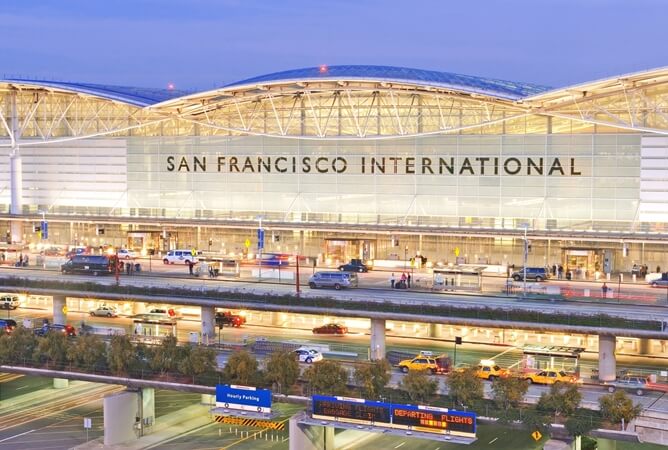 Wall Street Journal’s ‘2022 airport rankings’ report categorized 50 major US airports into two groups: one group of 20 largest airports and one group of 30 midsize airports. Reliability, convenience, and value were primarily factored in for the ranking of the 50 US airports against as many as 19 parameters. SFO Airport earned 72, the highest ‘reliability’ score; whereas Newark EWR Airport got the lowest ‘reliability’ score 7 among the 20 largest airports in the first group. On-time arrivals, on-time departures, average arrival delay, average departure delay, flight cancellations, and security checkpoint waiting times are among the 9 metrics of reliability on Wall Street Journal’s airport-ranking scale.

San Francisco Airport achieved the highest score, 69, in convenience being the second important ranking factor. Passenger satisfaction from check-in to baggage claim, walking distance from the terminal curb to the farthest gate, yelp rating of airport restaurants, and nonstop flights to/from the airport are among the ‘convenience’ metrics impacting the airport rankings in 2022. The total number of nonstop flights from San Francisco to India and other destinations put weight on the ‘convenience’ score of SFO Airport in the Wall Street Journal report.

A wide range of services and facilities define the best airport experience at SFO. Some of them are free, while some are payable. With nonstop Air India flights connecting San Francisco to Mumbai and Bengaluru starting this December, you should be in the know of the below five services that can make your travel to/from San Francisco a great experience.

SFO Airport Medical Clinic: Among the services available at SFO Airport, the Medical Clinic offers travel medicine, provides urgent care, and conducts medical immigration exams. It is a state-of-the-art facility with diagnostic, pharmacy and clinical therapy services. Reportedly, it provides the best travel medicine to help passengers stay healthy during departure from and on arrival to San Francisco Int. Airport. In the wake of a medical emergency, you can seek urgent care at the Medical Clinic, SFO Airport.

SFO Airport Butler Service: Similar to the Meet and Greet service at Indian airports, the butler service at San Francisco Airport is a paid service that Indians can hire for the convenience of their visiting elderly parents flying in or out unaccompanied. Non-English-speaking travelers can have the best airport experience with the butler service. The SFO Airport Butler helps with check-in, boarding, retail shopping, baggage, ground transportation, etc. You can also hire a butler for assistance with a connecting flight or during flight delay/cancellation. The airport butler service can be booked by calling 855.822.9868.

SFO Airport Yoga Room: Located in the post-security areas of Terminal 2 and Terminal 3 at SFO Airport, the yoga rooms are among the few best kept secrets for travelers. Available for free from 7:30 am to 10:30 pm, the yoga rooms offer a retreat to rejuvenation and tranquility at the busiest airport in the Bay Area. You can practice yoga prior to boarding and breathe out your anxiety of traveling by air. The yoga rooms are dimly lit and steeped in silence.

SFO Airport SkyTerrace: Among the free facilities at San Francisco Airport, SkyTerrace is a newly opened outdoor observation deck located in the pre-security area of Terminal 2. You can access SFO Airport’s SkyTerrace without a ticket or boarding pass and take in 180-degree views of the airport’s busiest intersection of four runways to kill your time gently during a flight delay or after seeing off your family or friends flying out. The SkyTerrace is open from Friday to Monday. You can enjoy food and beverages while spotting planes at the open-air vantage point.

SFO Airport Museum: Named Louis A. Turpen Aviation Museum and Library, the museum offers an insightful walk through the history of commercial aviation and the chronicles of San Francisco Airport. Interestingly, one of the museum galleries features a portrait of Captain Zoya Agarwal; the first Indian pilot to be honored by a foreign airport museum for her phenomenal accomplishments in the skies. Located before security checkpoints at the International Terminal Departures Level, the SFO Airport Museum offers free entry to its enlightening exhibitions on various subjects, from 10 am to 4;30 pm daily. There is a video arts room where you can watch a great selection of short films.

This exclusive article is brought to you by Travel Beats, a one-stop portal for all US to India travel news and stories. Travel Beats is a subsidiary of IndianEagle.com, a most trusted travel-booking partner of Indians in America. You can grab low fare deals for Air India flights to India, and cheap one-stop flight tickets to India from USA on Indian Eagle.