The Maharaja Express, one of the best luxury trains in India, will be operated on a new route from Delhi to Goa and Kerala via Mumbai in the Konkan Coast during monsoons the next year 2016. It will enable tourists to enjoy train travel during monsoon in southwest India, the best time to visit Goa and Kerala. 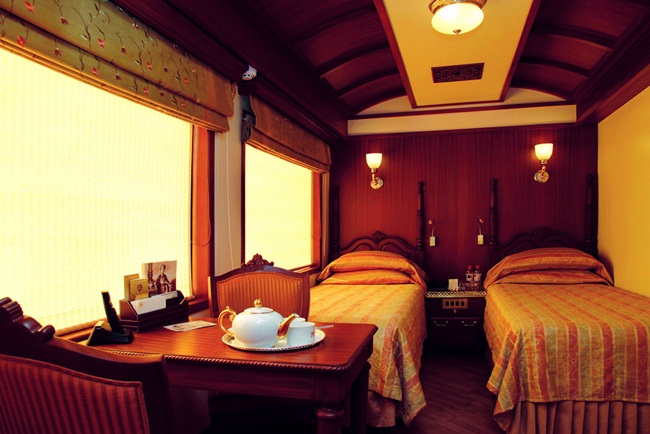 Monsoon travel to Kerala and Goa is a lot cheaper because of cheap hotel deals and cheap flights to India. Kerala, the Indian state of backwaters, is much greener, and Goa, the best Indian destination for beach party, is a lot cheaper in monsoon than in other times of the year. Luxury train travel by the Maharaja Express via the Konkan region is another reason to travel to India during monsoon.

Suresh Prabhu, Minister of Indian Railways, said that a special holiday train from Delhi to Goa via Mumbai would be introduced during the peak tourist season of India spanning from November to February. One-way travel by the Maharaja Express on the Delhi-Mumbai-Goa route may cost up to USD 4,000 (2.5 Lakh INR).