Tourists will see replicas of Kolkata’s hand-pulled rickshaws among the exhibits of museums in India and abroad in the next few years. Hand-pulled rickshaws will soon be replaced with batter-operated modern vehicles from the streets of Kolkata as the Government of West Bengal is up with a rehabilitation plan for 6,000 rickshaw pullers, and activists as well as social critics have been calling for the ban of these rickshaws. Like tea, tram, cricket and Gothic architecture, the hand-pulled rickshaw is a British heritage in Kolkata’s colonial treasure. These light-weight, wooden rickshaws pulled by men of thin & sturdy body frame, wrapped in lungi from the waistline till knee joint, through waterlogged lanes and crowded marketplaces are unique to Kolkata’s identity in contrast to the city’s modern infrastructure with skyscrapers and flyovers. Indian Eagle reflects about the hand-pulled rickshaws which Kolkata streets are going to say goodbye to and miss in the coming days. 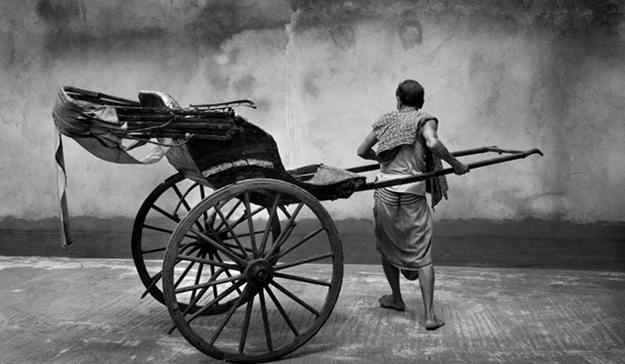 Since the end of the 19th century, hand-pulled rickshaws have been plying the streets of Kolkata. They have witnessed to and remained an integral part of Kolkata’s socio-economic evolution for over 100 years. 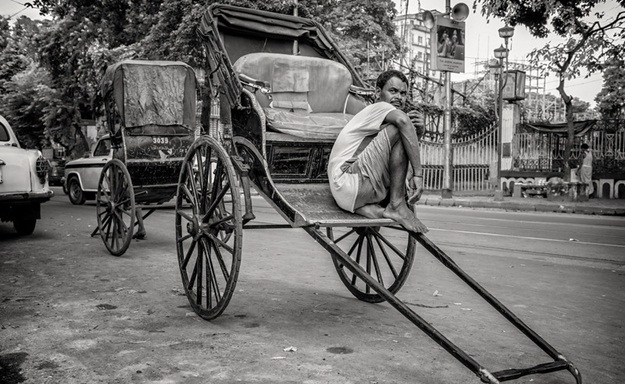 Foreign tourists identify Kolkata City with the Victoria Memorial, the Howrah Bridge and these hand-pulled rickshaws. They regard it as a cultural icon of the city, irrespective of the stories of inhumanity and cruelty that social critics and activists have attributed to the city’s unbarred use of man-powered rickshaws. 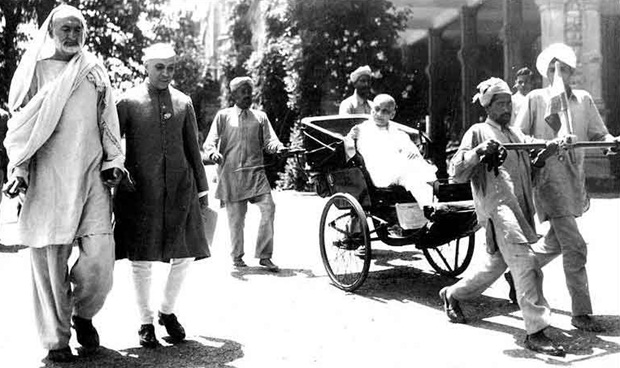 Kolkata’s legacy of hand-pulled rickshaws dates back to Shimla, which was the summer capital for the officials of the East India Company in British India. The Shimla rickshaw was an iron vehicle. It was so heavy that four men were required to pull it. This medium of local transport was a favorite of the British ladies in India in the 1880s.

By the time the wooden version of the Japanese rickshaw made its way to Calcutta, the then capital of British India, in the 1890s, the city’s aristocratic families and zamindars (landlords) used to ride palanquins. The man-pulled, embellished palanquin was a symbol of the elite’s socio-economic status. Soon, hand-pulled rickshaw became the middleclass people’s (Bourgeois) answer to palanquins. 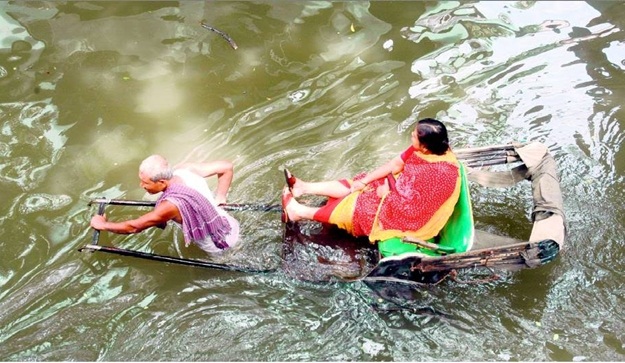 In the post-independence era of India, the hand-pulled rickshaw that the British had introduced to Calcutta to exercise their authority and establish their supremacy over the poor Indians became a means of sustenance to the immigrants from West Bengal’s neighboring states: Bihar and Odisha. It provided the immigrants from Bangladesh with livelihood in during and after 1971’s Liberation War. 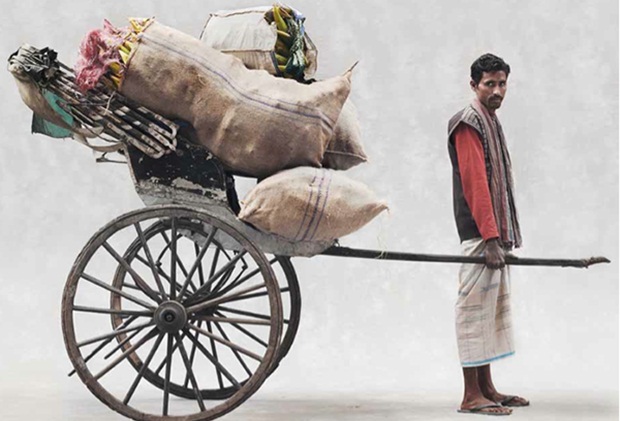 In Kolkata, a rickshawwallah’s day starts early in the morning at 5 o’clock and ends by late in the evening through a schedule of strenuous labor at daytime. They deliver goods from one place to the other, carry children to schools and take them back to homes, and carry women to nearby local markets. After a short rest in the afternoon, they continue plying the streets and lanes of north and central Kolkata till late evening. 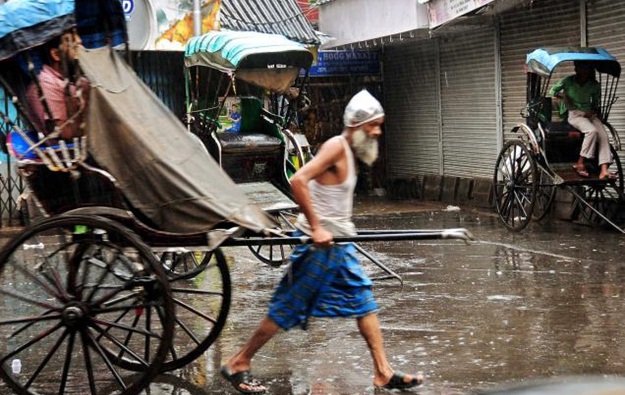 Hand-pulled rickshaws offer respite when the lanes and alleys of the old part of the city are impassable to taxis, cars and autos due to waterlogging in the thick of monsoon. The rickshaws keep passengers above the logged water and swim through the flooded streets of Kolkata.

Kolkata is the only Indian city to keep up with the hand-pulled rickshaw, while this mode of transport pulled by one human being for the other has been rolled back from the rest of Asia. That is why Kolkata often draws flak from the advocates of human rights. When the Communists came to power in China, they banned this rickshaw. 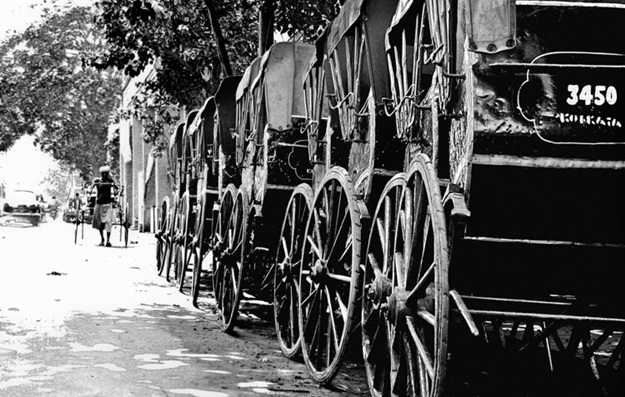 Kolkata does currently have 18,000 rickshaw pullers and 6000 rickshaws. Not all of them are licensed by the municipality. Japan, Hong Kong, Singapore, Indonesia, Malaysia, and other Asian countries have done with such lowly and laborious profession as pulling of rickshaws by the end of the 20th century. 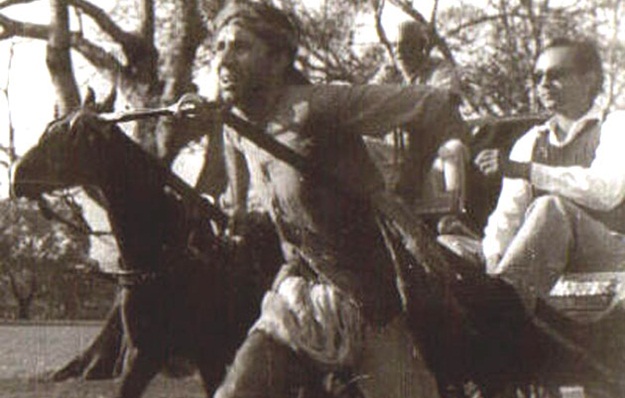 Kolkata’s hand-pulled rickshaws are mentioned in many literary books and featured in films of different languages. It plays the protagonist in Rudyard Kipling’s ‘The Phantom Rickshaw’. The story is set in Shimla of the 1980s. Greg Vore, an international travel photographer, researched on the life, role and history of hand-pulled rickshaws in Kolkata and Bangladesh. Bimal Roy’s classic Do Bigha Zamin (released in 1953) tells the story of a farmer who becomes a rickshaw wallah in the then Calcutta.

Kolkata is a rare mélange of the past and the present, which never fails to enchant artists, poets, writers, filmmakers, photographers and tourists. Booking the cheapest flight to Kolkata at Indian Eagle is the best opportunity to visit the city during Durga Puja 2016.