The United States will ring in the New Year 2019 with the Trump Administration’s new definition of employment and specialty occupations as part of the Department of Homeland Security’s Unified Fall Agenda for H1B visa reforms in the interest of American workers. Yes, the definition of employment and specialty occupations is likely to be revised in President Trump’s proposal on restrictive changes in H1B visas by January 2019.

It is said in the DHS Unified Fall Agenda 2018 that the proposal to amend the definition of employment and specialty occupations is aimed at making sure that only the best and brightest foreign professionals join the US workforce via the H1B visa program. Trump’s Unified Fall Agenda also seeks to redefine employer-employee relationship for the sake of American workers. 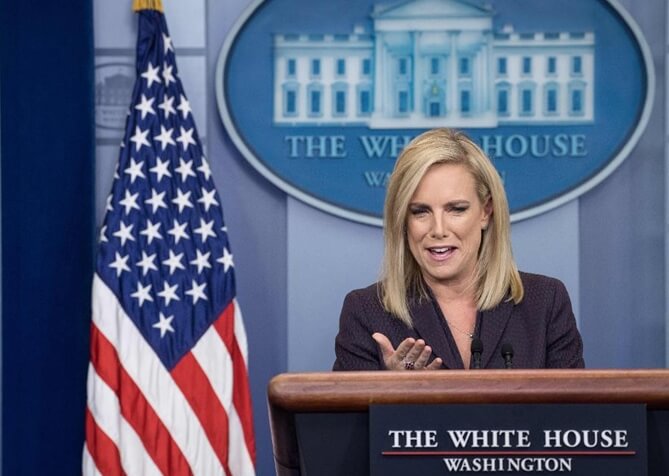 Apart this, the United Fall Agenda includes additional norms for US employers hiring foreign nationals on non-immigrant work visas to ensure that H1B visa workers are adequately paid. A few cases of low or entry-level wages to H1B employees, in violation of the labor provisions under the H1B visa program were reported in 2108. Consequently, it prompted the Trump administration to think of additional requirements to ensure that US employers comply with the labor provisions.

In September 2018, People Tech Group Inc, a Redmond-based IT staffing company having its presence in Hyderabad and Bengaluru, was found guilty of paying very low wages to its 12 H1B employees. The US Department of Labor Wage and Hour Division (DLWHD) directed the company to recompense the H1B workers with over $300,000, in addition to slapping a penalty of $45,000 on it.

In a similar case preceding the above by 4 months, the US Department of Labor had ordered the Indian American owner of Cloudwick Technologies Inc, a California-based IT firm, to pay $173,044 in compensation to its H1B employees who were given a trifling $800 per month instead of a monthly salary of up to $8,300.

In addition, an H1B cap pre-registration system has been proposed in the DHS Unified Fall Agenda 2018. It is intended to facilitate the filing of only pre-selected applications for H1B visa. The agenda bars individuals from filing duplicate applications on behalf of the same alien temporary workers. Provisions to overhaul the H1B filing process as a more efficient and accurate one for applicants subject to the annual numerical cap have also been sought in the DHS Unified Fall Agenda.

In the Unified Fall Agenda 2018, the Department of Homeland Security has sought to launch a fool-proof electronic registration program for applications having the annual numerical cap in the nonimmigrant category. Apparently, it will help the US Citizenship and Immigration Services (USCIS) manage the selection process for H1B applications, at a higher level of efficiency since the demand for specialty professionals on H1B visa surpasses the limit every year.

Also Check: Pros and Cons of US  Public Charge Rule for Immigrants

The proposal to revoke the 2015 Obama Rule which entitled H4 visa holders to work permits in the USA, features in the DHS Unified Fall Agenda 2018. Dependent Indian spouses on H4 visa, who constitute a greater number of beneficiaries of the Obama-era rule, will largely be impacted by revocation of work authorization. However, the Department of Homeland Security is looking to categorize certain H4 visa holders as a class of aliens and exempt them from its move to revoke the Obama-era rule. It is still in the proposed rule making phase.

Unsurprisingly, the DHS Unified Fall Agenda 2018 seems to coincide with the White House’s agenda to put visa and immigration issues back on the front burner. The way changes to H1B as well as H4 are proposed and public charge rule is focused on in the Unified Fall Agenda 2018, is being speculated to cause adversities to Indian IT companies.

Also Check: Details of New Nonstop Flights within and from USA

Efforts to curb chain migration and legal immigration are also focused on in the Unified Fall Agenda which will come into effect from January 2019.