Delhi is full of wonders. Some are popularly known, while some are hidden in the lanes and alleys of the centuries-old historic city. With new tourist attractions such as Madame Tussauds Museum and Abdul Kalam Memorial museum making their way among the best things to see in Delhi, the city never falls short of wooing visitors. The Human Library of Delhi is the latest addition to the cityscape.

The Delhi Human Library may not be a wonder to visitors from San Diego, New York and Chicago which got human libraries quite some time back. There is a human library in London too. However, it’s an altogether new concept in India, where though grandmothers were the best human storytellers in the bygone decades. Indore got the first human library in India, and Hyderabad was the second Indian city to get a human library. Now it’s in Delhi.

Copenhagen, the capital of Denmark, is the origin of the first-ever human library in the world. The ‘Human Library’ concept was introduced by Ronni Abergel and his brother during a youth movement named ‘Stop the Violence’ in 2000. It replaced hardcovers with ‘human books’ to bridge between people through empathetic power of real life stories which are far stranger and more exciting than fictions in traditional books. The Human Library of Copenhagen found its way through over 70 countries, including USA, Australia and the UK. 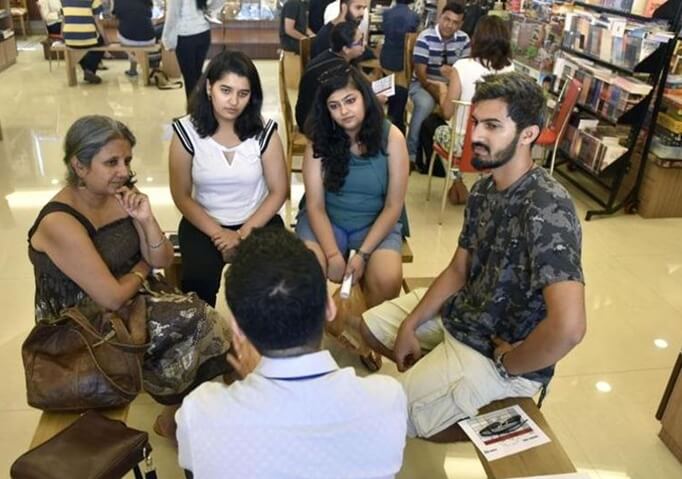 Human libraries across the world are trying to restore the lost connection between humans in real. The inexplicable pleasure of listening to heart-warming, life-changing, soul-stirring, fulfilling stories of people from people is lost amidst clutters of social media feeds in the current times of information overload. Human stories are real-life experiences about prejudices, stereotypes, social stigmas, extraordinary feats, philanthropy, solo travel, etc., which often remain untold and unheard of.

The Delhi Human Library will be inaugurated on June 18, 2017. The first session of the Delhi Human Library will continue from 2pm till 7pm on the same day. It has the same model as that of the Hyderabad Human Library where ‘human books’ are borrowed for every 20 minutes. ‘Human books’ are knowledgeable people including subject matter experts and those having shareable personal experiences from different walks of life. They volunteer to read out stories and tell their own stories to others at an interpersonal level.

According to Neha Singh, the book depot manager at the Delhi Human Library in Connaught Place, ‘human books’ have been selected from 11 different categories based on their interest and knowledge for the first event on June 18. They include a history chronicler, a female solo traveler, a cancer survivor, a Buddhism practitioner, a recovering drug abuser, a bullying victim, and a tea-seller turned author. Story lovers can take their picks from among these ‘human books’ on the first come, first served basis.

If you are in quest of contemporary stories about India and its people, make sure to visit the Human Library in Delhi. The stories which are not found even at the hidden tourist places in bylanes of Old Delhi may be told and shared at the Delhi Human Library. After all, human life itself is a never-ending story full of twists and turns.