Differences come up between Bengaluru and New Delhi when these two Indian cities are compared to each other. Despite differences, they have one thing in common, and that is talent. Recently two New Delhi students won the Grand NASA Prize 2017 for their underwater human settlement project. Bengaluru is not lagging behind. A 16-year-old Bengaluru schoolgirl joined the elite club of extraordinary young Indians for having got a planet named after her.

Sahithi Pingali, a class 12 student of Inventure Academy, is the Bengaluru city girl whose name inspired the name of a planet in the Milky Way galaxy. One of the rarest distinctions in the world, this honor came her way as a reward for her extensive, insightful study on the pollution of lakes across Bengaluru City.

Sahithi Pingali participated in the Intel International Science and Engineering Fair (ISEF), one of the most prestigious pre-college-level science competitions in the world, and became one of the 2,000 finalists for her research paper, “An Innovative Crowdsourcing Approach to Monitoring Freshwater Bodies.” 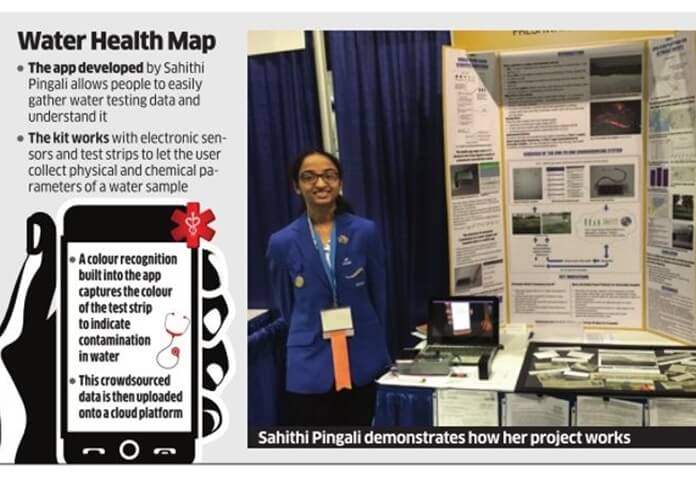 The paper contains her valuable insights into how to tackle foaming buildups of pollutants on the surface of lakes, which the Bengaluru girl Sahithi Pingali gathered through her self-programed mobile phone app and using her self-made lake monitoring kit to crowdsource data on environmental issues. The paper was so interesting and impressive that she won the second prize in the Earth and Environment Sciences category of the Intel International Science and Engineering Fair held in Los Angeles.

Bengaluru, once upon a time the city of lakes, was referred to as a ‘city of burning lakes’ in an article published on TheGuardian.com and dated March 1, 2017. On the evening of February 16, the middle of Bellandur Lake, the biggest in Bengaluru City, caught fire which raged on for 12 hours. The reckless dumping of waste and channeling of untreated sewage containing effluents into the lakes of the city is not only plaguing the public health but also creating water scarcity in the city. According to the article, it is one of the reasons why scientists at Indian Institute of Science Bangalore think the Silicon Valley of India will be uninhabitable by 2025. 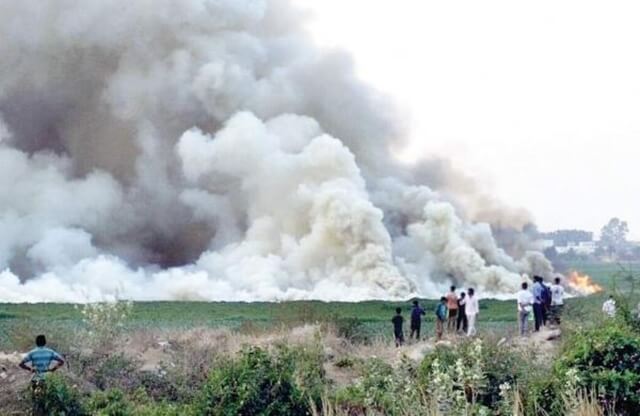 Sahithi Pingali’s award-winning study on the pollution of Bengaluru city lakes is expected to help scientists protect the city from environmental calamities, and millions of people from health hazards. No wonder why she is now among the fewer than 15000 people in the word who treasure the honor of having minor planets named after them. Bengaluru girl Sahithi Pingali is also an intern at the Civil & Environmental Engineering Department of the University of Michigan.

Sahithi Pingali took home three awards including the above-mentioned second prize out of the 21 awards bagged by the Indian participants in the Intel International Science and Engineering Fair, Los Angeles. The minor planet in the Milky Way galaxy is named after her by the Lincoln Laboratory of the Massachusetts Institute of Technology (MIT) in USA, which has the right to name minor planets after outstanding achievers in science and technology.

Sahithi Pingali’s self-engineered mobile app helps users collect water-testing data from a cloud platform and understand it easily. The app works on test strips by means of electronic sensors to check the physical and chemical properties of a water sample, irrespective of its source. An in-built recognition and mapping feature of the app indicates the level of impurity in water based on the color of the test strip. This data is stored on a cloud platform, which she calls a ‘water health map.’

Apart from the planet named after her, Bengaluru girl Sahithi Pingali has treasured several laurels such as the Grand Award at the IRIS Science Fair in Pune, and the gold medal at the International Sustainable World Engineering Energy Environment Project (ISWEEEP) Olympiad in Houston.

Travel Beats is an Indian community portal by Indian Eagle, a leading international travel booking organization. We celebrate the achievements of young Indians across the world and publish the Indian Diaspora news besides sharing updates on air travel, India tourism, US visa and immigration.