The Washington DC South Asian Film Festival, a three-day cultural extravaganza, came to an end with the award ceremony, yesterday. The most engaging Washington DC event concluded with lots of happy notes for the Indian films which stole the show with a mixed audience of Americans and Indian Americans. Inaugurated by Frank Islam, a renowned Indian-American entrepreneur and philanthropist, the DCSAFF 2015 awarded some of the Indian films, their directors and actors in different categories. Indian Eagle lists the winners of the Washington DCSAFF 2015 below:

A moment of pride for the Bengali community at home and abroad! Kadambari starring the National Award winning actress Konkona Sen Sharma in the lead won the Best Film Award at the Washington DC South Asian Film Festival yesterday. Directed by renowned filmmaker Suman Ghosh, Kadambari is a take on the indefinable relationship of the Nobel Laureate Rabindranath Tagore and his elder sister-in-law within the confines of the Jorasanko Thakurbari in Kolkata. 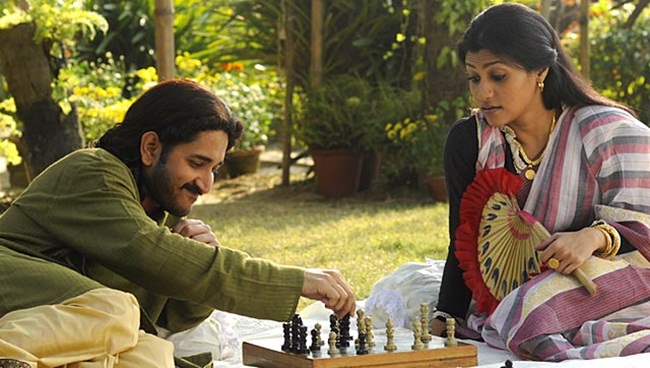 Titled after the Bard of Bengal’s sister-in-law, Kadambari, who was his muse, the film is the first celluloid adaptation of the stories interpreting and misinterpreting the relationship of an artist and his muse. Kadambari was screened at the Hyderabad Bengali Film Festival 2015 in June and elicited a mixed response from the audience in Hyderabad, India. Filmmaker Suman Ghosh is an Economics professor at Florida Atlantic University.

Of the Indian films screened at the 4th Washington DC South Asian Film Festival, Chaitanya Tamhane won the Best Director Award for his debut film Court. The National Award winning Marathi film, Court is India’s official submission for the Oscars 2016 in the Best Foreign Language Film category. Based on a real life story, it is a critical commentary on the Indian judicial system and how it affects the lives of common men. The first premiere of Court was held at the 71st Venice International Film Festival 2014. It has been felicitated with awards and honors at 18 international film festivals across the globe.

Rough Book by actor-director Ananth Mahadevan is awarded in the Best Story category at the DCSAFF 2015. Rough Book, a slice of life, highlights some critical issues with the contemporary education system in India through the eyes of a physics teacher. The protagonist is essayed by critically acclaimed actress Tannishtha Chatterjee whose Angry Indian Goddesses was the first runner up at the recently held Toronto International Film Festival.

The Washington DC South Asian Film Festival felicitated eminent actor-director Aparna Sen with a Special Achievement Award. The opening night of this prestigious Washington DC event saw screening of her Saari Raat (All Night Along) starring her daughter Konkona Sen Sharma in the lead. The film depicts how a stormy night changes the life of a newly married couple during a vacation. Saari Raat was first premiered at the New York Indian Film Festival 2015. Aparna Sen is one of the few who worked with legendary Satyajit Ray in Indian Cinema.

Kishor Kadam, who played the protagonist in search of his biological family after the character was picked as a foundling from the street and brought up by a poor family in the Marathi film Partu, won the Best Actor award. Partu is directed by Indian-American filmmaker Nitin Adsul. Partu was titled the Best Film in the audience award category.

However, it is Konkona Sen Sharma who stole the show at the Washington DC South Asian Film Fest this year. She won the crown of the Best Actress for her title role in Kadambari.

We at Indian Eagle congratulate the winners of the 4th Washington DC South Asian Film Festival and rejoice in their success!