All the speculations and apprehensions about immigration enforcement across the US culminated in the release of two memos by the US Department of Homeland Security, hardening and enforcing the Trump administration’s immigration policies. The couple of directives to execute President Donald Trump’s immigration plans put 11 million undocumented immigrants on the verge of deportation. The 11 million illegal immigrants, who are likely to be deported from USA, include nearly 300,000 Indian Americans.

There are approximately 4 million Indians in America constituting only 1% of the total US population. The Indian American community is recognized for their contributions to the socio-economic progress of USA. Recently, United States Citizenship and Immigration Services (USCIS) honored seven Indian Americans with the ‘Outstanding American by Choice’ award for being responsible and sincere citizens of the US. However, the 300,000 undocumented Indians in USA are likely to come under the axe of deportation in the Trump administration, according to the Department of Homeland Security. 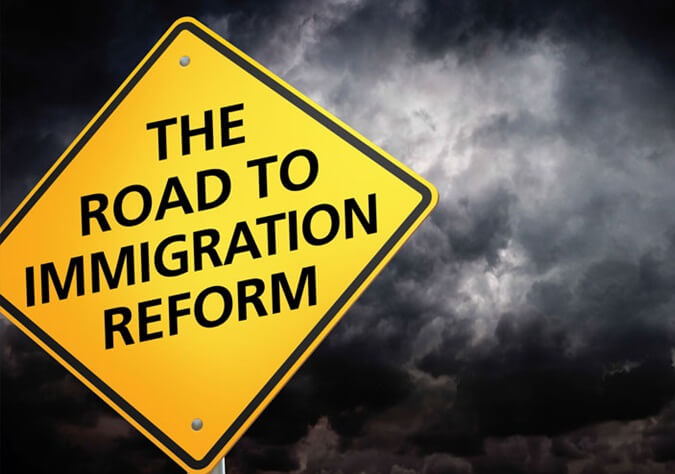 Though the main target of the enforcement memos and the immigration policies is illegal aliens or aliens with criminal records, the US Department of Homeland Security has broadened the ways for federal officers to apprehend those immigrants who seem a threat to the national security or who are found to violate the immigration laws.

Those overstaying their work related or non-work related immigrant visas in the US are also the targets of deportation. The Department of Homeland Security has mandated deportation of those convicted of minor offenses like shoplifting or suspected of forgivable crimes unlike the Obama administration which put such minor offenses on low priority.

The immigrants who were suspected or convicted of US visa fraud are likelier to be deported than others. In the last few months of 2016, a few Indian Americans were arrested on the charges of H1B visa fraud. Recently, an Indian-origin woman pleaded guilty for her involvement in an H1B fraud scheme. She has been sentenced to imprisonment for 5 years and fined with USD 250,000.

According to the new immigration policies in the Trump administration, the Department of Homeland Security can apply advanced deportation provisions to those who have not been physically present in USA throughout the 2-year period prior to the declaration of their inadmissibility. Thus it seeks to deport inadmissible immigrants unless they are likely to be persecuted in their native countries, or they establish their claims for lawful immigration status.

Only “unaccompanied minors” among the illegal or inadmissible immigrants will be shown mercy and given special protections. Unlike border trespassers whom the US border patrol officers may expel without a legal hearing, those children will be put to interrogation by an asylum officer in the presence of a federal immigration judge. 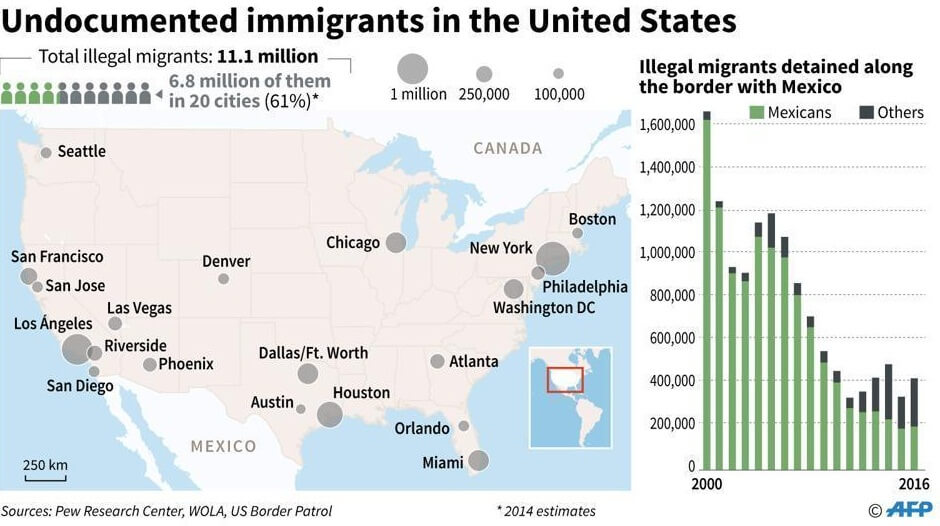 The US citizens and legal permanent residents (green card holders) are entitled to some Privacy Act rights, which were extended to undocumented immigrants in the Bush administration in 2009. It prevented one agency from sharing the private information of undocumented immigrants in USA with other agencies on grounds that they might be granted legal citizenship of America one day. But, the Department of Homeland Security has revoked the Privacy Act rights in the Trump administration citing the misuse of privacy protections as a threat to the national security.

Two decades ago, the US Senate passed a law ‘expedited removal’ to facilitate quick deportation of undocumented immigrants, without a trial or hearing in the court. But, the law has not been extensively used due to concerns about violation of the constitutional rights which are equally granted to all, regardless of their immigration status in USA. Now the Trump administration is looking to exercise the ‘expedited removal’ law as much as possible, citing that its limited use has led to a pile of over half a million immigration cases.

The Department of Homeland Security is gearing up to build a huge enforcement team that requires hiring of 10,000 more US Immigration and Customs agents, and 5,000 more US Customs and Border Protection agents, so that the new enforcement plans can be executed to depart 11 million illegal immigrants, including 300,000 Indian Americans, at a fast pace. New detention facilities will come up across the United States. But, the stringent hiring process, including a polygraph test of border patrol applicants, may not make it possible even in the next two years, according to John F. Kelly, secretary of the Homeland Security.

Travel Beats is a leading Indian American portal by Indian Eagle, a trusted partner of Indians in USA for booking their flights to India. Subscribe to Travel Beats’ free newsletter for the latest immigration, visa, air travel and community news.