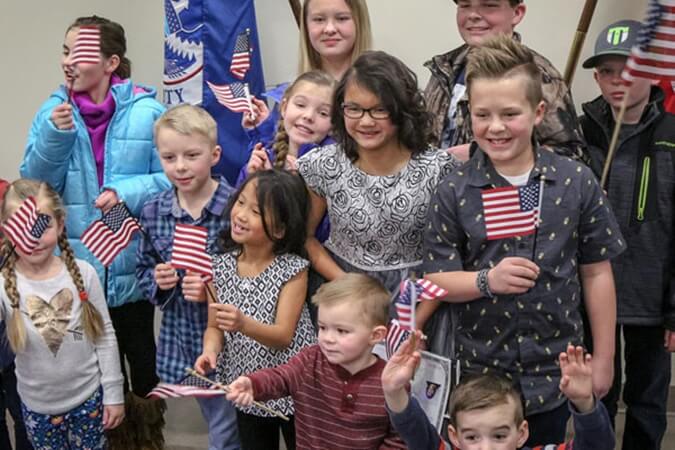 The way President Trump bared his mind to eliminate birthright citizenship for the US-born children of non-US citizens and undocumented immigrants resonates with his hardline immigration rhetoric. Seemingly unaware of the fact that the US is one of the 30 countries (including Canada) offering birthright citizenship, according to the Center for Immigration Studies,  Trump said in his interview with Axios on HBO:

“We’re the only country in the world where a person comes in, has a baby, and the baby is essentially a citizen of the United States for 85 years with all of those benefits. It’s ridiculous. It has to end…”

The US Constitution was amended 150 years ago (the 14th Amendment in 1868) to include and protect the right to citizenship for those born or naturalized on the American soil.

President Trump’s plan to erase the birthright citizenship guarantee in the 14th Amendment of the US Constitution has split up the nation into two different hemispheres; one supporting Trump, with immovable faith in his philosophy and the other condemning his plan as a ‘blatantly unconstitutional attempt to sow division’, thereby encouraging hate crimes against immigrants in the US.

One group of Trump’s defenders who are collectively referred to as immigration hardliners finds birthright citizenship a ‘great magnet for illegal immigration in the USA’, while the other group comprising his followers has thumbed down the prospects of ending birthright citizenship for the US-born children of immigrants. Notably, the American Civil Liberties Union has denounced Donald Trump’s plan to modify the 14th Amendment of the US Constitution.

Interestingly, a survey in 2015 by the Pew Research Center found that 37% of Americans questioned the relevance of birthright citizenship, before Trump rose to the presidential power. The number of babies born to undocumented immigrants meteorically rose to a whopping 370,000 in 2016, according to the Pew Research Center. The antagonists of birthright citizenship sarcastically call those babies ‘anchor babies’.

Nearly 200,000 Indian American children from a Microsoft engineer to ‘DALCA Kids’ (Deferred Action for Legal Childhood Arrivals) are caught up in the turbulence of immigration in the Trump regime. President Trump’s plan to end birthright citizenship may shatter the ecosystem of US immigration, according to legal scholars.