In current times when we don’t mind shelling out some extra bucks for personal space with seating comfort even in a multiplex theater, the idea of standing seats is pushing the envelope of economy air travel for budget flyers to what is unthinkable in the name of “groundbreaking evolution”.

Much to the surprise of those traveling on cheap economy flights, standing seats were unveiled in the recently held Aircraft Interior Expo in Hamburg, Germany. Aviointeriors introduced standing seats as a new version of SkyRider seats to help airlines infuse the Economy cabin with passengers beyond capacity on a flight and generate more revenue.

If airlines introduce the SkyRider 3.0 standing seats on planes and squeeze leg space to accommodate more passengers than a public transport bus does in India, you will have to choose between the cheapest airfare or discomfort on board. The standing seats allow leg space of only 23 inches, which is 7 inches shorter than the space available with normal seats in Economy. 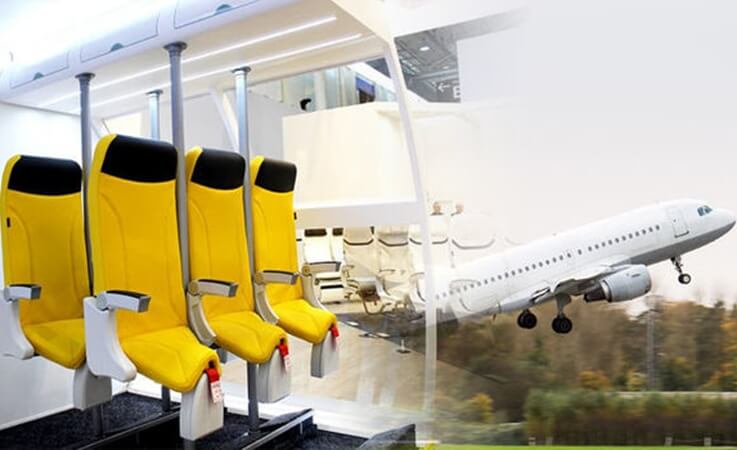 In an interview to CNN Travel, the Italian Company said, “We don’t want the whole of an Economy cabin to be equipped with our SkyRider 3.0 standing seats for hundreds of passengers on a flight. Rather, what we are looking forward to is a multiclass configuration of economy seats. It means that the Economy travel class will consist of standard economy, premium economy, basic economy and ultra-basic economy with standing seats.

Both basic economy and basic business types are unlike ultra-basic economy (currently an abstract vision). Neither of those new airfare types comes at the cost of travelers’ onboard seating comfort. Basic economy fares and basic business class tickets are cheaper as they come unbundled with trimmings in baggage allowance, on-ground incentives, or complimentary services.

Though a Twitter user described ultra-basic economy as a “fresh hell for budget airlines,” the otherwise revolutionary SkyRider 3.0 standing seats are fitting for airlines overbooking flights and overselling seats. Besides, budget airlines may make the most of standing seats for selling the cheapest flight tickets. Reportedly, the ultra-basic economy version of SkyRider seats might be installed on Ryanair, a European budget carrier.

While Aviointeriors compared SkyRider seats on planes to horse saddles and described SkyRider seating without recline as comfortable as horseback riding for hours, the unhappy Twitter users took a dig at it by comparing ultra-basic economy to public buses with dangling and jostling crowds of commuters in India. What if the horse goes erratic in behavior?

Needless to say, there are several possible disadvantages of standing seats on planes. Just imagine a co-passenger sitting just behind you fall over your shoulders if the plane is hit by turbulence. Just imagine siting belted on a SkyRider standing seat, with your back upright during landing.