Till date, 2019 has seen the best of Indian women at home and abroad. Bhawana Kanth became India’s first female fighter pilot in the air force; Simran Patil graduated from West Point Military Academy and made it to the US Army; a short film on 9-year-old Indian skateboarding girl is shortlisted for Oscars 2020. Indian girls and women across the world are breaking barriers, defying stereotypes, challenging traditional norms and redefining freedom. Travel Beats, an Indian American community portal, handpicked four stories of Indian women power and its role in redefining new-age freedom. 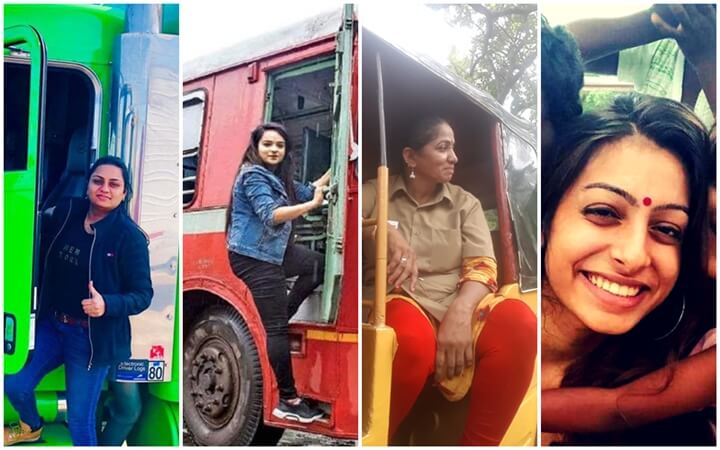 Among the few Indian women abroad scripting new stories of freedom from gender-based shackles is 29-year-old Mandeep Kaur Dhaliwal in Ontario near Los Angeles. She has been driving a truck and transporting merchandise from one state to the other for the past three years. At times, she transports goods from California to New York. Mandeep Kaur Dhaliwal is one of the nearly twelve Sikh women truck drivers in the United States.

Initially, she took odd jobs with restaurants and grocery stores after shifting to the US from Punjab. With people treating her as a personal servant, she decided to do what gave her work freedom. Remembering how happy she was driving a motorbike in her hometown, Mandeep Kaur Dhaliwal donned the hat of a truck driver thousands of miles away from Punjab. Gradually, she mastered the challenge of driving all by herself on long interstates.

“I am satisfied with my job because of the respect I receive. American truckers treat me better than my own desi people who sneer at Sikh women breaking barriers,” said Mandeep to India Abroad.

Among the few women having ushered in a new era of freedom just before the 73rd Independence Day of India is 24-year-old Pratiksha Das. Recently, she became the first female bus driver in Maharashtra having shattered gender stereotypes about what women are born not to do. She has always aspired to become an RTO officer and nurtured a passion for driving heavy vehicles including a 6-tonne bus. She started pursuing her passion with a bike when she was in the 8th grade. A driving license in heavy vehicles is an essential eligibility norm for an RTO career aspirant.

Since the first day of her training, Pratiksha Das of Mumbai has been dealing with judgmental glares alongside the challenge of driving on the bumpy roads with potholes crisscrossing the cityscape. Riding a bike to Ladakh and learning to fly an airplane are what Pratiksha Das, a mechanical engineer, is looking to do in the future.

“Where there is a will, there is a way.” 22-year-old Haimanti Sen of Mumbai has found space on the Kandivali Station skywalk to teach kids of the beggars reside in the vicinity. Since May 2018, she has been teaching over 20 kids, for free, to help enroll them in schools under the Right to Education Act.

While commuting to and from Kandivali Station, Haimanti Sen would often see the kids sitting on the stairs of the footbridge, begging or doing nothing. She felt for them and approached their parents to let her teach them, so that the kids could go to school. But, some of the parents dissuaded her saying, “Who will earn for the family if they go to school?”

However, Haimanti took it up as a mission and came up with interesting ways to attract the kids towards learning alphabets, numbers, wording, sentence formation, etc. She also teaches them how to maintain hygiene and piques their interest in extracurricular activities. Gradually, her mission has evolved into an NGO, Junoon.

PV Raji Ashok has been assuring freedom to female commuters in the dead of night for the past 20 years. Known as Raji Akka in Chennai, she never refuses a ride to women even after her 9-hour shift ends. She offers free rides to senior citizens and the needy. Women stepping out for an emergency in the middle of the night, working the graveyard shift, or catching a late-night flight do trust Chennai’s Auto Akka.

Hailing from Kerala, PV Raji Ashok shifted to Chennai from Coimbatore after the bomb blasts in 1998. She was an accountant at a travel agency in Coimbatore, but she found it difficult to get a decent job in Chennai. The failure of her several attempts to crack interviews made her take up driving an auto as a means of sustenance.

“It was not easy to be a female auto driver among a few hundreds of male auto drivers 20 years ago. I had moments of panic, moments of fear, moments of insecurity…” Chennai’s Raji Auto Akka reminisces. Apart from giving free auto-rickshaw driving lessons to women, she delivers a motivational keynote at colleges across Chennai.