Another Indian American made it to the C-suite of a major US airline. This week American Airlines confirmed the appointment of Ganesh Jayaram from Chicago as its next digital technology chief. Effective from September 1, he will be reporting to CEO Robert Isom as Chief Digital and Information Officer of American Airlines, the largest international carrier in North America. He is switching to aviation and taking to the skies from his 16-year-long career at John Deere, an Illinois-based global manufacturer of agricultural machinery, forestry machinery, diesel engines, and other heavy equipment. 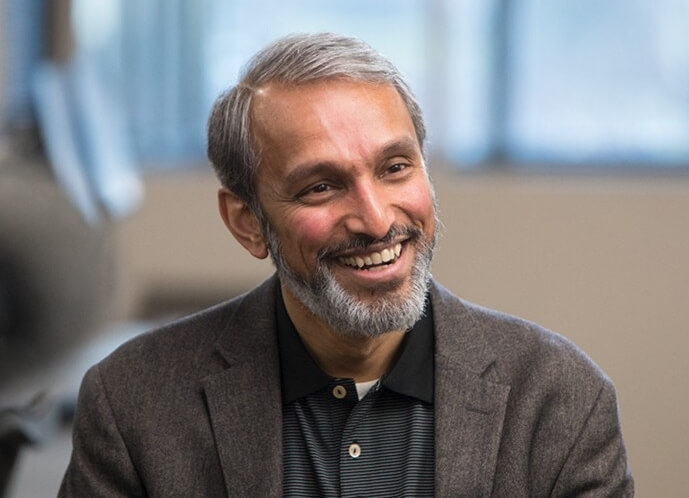 Vasu Raja is the first Indian American in the C-suite of the airline headquartered in Dallas/Fort Worth, Texas. As Chief Commercial Officer of American Airlines, Vasu Raja helms the airline’s revenue management, global network, fleet upgrade, loyalty program, partnerships, and global alliances. He was promoted from the ‘Chief Revenue Officer’ position that he served from June 2020 until December 2021. With an MBA degree from Georgetown University’s McDonough School of Business, he joined American Airlines in 2004, and since then, his career has been soaring higher in aviation.

Indian-origin Ganesh Jayaram is joining American Airlines especially when the US aviation continues to be hit by severe staffing shortages leading to operational delays, flight cancellations, route suspension, and customer dissatisfaction. With the pre-summer travel chaos extending to the fall, the United States’ understaffed airlines and airports are not able to keep pace with the post-pandemic travel boom. American Airlines alone has scaled down its November 2022 schedule by 31,000 flights, according to Cirium that provides data analytics solutions in aviation.

“The value delivery is important. We want to measure this through the lens of the customer,” said Ganesh Jayaram. Undoubtedly, he has been roped in to scale up the value delivery and drive up the customer experience at American Airlines by steering the complex technological system behind the booking of tickets and the coordination between a global network of flights and crew members. Initially, he will be striving to make the customer service and experience to be more friendly in the upcoming holiday season – which is nothing sort of a challenge given the mounting discontentment of travelers.

“Ganesh has a proven ability to drive innovation in large, complex global organizations that are focused on operational reliability. His leadership style, global expertise and success in building and implementing both business and technology strategies will serve him incredibly well as he steps in to lead our technology team. We eagerly look forward to having him join our c-suite,” said American Airlines’ CEO Robert Isom. In his new role, Jayaram will get the ball rolling, according to the technology roadmap he will define at various stages, to accentuate customer experiences.

From 2016 when he was Vice President for Information Technology till his current designation, Chief Information Officer at John Deere; Ganesh Jayaram has led “a global IT team of nearly 3,500 professionals to solve complex business challenges, deliver measurable business outcomes, drive the digital automation of internal operations, and engineer the transformation of the company into a Smart Industrial Leader,” according to his LinkedIn bio. In his career spanning 16 long years at John Deere, Jayaram donned several hats, including Vice President, Corporate Strategy and Business Development; Vice President, Sales and Marketing; Global Director, Business Insights and Enabling Solutions.

His pursuit of ‘American Dream’ began at the Boston Consulting Group where he worked for 6 years after earning a doctorate in materials science and engineering from Northwestern University, Illinois, in 1995. He had moved to the US with a B.Tech degree in ceramic engineering from the Institute of Technology at Banaras Hindu University in India.

This news story is part of our continued series of ‘American Dream’ stories of Indian immigrants in the US. Indians are not only playing the wind beneath the wings of airlines, but also setting a new benchmark for others. Recently, Air India’s Captain Zoya Agarwal, who has commanded the most challenging flights between USA and India, was inducted into the museum at San Francisco International Airport. Hope American Airlines will now accelerate its launch of nonstop Seattle to Bangalore flights which continues to be deferred.