What the US Department of Homeland Security said, in April 2019, about the four-year plan for implementation of the facial recognition system at all US airports for over 97% of commercial travelers departing the United States, is gaining momentum with the federal government planning to make biometric screening at airports mandatory for all travelers including US citizens.

The Department of Homeland Security’s latest proposal requiring all arriving and departing travelers to undergo biometric verification at airports across the country will officially be published in July 2020. The use of biometric technology for facial recognition has been growing by leaps and bounds since the initial rollout of the new identification system at 15 US airports by September 2018. 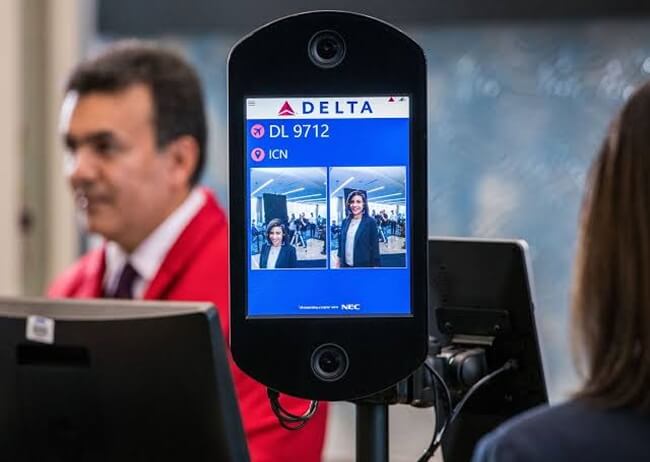 In the proposal, the federal agency sought to amend the existing regulations for seamless implementation of biometric screening at airports across USA as a fool-proof solution to stop immigrants’ visa overstay, prevent impostors from faking one’s travel documents, and identify criminals as well as suspected terrorists. The proposal is an extension of the Customs and Border Protection’s efforts to keep the US borders safe both from the inside and the outside.

The purpose of requiring not only inbound travelers but also US citizens to be photographed for biometric verification at airports, upon entry and departure, is bigger than that in the past few years. 15 airports using biometric technology for facial identification in the US have identified more than 7000 travelers, out of two millions, as those having overstayed their visa.

The DHS proposal to force biometric screening at airports on all US citizens has raised concerns about one’s constitutional right to privacy and is facing objections from citizen privacy advocates.

A senior policy analyst for the American Civil Liberties Union, Jay Stanley said that the Department of Homeland Security’s latest proposal is a flip to its past assurances that biometric technology for facial scanning at US airports would not be forced upon American Citizens. Referring to a recent data breach (June 2019) in which a malicious cyber-attack stole the photos of people’s faces and license plates from a contractor of Customs and Border Protection, Senator Edward J. Markey, a staunch critic of biometric screening at US airports, called on the DHS agency to withdraw the plans that require American citizens to submit to facial scans at airports.

Echoing the same data breach incident, Jay Stanley also said that US citizens’ privacy concerns are deepened by the government’s security failures in the past and lack of adequate safeguards. Though Congress legally authorized the collection of biometric data from foreign nationals and travelers, but there is no explicit legislation authorizing the same in case of US citizens.

In response to civil rights advocates, DHS said that privacy concerns are largely mitigated as photos of US citizens are now retained only for 12 hours, instead of 14 days. Airlines and airport authorities are being prohibited to keep face scans of travelers in their preserve for commercial purposes, according to the federal agency.

Hartsfield Jackson International Airport, Atlanta – the busiest airports in the world – is the first US airport to have set up the nation’s first fully biometric terminal, in association with Delta Airlines, to tighten aviation security and expedite the boarding process. Following a successful trail of biometric boarding at Los Angeles International Airport, Lufthansa Airlines is looking to expand it to other airports. Delta is aggressively promoting the benefits of biometric screening at its US hub airports. Lufthansa’s biometric boarding system comprises a number of automated kiosks integrating facial recognition technology.