The US Department of Homeland Security (DHS) is up with a cutting-edge biometric system to identify the foreigners overstaying their visas in nooks and corners of the United States. The latest DHS report reveals that nearly 740,000 foreigners, including visitors, workers, students and other professionals who came to the US on different visas, were supposed to go back home in 2016. But they didn’t leave USA though their visas expired. Among them are more than 30,000 Indians charged with visa overstay in USA.

The US Department of Homeland Security has been issued a directive to work closely with the Immigration and Customs Enforcement to identify those on the database of visa overstay in USA. An advanced biometric system, which has already been integrated to the existing security infrastructure of Atlanta’s Hartsfield-Jackson International Airport, is one of the technological initiatives to cut visa overstay in USA. 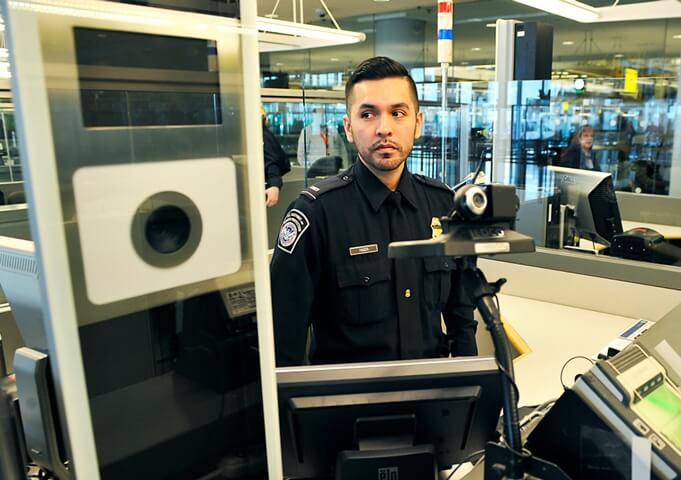 The biometric system to cut visa overstay in USA helps compare the facial, fingerprint and iris scans of foreigners entering and exiting US airports. It helps collect reliable data, thereby facilitating monitoring of foreigners who tend to overstay their visas in the US. The Customs and Border Protection has partnered with an international airline to measure the efficacy of the biometric system in identifying the foreigners who are exiting and those who are overstaying in USA.

As per the report, the Customs and Border Protection (CBP) registered 50,437,278 non-immigrant admissions at different sea and air point of entries across USA. This number of non-immigrant visitors includes more than 1.4 million Indians whose visa permits expired in 2016. Out of them, over 30,000 are yet to be identified for visa overstay in USA.

The Department of Homeland Security’s “Entry/Exit/Overstay” report of the year 2015 stated that over 881,000 Indians visited the United States for business and pleasure purpose in 2015. Most of them were supposed to leave in 2015, but 14,348 are still suspected of visa overstay in USA.

The Immigration and Customs Enforcement (ICE) has increased monitoring operations to cut visa overstay in USA, according to the US Department of Homeland Security. Every year, ICE gets special agents to review nearly one million records of foreign nationals overstaying in USA, violating the terms and conditions of the visa waiver program.

The Trump Administration has passed an executive order to install a sophisticated biometric exit system which helps identify the exiting foreigners by matching their iris, fingerprint and facial scans with those in records. The new biometric system, which will gradually be rolled out at all US airports, is expected to mitigate technological challenges for the Department of Homeland Security to cut visa overstay in USA.