Another corporate leader from the community of Indian immigrants joined the race of CEOs in America’s economic progress. After Indian American Raj Subramaniam, who hails from Kerala, took office as FedEx Corporation’s CEO on June 1; Verizon announced the appointment of Sowmyanarayan Sampath from New York as CEO of one of its two divisions, Verizon Business. This Indian-origin New Yorker, who is currently the Chief Revenue Officer of Verizon Business, will assume the role of a CEO at Verizon on July 1. Simultaneously, he will be donning the hat of Verizon Business’ executive vice president. 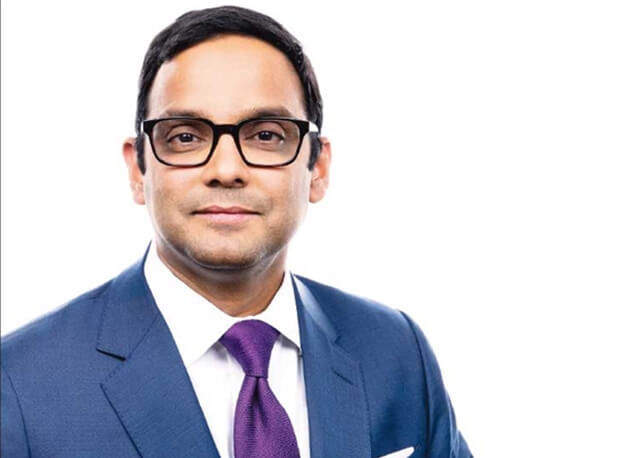 The media release on the appointment of Sowmyanarayan Sampath as CEO of Verizon Business quoted him saying, “I come to this role from a very diverse background, a mindset to constantly learn and a mission to lead with kindness and integrity during this critical moment of radical digitization for our customers. The Verizon Business team is absolutely the best in the business and I am committed to ensuring we continue to build on the momentum and success we have shared together thus far. The time is now to disrupt the industry and stay laser focused on transformational outcomes for our customers and how Verizon serves their needs.”

Verizon Business’ CEO Sowmyanarayan Sampath started his pursuit of American Dream as a senior consultant at ADVENTIS Corporation in Boston following the completion of MBA from Boston University in 2003. He moved to the United States on a student visa in 2001 when the American economy was bleeding due to massive layoffs and bankruptcies in the wake of the dotcom bubble burst. He graduated from Sr Xavier’s College, a most prestigious institute of commerce under the University of Calcutta in 1997 and passed the Chartered Accountancy (CA) exam in 1999.

Just after a stint of two years at ADVENTIS Corporation, his ‘American Dream’ career took a big leap when the Boston Consulting Group (BCG) appointed Sowmyanarayan Sampath as Partner and Managing Director. At the Boston Consulting Group in Washington DC, he demonstrated his leadership in several areas, including but not limited to, relationship management, revenue generation, enterprise transformation, capital planning, and cloud technology implementation.

The foundation he built over 9 years at BCG became the launchpad of his stellar career at Verizon Communications Inc. headquartered in Midtown Manhattan, New York City.  In 2014, he joined Verizon as Senior Vice President of Business Transformation. He led the business transformation team for 3 years to drive large-scale initiatives to build on the momentum of Verizon’s market leadership. From ideation to implementation, he was responsible for everything with regard to two of Verizon’s core initiatives – Network Transformation and OneFiber that Verizon spent billions on to drive its wireless 5G push over the next decade.

In April 2017, he was promoted to Chief Product Officer at Verizon. For two years (2017-2018), he implemented several strategic initiatives for the diversification and market-penetration of consumer and enterprise product portfolios both in the wireline and wireless units. By the end of 2018, he moved on to Verizon Media Group as its Chief Financial Officer. He was responsible for data management, strategy formulation and revenue generation for Verizon Media Group. He went on to climb up the corporate totem pole as President of Global Enterprise, and then, as Chief Revenue Officer of Verizon Business. Headquartered in New Jersey, Verizon Business is a major division of Verizon Communications and caters services and products to enterprise as well as government clients across the globe.

“The ever-growing Indian American CEO club bears evidence to the fact that Indians are the most educated and highest earning ethnicity in the United States. Their median household income is higher than that of any other immigrant community in America. Besides, such inspiring stories of American Dream lure Indian professionals on H1B visa and students to land in the US, thereby supporting the US-India aviation economy over the booking of economy and business class air tickets throughout the year,” said Sourav Agarwal, the Editor of Travel Beats, a leading community portal by IndianEagle.com.