Home / FAQs / Is there Biometric Boarding for British Airways Flights to and from US Airports?

The United States is leaving no stone unturned to secure and strengthen its borders with biometric technology for both inbound and outbound flights, thereby streamlining the process from entry to check-in to screening to boarding at international airports. Major airlines, including British Airways operating flights to and from the United States have joined hands with the US Customs and Border Protection agency. 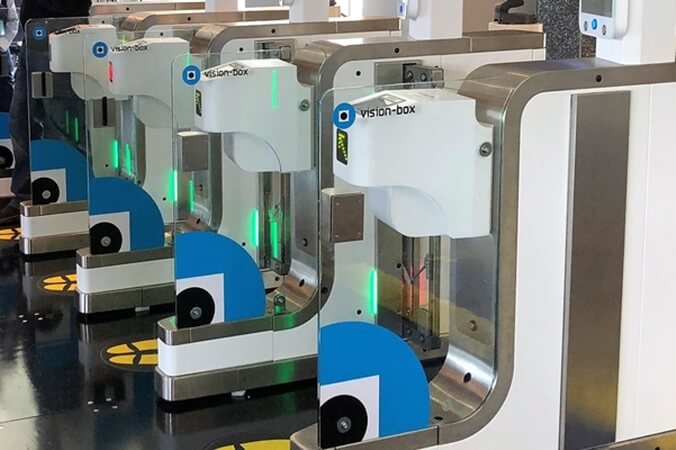 The use of biometric boarding and arrivals technology at Los Angeles Airport (LAX) has facilitated boarding of more than 400 passengers on to British Airways flights in 22 minutes, which is equivalent to one-third of the time the airline takes to board the same number of passengers, without using the technology.

Now British Airways that offers its best deals for US to India flights at Indian Eagle has teamed with the Greater Orlando Aviation Authority to set up biometric boarding gates for trial at Orlando International Airport (MCO) in Florida. The passengers of British Airways’ Orlando to Gatwick flights will undergo trials of biometric technology which is supposed to board a plane with 240 seats within 10 minutes.

With biometric boarding gates in place, British Airways’ passengers are not required to produce their boarding passes and passports at the time of boarding flights from Los Angeles, Orlando, Miami and New York JFK Airport. Travelers are required to look into the camera while walking onto a plane through the biometric boarding gate. The technology verifies their biometric data in passport or visa based on their corresponding facial features.

More and more US airports are implementing biometric boarding and arrival technology, while Bengaluru Kempegowda Airport is the first smart Indian airport to get biometric boarding by the end of 2018. Do travel on cheap flights to Bengaluru from USA by paying less for business class tickets of British Airways or any other airline.

Notably, British Airways was the first airline to deploy biometric boarding technology for a trial on the passengers of its flights from USA to India and other destinations. The airline has been working with the US government’s Customs and Border Protection agency that is hell-bent on cutting visa overstay in USA. The technology removes the hassles of fingerprinting customers and swiping travel documents, thereby making it possible for air travelers to speed up their journeys.

Apart from trials of biometric boarding gates at Los Angeles and Orlando airports, biometric trial is available for passengers of British Airways flights from London Heathrow to New York JFK and Miami airports on arrival. The technology verifies passengers’ identity through facial recognition and links it with the data about them already available with the US Customs and Border Protection agency.