Home / Features / Luxury and Glamor of Flying on Air India in Good Old Days: A Myth to Our Next Generation

The golden age of air travel and Air India were synonymous in the 1950s, 1960s and 1970s. With everything from the fleet to the travel cabins to the on-board service to the inflight dining to the air hostesses having epitomized sheer luxury, Air India used to pamper travelers in the sky long before the world went gaga over the Etihad Residence and Singapore Airlines became one of the world’s best airlines. There was so much indulgence on Air India flights in the bygone golden era of air travel that it sounds too mythical to believe today.

When Air India flew Malabar Princess, one of the most advanced aircraft of the time, from the Santa Cruz Airport of Mumbai (then Bombay) to London via Cairo and Geneva in 1948, it became not only a pride of the nation but also a pioneer for other airlines, including Singapore Airlines, Thai Airways and Cathay Pacific. 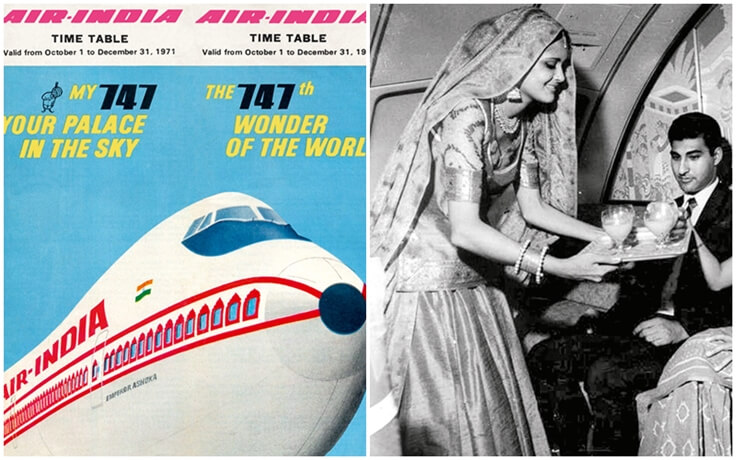 Before Singapore Airlines commenced operations in 1972, the government of Singapore looked up to Air India’s unmatched service standards and luxurious hospitality for inspiration. Air India’s founder, the legendary aviator and industrialist J.R.D. Tata was approached to design Singapore Airlines’ inflight services which international travelers speak of highly today.  The best of Asian hospitality that Thai Airways and Cathay Pacific are known for today was first embodied by Air India right from the 1950s, according to the bestselling book “Empires of the Sky – The Politics, Contests and Cartels of World Airlines.”

These days when Google-driven searches for cheap flights to India or from India have made economy travel a breathless experience, it is difficult to believe that Air India’s transatlantic flights were preferred for the fairytale-like luxury over the fastest flight of British Airways (then BOAC) in the 1950s. Even Americans and Europeans took fancy to the national airline of India, on the New York-London route, for the high luxury quotient and sophisticated service aboard.

JRD Tata himself was the driving force behind Air India’s glorious history and golden age of travel. One of the most interesting facts about Air India flights is JRD Tata’s unwavering attention to microscopic details on board. He was said to be notorious for walking down the aisle on flights, interacting with travelers, taking their feedback and checking whether everything was impeccable.

Nothing – the poise of air hostesses, the way wine was poured into glasses, flight attendants’ service etiquette, whether a meal was served too hot or too cold, the cleaning of crockery and likes – would elude his attention. It is said that if he happened to find a single piece of cutlery dirty, he would not mind asking the crew for a piece of cloth to clean it. 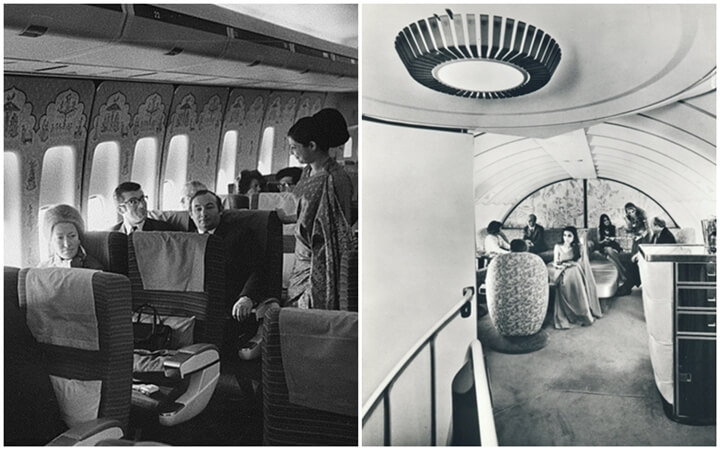 Before Air India reached its zenith under its founder’s visionary leadership, the then prime minister Morarji Desai’s unjust act of removing JRD Tata from the board sowed the seed of the fall of today’s disinvestment-bound airline.

What was real few decades before the launch of Etihad’s The Residence, is a myth of Air India to the current generation. “Your Palace in the Sky”, as Air India’s first-class cabins – Maharaja Lounges – in the Emperor fleet of Boeing 747s – were popularly known as, is unimaginable today even for the world’s best airlines.

Designed by the Art Studio of Bombay, Air India’s Maharaja Lounges with rich tapestries inside and the ‘jharoka window’ livery outside (bearing resemblance to the exterior of Jaipur’s Hawa Mahal) exuded oodles of Indian royalty, which the current and future generations cannot even think of. With ancient Indian royal motifs based on horse, elephant, prince and princess in the swanky interior decor, the most exotic first class cabins defined the golden age of air travel in the 1970s.

Architected by gifted artists from Shantiniketan in West Bengal and Baroda in Gujarat, Air India’s Maharaja Lounges were steeped in sheer magnificence – from the use of silverware in serving food on board and the flamboyant uniform of air hostesses. JRD Tata’s keen aesthetic sensibility ensured that everything from the napkins to the upholstery to the uniform to the tapestry added to the luxury and magnificence of Air India before the airline started ferrying passengers (most of them were laborers) to the Middle East during the Gulf boom in the mid-1970s.

The fabled beauty of Maharaja Lounges in Air India’s Emperor Shahjehan and Emperor Ashoka was an introduction of the incredible art from the Gupta period of Indian history and the illustrious frescoes from the Ajanta Caves in Maharashtra to the travelers. The window panels were embellished with pictorial motifs depicting stories of Lord Krishna. 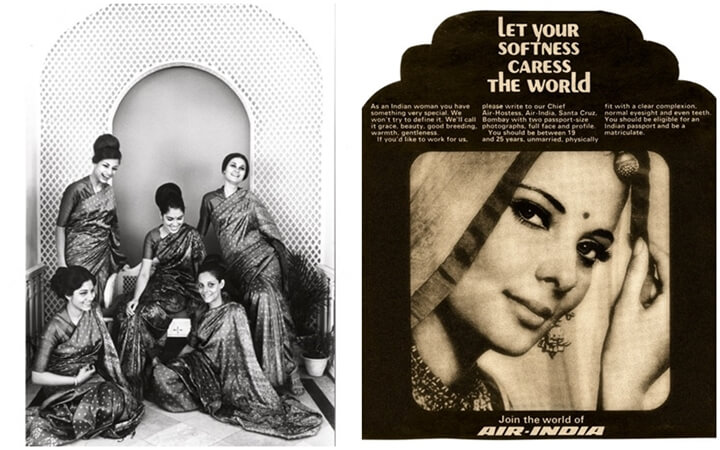 In the golden age of air travel, not only the tastefully adorned travel cabins of Air India planes, but also the air hostesses oozed oodles of inexplicable glamour. “Air India girls were handpicked and impeccably trained. They were a special breed with a unique aura of sophistication and confidence as the first generation of Indian career women, for who even the sky was not the limit and whom every wealthy bachelor in India wanted to marry,” the award-winning author, Shobhaa De was quoted saying to Vogue India.

In current times when Air India is submerged under heavy debts, it is hard to imagine that Air India hostesses draped in silk made headlines for their refined attitude, urbane elegance, international travel, exotic holidays, jet-setting lifestyle and marriage with leading industrialists or film stars in the first three decades of the post-independence era. For instance, two Air India hostesses – Parmeshwar Godrej and Maureen Wadia tied the knot with business tycoons Adi Godrej and Nusli Wadia who they met and hosted on business class flights, at a time when flying on Air India was a matter of prestige.

“Being an Air India hostess was a matter of reputation and envy in the early days of India’s national airline. Air India girls had to undergo the rigorous training, strict grooming requirements, make-up sessions and saree-wearing lessons for the most coveted careers at a time when international travel was not the norm for the middle-class Indian women,” recalls Suneeta Sodhi Kanga, an Air Indian hostess who won the Miss World Airlines 1989 pageant in Paris.

In the golden age of air travel, they were elite; they were elegant; they were smart; they were classy. All are a myth in current times when the airline is on the verge of disinvestment.

This exclusive story about the good old days of disinvestment-bound Air India is brought to you by IndianEagle.com as a sneak peek into the golden age of air travel that our next generation won’t be able to believe. Air India, which was once reputed for luxury and glamor, is known for cheap flights today.

One thought on “Luxury and Glamor of Flying on Air India in Good Old Days: A Myth to Our Next Generation”