Home / News / You may be Able to Travel between London and Mumbai Just in 60 Minutes. Know How

Jet lag will be passé in the 2020s. Just like the waning patience of netizens, international or intercontinental travel will get so shorter by mid-2020s that it would become a fairytale. With super faster and smarter means of transport for long-haul travel taking a concrete shape gradually, the post-Millennial generation would feel an itch to know “How short the journey is” instead of “How long the journey is” while booking their travel. 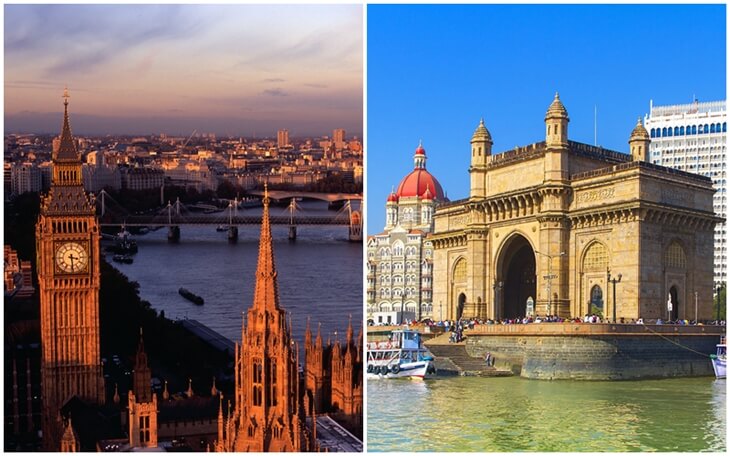 Times Travel reported that the proposed hypersonic aircraft for one-hour London-Mumbai flights will be able to travel at an electrifying speed of 3800 miles an hour, to our wildest imagination, according to Reaction Engines Limited located in Oxfordshire, England. It is twice the speed of sound in normal temperature of air. OMG!

Aviation critics opine that the head-spinning speed of hypersonic aircraft for London-Mumbai travel in 60 minutes sounds an improbable phenomenon. However, it is not impossible like the 2000-km-long UAE-Mumbai undersea high-speed floating train service.

Though the feasibility of hypersonic flights to Mumbai from London is a question now, it will prove to be no myth in the coming years, as the England-based company claims.

Reaction Engines Limited has confirmed in the Times Travel report that they successfully tested the engine-cooling system of hypersonic plane, experiencing no glitches in the system. The use of hypersonic aircraft for operating commercial flights is still a dream because of the intense heat that builds up inside the engine. The brand new hypersonic aviation technology can make an aircraft fly at Mach 5 or higher.

While traveling between London and Mumbai in 60 minutes sounds super exciting like space adventure, hypersonic aircraft won’t make cheap flights to India. The cost of a Mumbai-London hypersonic flight ticket will burn holes into the pockets of even those who can afford intercontinental business class flights. Evidently, super-rich businesspersons and celebrities like Priyanka Chopra and Nick Jonas can afford such a most expensive affair as a hypersonic flight.

The proposed 60-minutes London-Mumbai hypersonic flights will be direct flights without any layover. If the super ambitious project is successfully executed, it will make air travel a joyous affair for those who take British Airways flights from USA to India via London. A one-stop British Airways flight from New York JFK to Mumbai takes 17 hours 25 minutes, according to IndianEagle.com. A London-Mumbai hypersonic flight will cut the travel time from New York to Mumbai to 8-9 hours.

Should we look forward to traveling on superfast hypersonic flights to and from India in the future? If Emirates Airlines can plan to launch windowless planes for faster flights, why not 60-minute London-Mumbai travel on hypersonic planes is possible?