“The Joy Of Flying.”

Chosen by TripAdvisor as India’s Best Airline at their very first Traveller’s Choice Awards, Jet Airways (9W) has proved its worth as a top airline in not just the country but the world as well. Based in India’s commercial capital Mumbai, it is the country’s second largest airline after IndiGo Airlines. The renowned Chhatrapati Shivaji International Airport serves as the airline’s main hub. Jet Airways has secondary hubs in Chennai, Bengaluru, Kolkata, and Amsterdam airports.

A brief history of Jet Airways

In the year 1992, Jet Airways (9W) was established in the form of a limited liability company. It began full-fledged flight operations in the year 1995 onward after serving as an air taxi operator previously. In the year 2004, international flights were added to its operations following which Jet Airways decide to go public and acquired rival airline Air Sahara. Soon after, it became one of the top Indian airlines serving scores of domestic as well as international destinations. Its flights to USA are among the most popular ones and you can find the cheapest of these with Indian Eagle travel agency.

Jet Airways (9W) serves about 65 destinations within and outside India on a regular basis. Its global destinations are spread across Asia, North America, and Europe. Apart from flights to Indian destinations such as Delhi, Chandigarh, Pune, and Hyderabad among scores of others, Jet Airways serves multiple international destinations as well. Some of these are Hong Kong, Dubai, Abu Dhabi, London Heathrow, Toronto, and Paris Charles de Gaulle among others. It has codeshare agreements with airlines such as Air France, Air Canada, Etihad Airways, Delta Air Lines, and United Airlines among others.

The fleet of Jet Airways (9W) consists of a mix of various models of Airbus, ATR, and Boeing aircraft. The airline has fitted its aircraft with comfort facilities that make air travel easier for passengers. Jet Airways is constantly on the lookout for ways to make flight journey even better than it already is. This is one of the major reasons the airline has achieved so much fame and is among the most preferred ones in the country.

The frequent flyer program of Jet Airways (9W) is known as JetPrivilege which allows travelers to earn miles for their flights. They can redeem these miles in future flight bookings. The program offers five different levels and members will have access to Jet Airways lounges apart from additional benefits such as priority Jet Airways checkin, and extra baggage allowance among others.

Jet Airways (9W) has among the most sophisticated entertainment systems on board that operated via touchscreen and is available on each individual seat. There is a feature that permits passengers to plug in their apple devices as well. Most recently, Jet Airways introduced a service via which it directly streams entertainment programs to personal devices of passengers.

Jet Airways (9W) offers the best inflight food service to passengers prepared by skilled chefs in hygienic and state-of-the-art kitchens. Keeping the medical, religious and dietary requirements of passengers in mind, the airline offers a variety of special meals. Their latest in food service is the introduction of eco-friendly packages made of recyclable material to serve the meals in. Biryani is served every Friday on a few flights within the country.

Jet Airways lounges can be accessed by First and Business class passengers as well as those who are Platinum and Gold members of its frequent flyer program. Premier Jet Airways lounges are available in major Indian cities of Mumbai, Hyderabad, Delhi, Kolkata, Kochi, Chennai, and Bangalore as well as all international destinations.

Jet Airways checkin has been made simpler via JetMobile app service.  You can check the Jet Airways seat map 9w on the app and select your preferred seat for a fee. You will also be able to avail e-Boarding Pass through the app. For more details on the benefits of the app, check the airline’s website.

Jet Airways baggage allowance depends on factors such as type of class and destination. On your air tickets you will find displayed Free Baggage Allowance which will be considered applicable for your flight. However, additional baggage allowance is not displayed on air tickets and must be enquired about. Jet Airways (9W) website offers details on each type of baggage. 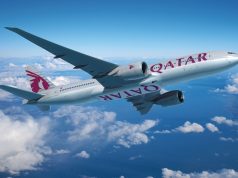 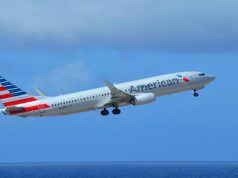