More and more young Indian Americans in STEM are emerging into national spotlight for their mathematical wizardry. ‘Human Calculator’ Apoorva Panidapu from California stunned the international audience with her incredible math-solving skills on the NBC show, Genius Junior in 2018. Again in 2018, three Indian American school students swept away top prizes at the International Olympiad in Math, History and Physics. The latest sensations in the US world of STEM are the World Science Foundation Scholars for 2019, including two Indian American students with outstanding math skills.

Recently, the World Science Foundation in New York published the first list of 45 high school seniors and juniors, including two Indian American girls from Charlotte – Aakriti Lakshmanan and Saanchi Sampath – who will act as scholars and network with leading scientists at the World Science Festival 2019 this summer. 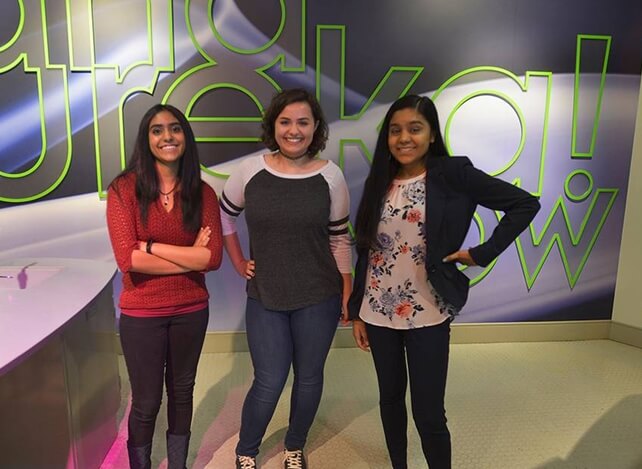 A sophomore at Ardrey Kell High School in Charlotte, North Carolina, Aakriti Lakshmanan is a versatile teen with several awards and accolades in her treasure. Her research on water-related science projects has been recognized by several prestigious institutions. Like most of the World Science Scholars 2019, Aakriti Lakshmanan has participated in various math competitions, like Math Olympiad. She also studied at Metrolina Regional Scholars Academy, a K-8 charter school for extraordinary students. Indian American Lakshmanan has written about the Shoelace Theorem, a formula for calculating the area of polygon.

The other Charlotte-based Indian American among the World Science Scholars for 2019, Saanchi Sampath is a chess enthusiast. A sophomore at Myers Park High School, Saanchi heads the school chess club and offers lessons on the game. She discovered her love for math while preparing for the SAT examination as part of Duke’s talent search in the 7th grade. The only girl in the AP computer science class, Saanchi Sampath had been a STEM intern at Discovery Place in Charlotte, North Carolina.

The World Science Scholars 2019 have been selected on the strength of their mathematical expertise. They are given an opportunity to put on their thinking caps, explore new disciplines and apply their merits to dealing with challenging ideas. Those who successfully complete the program at the World Science Festival are inducted into a global community of noted professionals, esteemed alumni, and talented math students. The program helps the scholars broaden their perspectives to spark epoch-making innovations.

The Indian American World Science Scholars for 2019 have not been exempt from the biased attitude towards girls in STEM. When they tell people they aspire to make it big in math or science, they are inundated with remarks, “How easy will it be for you?” However, they are sanguine about the changing scenario that the World Science Festive is trying to accelerate.