Indian American Akhil Kondepudi, a high school student, was recently declared the winner of the US National Brain Bee Championship, which was held at the University of Maryland’s School of Dentistry. Akhil Kondepudi, a resident of St Louis in Missouri, successfully competed with other 53 regional-level Brain Bee winners from the United States and took the top prize home. 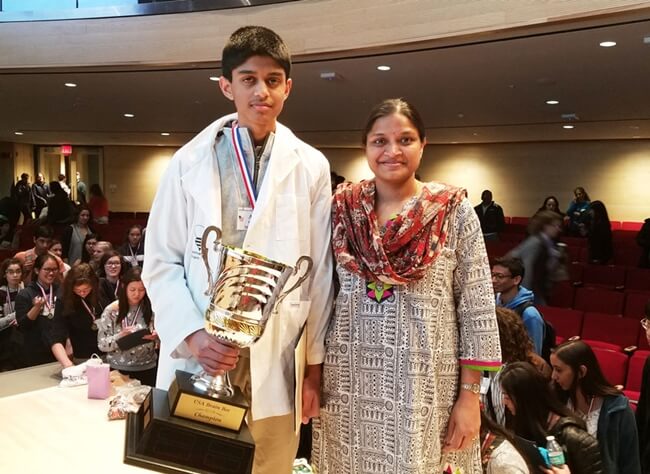 The rest four Indian Americans out of the 10 selected in the US National Brain Been Championship are Sneha Shinde from Ohio, Aayush Setty from Atlanta, Veda Chanda from Pennsylvania, and Lasya Kambhampati from Kansas City.

The winner of the 11th edition of US National Brain Bee Championship, St Louis-based Akhil Kondepudi got an award of $1500 along with internship in a world-class neuroscience lab. Being winner, he will shoulder the responsibility of representing the United States at the World Bran Bee Championship which will be held in Berlin in July 2018.

This news story about the US National Brain Bee Championship winners including Akhil Kondepudi is part of our continued effort at Indian Eagle to promote the achievements of Indian Americans and young Indians worldwide. Subscribe to our free newsletter for inspiring stories of young Indians in USA.