Riding the time machine back to the golden days of Indian aviation when there were no cheap flights to or from India, we at Travel Beats, are up with a most interesting yet lesser-known story about Air India. Today’s cash-strapped Air India being a pioneer in luxury travel for Singapore Airlines and treating premium customers to the world’s best in jet-setting lifestyle may sound a fairy tale to the current generation and the Gen Next unless this story is known to them.

On its business class flights in the bygone good old days, Air India used to pamper premium passengers with not only sheer luxury onboard but also exotic gifts; some of those have found space among rare exhibits in international aviation museums. Notably, the national airline of India was a distinguished admirer and collector of art back then. 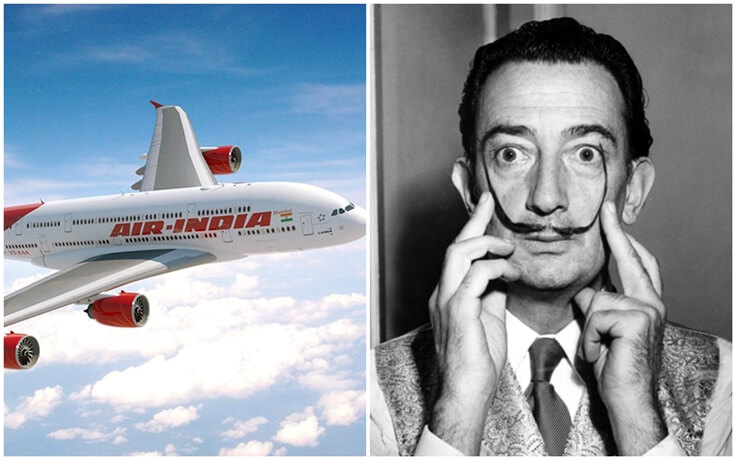 This story in our Air India series dates back to 1967 when Jot Singh was at the helm of international public relations for the airline. Once he came across Salvador Dali in New York City and requested the latter to create something unique and offbeat for the airline’s premium travel cabins. Salvador Dali was a renowned Spanish surrealist artist who was famous for his highly imaginative artwork but notorious for his eccentric manner.

Salvador Dali, whose artistic repertoire is still envied and craved worldwide, obliged Jot Singh with assurance. He designed an ashtray of matte-finished porcelain with a serpent curled around the upper edge. The shell-shaped center of the non-glossy ashtray was supported by two wacky headstands – an elephant and a swan – from outside. The Salvador Dali ashtray for Air India was so surrealist in design that it stole the show with him at the very first glance. 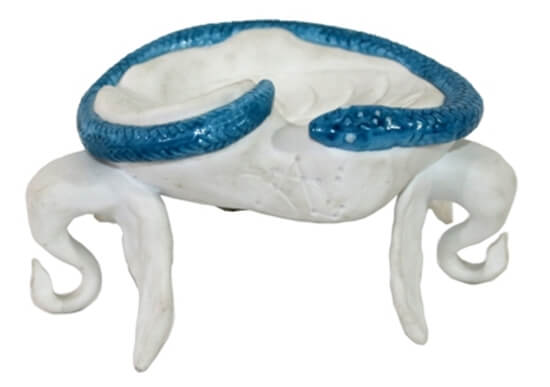 Air India’s public relations officer, Jot Singh, was willing to return the favor by any means. What Salvador Dali asked for, instead of fees, took him aback. He wanted to have an Indian elephant in exchange for his porcelain ashtray design. “I wish to keep an elephant in my olive grove and watch the patterns of shadows the moonlight makes through the twigs on his back,” he said to Jot Singh’s utter surprise.

As promised, Air India took a baby elephant aboard from Bangalore to Geneva and, then a truck was hired to transport the jumbo gift to his residence in in Cadaques near Barcelona from the airport. The Indian gift in return of Salvador Dali’s ashtray for Air India was celebrated with a bash. It is said that the mayor of the town declared a three-day holiday to mark the arrival of the little jumbo and organized a spectacular procession to parade it.

Only 500 pieces of the Salvador Dali ashtray for Air India were made. Some industrialists and celebrities were given the ashtray as memorabilia on their Air India flights to India. Today, the ashtrays are priceless gems in those lucky passengers’ treasure trove.

This exclusive story about the past glory of disinvestment-bound Air India is brought to you by IndianEagle.com as a sneak peek into the golden age of air travel that our next generation won’t be able to believe. Air India, which was once reputed for luxury and glamour, is known for nonstop cheap flights today.