Hope, Air India is not playing with ideas to make you a fool this April 1. In a surprising move for some yet-to-be-known reasons, Air India has decided to revise its free baggage allowance for Economy class flights between Newark (EWR) and India, with effect on April 1, 2019. The revision will also apply to economy tickets of Air India flights from Newark to Australia, and Far East – South East Asia (Singapore, Seoul, Hong Kong, Shanghai, Bangkok, Osaka and Tokyo).

Air India’s economy flight tickets from Newark to India and Far East – South East Asia, purchased and issued on and after April 1, will allow one piece of free check-in baggage up to 23 kg per adult traveler. The free check-in baggage allowance for Economy class will not be affected for the tickets issued until March 31, 2019.

You will have to shell out USD 50 for an additional check-in bag of up to 23 kg for Air India’s economy fares booked on or after April 1, 2019. 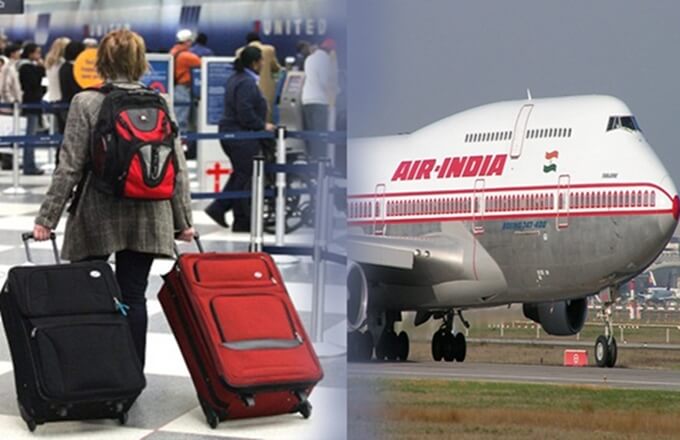 Notably, the revision of Air India’s free baggage allowance for economy will not apply to other routes between the United States and India, and other routes from the US to Far East – South East Asia. Those flying Air India from New York, Chicago, San Francisco and Washington IAD to India or any destination in the Far East – South East Asia are allowed to continue to check in two pieces of free baggage.

New York JFK is likely to benefit from the revision of free baggage allowance for Air India’s economy class flights between Newark EWR and India, according to the chief itinerary specialist of Indian Eagle Travel.

To be precise, if you choose to travel from New York, instead of Newark, to Delhi by Air India, you will benefit in terms of cheap fares, generous baggage allowance, and short travel time.

In February 2019, Emirates Airways too halved its free baggage allowance for the cheapest economy flight tickets from USA to India.

Also check Air India’s brand new food menu for flights to and from India, and subscribe to our free newsletter for latest Air India news as well as updates about other airlines.