Are you traveling from the USA or Canada in search of ancient India? Age-old temples and monuments stand for the ancient art, architecture and heritage of India. Let’s explore the history of ancient India in the state of Orissa on the coastline of the Bay of Bengal. The Orissa tourism, an important part of India travel, is known for not only the Chariot Festival but also the Konark Sun Temple. 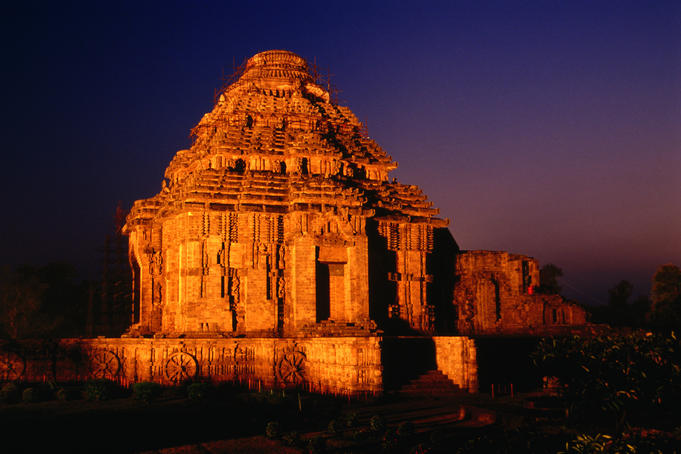 Let’s turn over the pages of the Indian history to learn about the Konark Sun Temple. The temple is a piece of marvelous architecture, an embodiment of engineering excellence, a living account of the Islamic rule in the 13th century India, a beautiful work of the Hindu art and an emblem of victory over the Muslim invasion on India. Evidently, Konark is a must visit during travel to India from the USA.

The Konark Temple is a rare testimony to both – the history and the mythology of India. The history of the temple dates back to the 13th century when the Muslim rulers were waving their flags of victory all over the northern India. Driven by the ambition to conquer the whole country, they began to advance towards the Indian states in the east. Having incorporated Bengal into their dynasty, they targeted Orissa which was a Hindu Kingdom at that time. 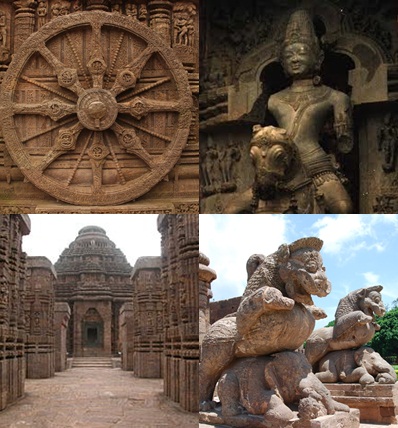 The death of Sultan Iltutmish caused a setback to the Muslim regime in India. Then, Nasiruddin Mahammad sat on the throne of Delhi. Ordered by him, Tughan Khan, the then Governor of Bengal, led the army against Narasimhadeva the First, the ruling King of Orissa in the mid-13th century. The latter fought hard and defeated the former. The Konark Temple was built as tribute to the Sun on the occasion of Narasimhadeva I’s triumph over the Muslim rule.

The Sun is the god of power and strength in the Hindu mythology of India. The Sun is revered as an emblem of victory in Indian culture. A reference to it is also found in the Ramayana, one of the greatest epics of India. Offerings were made to please the Sun god and receive his blessings for success, in the eras gone by. Following the tradition, King Narasimhadeva the First dedicated the Konark Temple to the Sun.

One of the grandest architectures in India, the Konark Temple is known as Pancha Rath as well. The delicacy of ornamental work on the inner surface and the intricacy of sculptural work on the outer surface made the temple a subject of research on the architectural heritage of India. Modeled as a chariot of the Sun on 24 wheels, drawn by 7 horses, the temple is a massive edifice of stone work. The diameter of each wheel is 10 feet, and the spokes of the wheels feature intricate carvings. The entrance on a flight of steps from the ground level is guarded by two lions and elephants on both sides.

Some facts about the Konark  Sun Temple to share with you

The temple basement is ornate with delicate figures of 1452 elephants curved in different poses. The temple walls are beautified with sculptures of male and female figures in intimate poses. Figures of lions sitting on elephants and men are meticulously engraved on the sand rock walls. The temple structure is said to symbolize the Sun’s supremacy over the power of time. The seven horses pulling the chariot of the Sun seem to symbolize the seven days of the week. Twelve pairs of wheels are supposed to refer to the twelve months of the year. The imposing statue of the Sun god (Surya) in the sanctum is made of green chlorite stone. The tower of the temple is believed to have two powerful magnets attributing an enigma to the ambience.

Exploring the history of ancient India by a visit to the Konark Sun Temple in Orissa is many times more exciting than by leafing through the books in libraries. Indian Eagle is on a mission to promote Indian tourist by offering cheap flight tickets to travelers from the USA and Canada. Book your trip to Orissa at guaranteed low airfare on IndianEagle.com.