Amidst the commotion over immigration in the current political climate of USA, Indian Americans are gradually imprinting their cultural heritage on a firm base. Earlier this year (2017), the Indian American community got the first dedicated university for Indian Performing Arts in California. Now they got a dedicated Indian cultural art museum in Pearland, Texas.

The inauguration of the Kannappan Art Museum in Pearland was held on May 26, 2017. Eminent Texas Indian Americans and leading American officials including Pearland Mayor Tom Reid attended the inauguration. Named after Sockalingam Sam Kannappan, a renowned Indian American engineer, the Indian cultural museum is officially recognized by Pearland Mayor who presented a certificate to Mr. Kannappan in the presence of other dignitaries at the event. 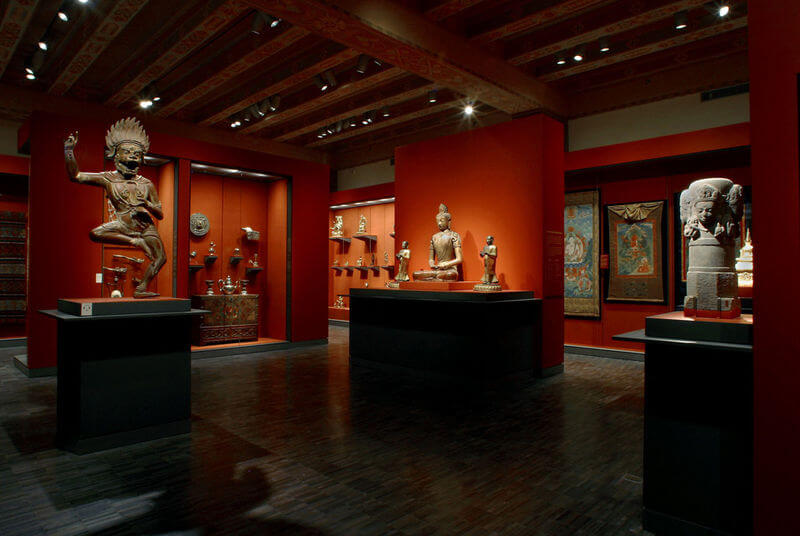 From the inaugural day, the Kannappan Art Museum Pearland in Texas has been running a unique exhibition on cultural artifacts of India, titled ‘Vision of India,’ sponsored by the Pearland Alliance for Art & Culture. The ongoing exhibition is a rare opportunity to experience the cultural richness and artistic opulence of India through glimpses of the artifacts on display, which will be added to the treasure of the museum in the future.

Curated by Sockalingam Sam Kannappan, the sculptural artifacts on display at the Kannappan Art Museum Pearland have been brought from different parts of India. The statues of various Indian dance forms and myriad folk cultures speak about different eras of India’s cultural evolution. Some of the exhibits in the 100+ collection give a picture of day-to-day life in India.

At the upcoming permanent location, the Kannappan Art Museum Pearland will have a unique exhibition model to display not only the history of India’s cultural heritage but also the importance of Indian American culture. The influence of Indian culture on America will also be exhibited here. The current exhibition ‘Visions of India’ is expected to expand as a full immersion installation. The museum authority’s agenda also includes a plan to launch interactive programming for kids and audio-visual facility for discussion on the exhibits.

Among the attendees at the inauguration of the Kannappan Art Museum Pearland was Mr. Surendra Adhana, Deputy Consul General of India at Houston, who praised Sockalingam Sam Kannappan for his dedicated service to the Indian community in USA.

You may Find these Stories Interesting and Worth Reading: