In a bizarre incidence of the US opioid crisis, Indian-origin John Kapoor, a billionaire pharmaceutical entrepreneur in Arizona, has been convicted of bribing doctors to unnecessarily prescribe addictive painkillers to patients, and thereby contributing towards the country’s opioid epidemic. 75-year-old John Kapoor, the founder of Insys Therapeutics, was the fifth richest of Indian-origin billionaires in USA, with net worth $1.8 billion, on Forbes’ 2018 list 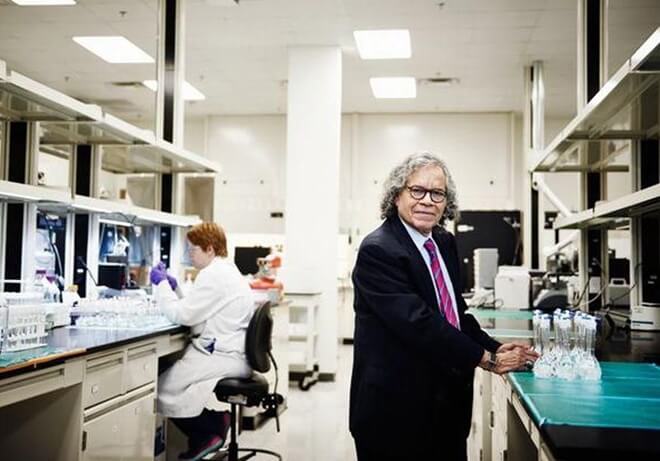 A Boston jury has also found John Kapoor guilty of having conspired with his four colleagues in tricking insurance companies towards pushing the sales of Subsys, a fentanyl spray painkiller which is much stronger than morphine. Basically, Subsys, a synthetic opioid was approved to be prescribed only to terminal cancer patients. But, John Kapoor’s Insys Therapeutics aimed at people with non-life-threatening chronic pain in order to ensure a meteoric rise in sales of Subsys and the figures of his profit.

John Kapoor, a resident of Phoenix, and his four business accomplices have been sentenced to 20 years of imprisonment. Based on the investigation reports, prosecutors meted out the verdict that pharmaceutical billionaire John Kapoor’s unethical ways to fill his coffers with profits from the suffering of people fueled the US’ opioid crisis further, which has claimed 400,000 lives in the past two decades.

Born in Amritsar, Punjab, John Kapoor holds a PhD degree in medicinal chemistry from the State University of New York, Buffalo. The completion of his studies on pharmacy at the Institute of Chemical Technology in Mumbai drove him to shift to the US and fulfill his American Dreams, which came true with the formation of Insys Therapeutics in 1990.

He is also a restaurateur. He owns several restaurants in Chicago and San Francisco. He also helms the John and Editha Kapoor Charitable Foundation for those suffering from breast cancer. John Kapoor’s arrest coincided with the day President Donald Trump declared the opioid epidemic a national emergency in 2017.

The judicial investigation into John Kapoor’s sale of addictive painkillers unearthed more shocking facts about him. According to the investigative reports, he masterminded a marketing strategy which required doctors to speak at educational events and promote Subsys targeting those who did not need it at all. The events were basically regular social gatherings at swanky New York restaurants. In return, the doctors were bribed and given free access to strip clubs. Details of bribes to the doctors and the profits that Insys Therapeutics made from each doctor were shown to the jury.

Thus, sales of Subsys skyrocketed from $14 million in 2012 to half a billion dollars early in 2017. The former CEO, the former vice president, and the vice president of sales at John Kapoor’s Insys Therapeutics have also been convicted of pawning the lives of people and exploiting their pain in the illegal money-minting game.

Travel Beats is an Indian American community portal owned by Indian Eagle, a trusted air travel booking organization for Indians in USA. Subscribe to our free newsletter and stay tuned to latest news & stories about Indian Americans, Indian events in USA, US visa & immigration news, and US to India travel updates.