“Life is the best teacher.” This maxim is true about Parkash Chhibber, the owner and chef of Indian Fusion restaurant in Edmonton which treats penniless, hungry people to free meals every day. Among the restaurants in Edmonton, Canada, Indian Fusion displays an invitation note on the backdoor drawing attention of those in need of free food. The same door has another note offering three options – vegetarian meal, non-vegetarian meal and milk / coffee / pop – on the free menu for the needy. 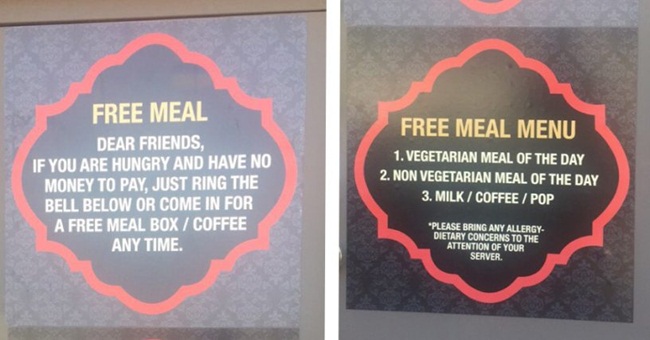 It seems that Indian Fusion’s owner Parkash Chhibber is motivated by such inspirational words as “If you can’t feed a hundred people, then feed just one.” But, it is a bitter slice of his own life in India that inspired him to serve the starved and the needy passionately. “I have seen enough hunger in the past. I know the pain of not having food.”

The story of Parkash Chhibber’s journey from a chef to an entrepreneur to a philanthropist dates back to the year 1992 in India. He met with a road accident in New Delhi just after three months of his marriage and suffered severe injuries including multiple bone fractures. Nice steel rods were inserted in his body to support the fractured bones, which tied him to bed for two and a half years. Consequently, he lost his job at a restaurant in New Delhi.

One particular evening my wife and I had no money and nothing to eat. I was always shy to ask for help in terms of money. So, my wife and I on crutches would visit some of our friends by dinner time, he said to Huffington Post. 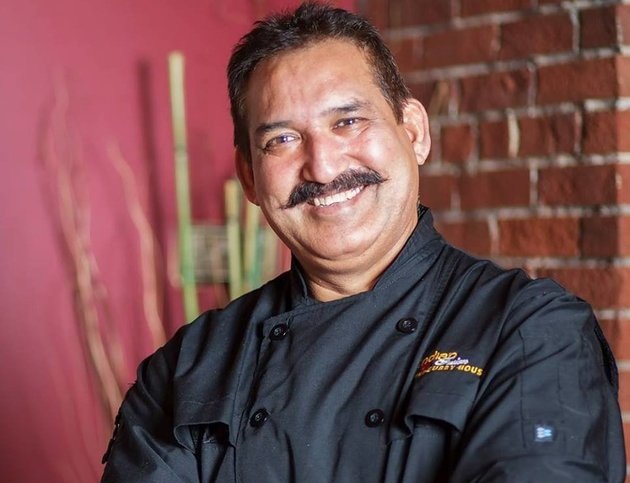 Parkash Chhibber and his wife were received with honor by some of their friends and relatives for supper or dinner. It was their overwhelming response and warm hospitality that India Fusion’s owner still remembers as well as feels inspired by. Dark clouds had no silver lining in his life until he decided to relocate to Canada in 2005. His family joined him in Canada four years later.

Parkash Chhibber opened Indian Fusion restaurant in Edmonton in 2009. After two years, he started serving free meals to the needy in the neighborhood though he put up the invitation note on the backdoor just 6 months back. He found it a feasible way to reach out to those having no penny to douse their hunger.

He says that the number of people who knock at the door on seeing the message varies from day to day. Some days it is 3 to 10 people who stop by for free meals, while some other days no one rings the bell. He adds that serving free meals to a handful of hungry and penniless people is not hurting his business financially. He has lots of free food to offer at Indian Fusion restaurant in Edmonton.

Travel Beats by IndianEagle, a leading international travel organization, is a digital portal publishing inspirational stories, interesting features and latest news from different walks of life in India and the US.