India’s Budget 2019, presented by the country’s first full-time woman finance minister Nirmala Sitharaman, has brought NRIs within the ambit of the new tax regulations and implications. In the Union budget 2019 for NRIs, Indian government has tightened the tax provisions to close the loophole that overseas Indians may have taken advantage of for tax evasion.

The budget, which is expected to transform India into a USD 5 trillion economy by 2024, has brought NRIs within the purview of the definition of assesses in the Black Money (Undisclosed Foreign Income and Assets) and Imposition of Tax Act, 2015. 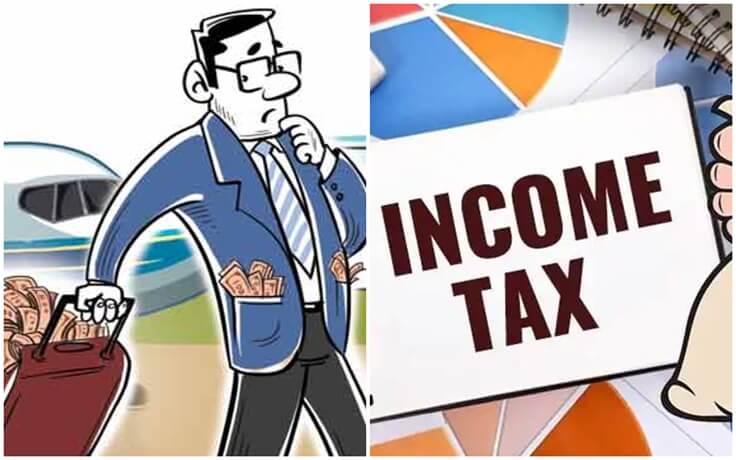 Indian Budget 2019: NRIs will be taxed for gifts received from India

Indian government has closed the gift tax loophole, in the new Union budget 2019 for NRIs, which has allowed the evasion of tax on gifts given to NRIs. The obligation to pay the tax falls upon the recipient of the gift. Since the gift received was considered to arise in a foreign country as per the earlier taxation rules, Indians abroad were exempt from paying any gift tax. However, India’s budget 2019 for NRIs closed that loophole by taxing any gifts worth over Rs 50,000 received by NRIs from the resident Indians.

The gifts including shares, property, cash, vouchers worth over Rs 50000 will be taxed on NRI receiving it if it originated in India. So the origin of the gift needs to be disclosed for tax purposes.

The tax rate is about 30% for gifts worth above Rs 10 lakh. It is much higher for the rich, 35.7% for gifts worth over Rs 2 crore and 42.7% for anything above Rs 5 crore. This would also apply to the payment of college tuition or purchase of a house in the USA or anywhere else in the world.

The taxpayer abroad is exempt from paying tax on the gifts transferred to a blood relative or a specified relative. The list of specified relatives, according to the section 56 of the Income Tax Act, includes brothers, sisters and their spouses but doesn’t include friends, acquaintances or other family members.

The new regulations, which were proposed as a part of the Union budget 2019 for NRIs will come into effect from April 1, 2020, that is applicable to the 2020-21 assessment years.

To acquire NRI status, a resident must live aboard for 182 days of the relevant assessment year. A person is considered a resident if he stayed in India for 60 days in the respective year and 365 days over the past four years.

Several Indians abroad were notified, a month prior to India’s budget 2019 for NRIs, by the IT department regarding the audit of their tax returns in the past five years. While filing their tax returns for the year 2018-19, Indians living abroad are required to submit the details of their stay in India for the past four years so the tax collectors can evaluate their residential status.

The IT department has taken an aggressive route in enforcing the NRI tax regulations, so that the residents cannot evade tax on their global income by exploiting the NRI income tax act.

An amendment – proposed by India’s budget 2019 for overseas Indians – to the Black Money (Undisclosed Foreign Income and Assets) and Imposition of Tax Act has been made, as a part of the Financial Bill, to include NRIs to the definition of assesse. Currently, the definition only includes residents. The amendment to the Black Money Act 2015 has retrospective effect where it can be applied to the income accrued in the past.

With the new amendments in the Financial Bill, as per the Union budget 2019 for Indians abroad, the tax applicable on the undisclosed properties acquired or the income earned by the residents cannot be evaded simply by fleeing the country. The charitable organizations are also under scrutiny and could lose their registration if they don’t comply with the new tax regulations.