The Pravasi Bharatiya Divas, held in New Delhi on January 9, ended up sending positive vibes and notes of camaraderie to Non-Residential Indians (NRIs) and Persons of Indian Origins (PIOs) about their current contribution to and future participating in the multifarious growth of India. Pravasi Bharatiya Divas (PBD) is an annual celebration commemorating the return of Mahatma Gandhi to Mumbai from South Africa and nurturing the overseas Indian community’s umbilical cord with the roots back home. 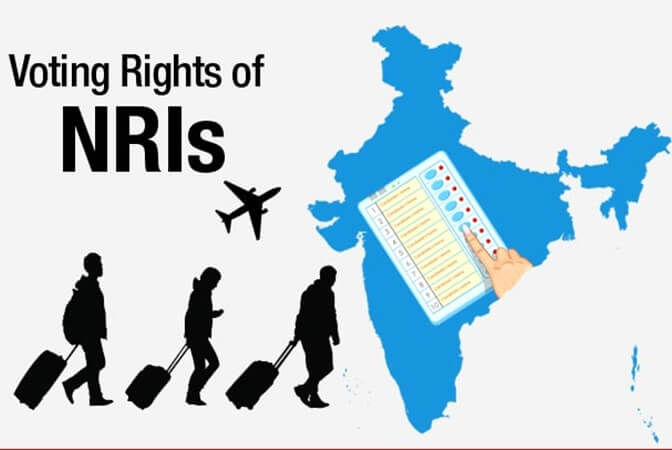 The government of India’s plans to facilitate Indian Diaspora’s investment across the country and participation in Indian polls are among the major highlights of PBD 2020. India’s External Affairs Minister, Dr. S Jaishankar assured Non-Resident Indians that the government has been mulling over ideas to enable them to cast their votes during Indian elections, without requiring them to take flights to India from USA, Europe, Australia, New Zealand, Singapore, Thailand and other countries.

Millions of Indian-origin people worldwide are eager to be instrumental in shaping the socio-political landscape of India through their voting rights. But many of them can’t make last-minute travel to India to cast their votes in person during elections. Most of the time, their votes go to waste. For years, they have been asking for a solution to let them vote via Indian missions abroad.

However, their concerns about the current voting process have been addressed at the Pravasi Bharatiya Divas 2020, with assurance that the government is weighing the pros and cons of various measures to ease the process for them. “We’ll try to find a solution that works for everybody. We do recognize that participation in Indian polls is something that Indians abroad value very much,” said Dr. Jaishankar.

At PBD 2020 in New Delhi, the External Affairs Minister also said that plans are underway to help the young generation of overseas Indians penetrate through the country to find their roots. Emphasizing the importance of tracing one’s roots, he revealed that the government of India has roped in the Indian Railway Catering and Tourism Corporation to help NRIs and PIOs in their quest of roots.

In addition, he said that Indian government would make overseas Indians’ travel to India a lot easier by technologically reforming the passport, visa and OCI card, alongside simplifying their renewal process. Consular, passport and visa services have been made people-friendly for those living abroad.

At PBD 2020, Dr. S Jaishankar concluded his keynote saying that the government of India strives to make it safer for NRIs to work, live and travel outside the country. To achieve the end, the government has rolled out various initiatives including pre-departure training programs for Indians traveling to work abroad and grievance redressal mechanisms for vulnerable Indians abroad or overseas Indians in need.

The Pravasi Bharatiya Divas came to an end with his last note that the government is looking to issue the Emigration Bill soon.