As per the memorandum that US President Donald Trump signed in May 2019 to enforce a 23-year-old long-standing law as an overhaul to the existing immigration system, the US-based sponsors of immigrants will receive a bill to reimburse the government for the federal public benefits rendered to or availed by their sponsored relatives of foreign-origin. This week, the US Citizenship and Immigration Services (USCIS) made a new move to hold sponsors responsible for providing financial support to foreign immigrants sponsored by them.

Even if a foreign national could manage to enter the United States at the cost of his social media privacy, he will become a financial liability to his sponsor.

The new move named “Systematic Alien Verification for Entitlements (SAVE)” is said to facilitate availability of information about sponsors to the federal agencies that are responsible for determining an alien’s eligibility for public benefits and rendering federal assistance to the eligible. The Systematic Alien Verification for Entitlements (SAVE) is an effort towards ensuring compliance with the laws related to the eligibility of sponsored foreign immigrants and the disbursement of federal benefits to them. The USCIS’ SAVE policy will also enable the agencies to establish the financial accountability of sponsors towards their sponsored aliens.

The Systematic Alien Verification for Entitlements (SAVE) is an outcome of Trump’s May 2019 memorandum that directs federal agencies to reshuffle legal immigration in the US by deterring US citizens and legal permanent residents from sponsoring their foreign relatives or extended family members residing in their native countries. Part of a greater force pushing the nation for an absolute merit-based immigration system, the move is being looked down upon as a crackdown on legal immigration in the United States by a few. 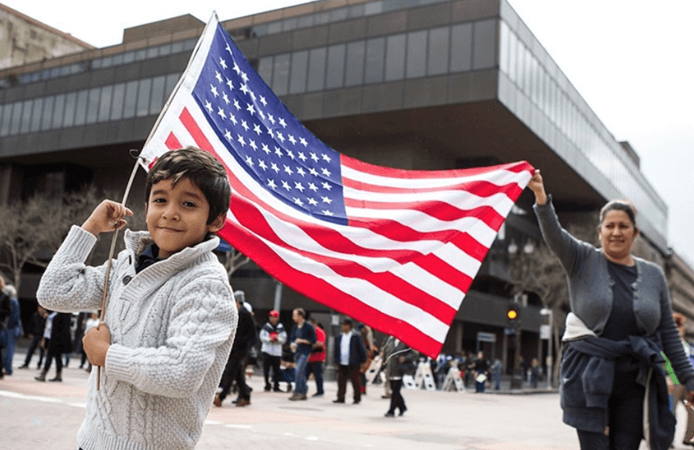 The provision that former President Bill Clinton signed into a law in 1996 has not been consistently applied due to lack of inadequate enforcement. The enforced legal liabilities and financial responsibilities that sponsorship comes with will apply to all current sponsors and sponsored aliens, according to Donald Trump’s memo.

Found in the sections – 212 (a)(4) and 213 – of the Immigration and Nationality Act, the law requires sponsors to sign an affidavit of support, Form I-864, a legally enforceable document to be responsible for sponsored individuals’ financial needs in the US. Form I-864 is a sponsor’s guarantee to the federal immigration officials that the immigrant sponsored by him will not depend on certain means-tested public welfare programs until the latter becomes a US citizen or is credited with 40 quarters (10 years) of work in the US.

The law, which is claimed to be not enforced consistently in the post-Clinton regime, does require a sponsor’s financial capacity to be considered as a key to check whether the sponsor can bear financial responsibility for the immigrant sponsored.

President Trump’s memorandum, signed on May 23 this year, is a mandate to create new procedures or update the existing ones by the end of 2019, so that federal agencies can enforce the law on US citizens or green card holders’ sponsorship liabilities and collect reimbursement from them for their sponsored immigrants’ use of the government’s public welfare programs including Medicaid.

The federal agencies working in such domains as health, homeland security, human services, nutrition and agriculture are directed to develop their own framework for “collection procedures”, so as to ensure strict enforcement of the sponsorship law, which has merely been there since 1996.

Critics are of the opinion that such moves are the bane of low-income immigrants, who do initially need the federal aid to get started in the US. In order to counter critics, President Trump said, “To protect benefits for American citizens, immigrants must be financially self-sufficient.”

In October 2018, the White House proposed new guidelines seeking to render immigrants, who are likely to become a “public charge” due to lack of self-sufficiency, ineligible for legal permanent residency in the United States. That foreign nationals who lack self-sufficiency are simply inadmissible to the US, has been a poorly defined law since the 1800s, according to the Trump administration.