Today is the World Toilet Day.  The world celebrates the day to get rid of insanitation, deliver lessons of personal hygiene and save environment from open defecation. Evolution of toilet as a basic need of existence is a most important chapter in the history of human civilization. This basic sanitary system is a link between life and health, society and environment. In India, the journey of toilets began from the Indus Valley Civilization and has been continuing till date.

According to some historians, the invention of sitting-type toilet dated back to the Minoan Civilization in Greece, which is older than the Indus Valley Civilization. The Minoans of Crete are credited for the first flushing human waste management system. Rome has its own history of public and private toilets in the bygone times. In ancient Rome, the public toilets had side-by-side seats without any partition. Each seat had a hole, and water kept flowing to flush away excreta. Archaeologists have confirmed the existence of the same toilet system in the Egyptian Civilization, too. 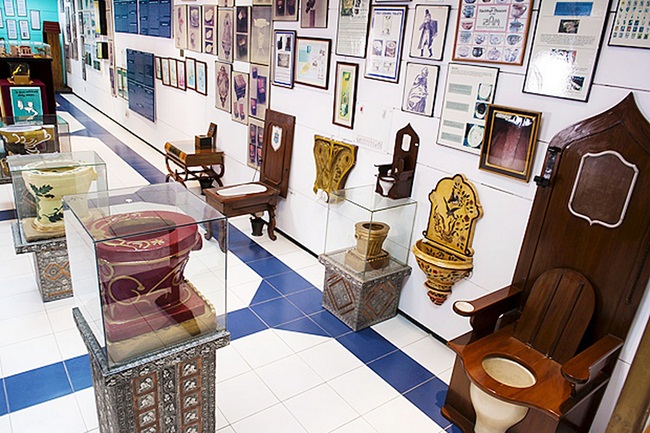 Legend says that the slaves in Rome used to hold urine pots made of silver whenever the members of the royal / aristocratic families felt like urinating while playing cards at dinner parties. Evidences of the use of stools with keyhole for urination and defecation have been unearthed in Thailand and Sri Lanka. The ruins of the Housesteads Roman Fort in Britain have the remains of public loos consisting of seats with holes and without partition. The men used to gossip about everyday matters while using the loos and had sticks padded with sponge to clean the behind.

England witnessed a major development of toilet system in the late 1500s. The invention of the first modern indoor flushing system is credited to John Harrington, who devised the toilet flushing mechanism and installed it for Queen Elizabeth 1. In the 1800s and 1900s, flushing toilets were no longer confined in the royal households. It was gradually reaching out to the common man.

Also Check Inspiring Stories of Toilets from across India

Some stories in the scriptures of India refer to the close relation between men’s frequency of using toilets for defecation and their saintliness / manliness. In those days, wrestlers were believed to be weak if they defecated frequently due to their poor digestive system. Similarly, saints were not expected to defecate much because they were supposed to eat as much as needed. Infrequent defecation was considered a saintly habit in some communities of ancient India, while it was a sign of manliness in some other communities. It is said that the menfolk of the Chaga tribe blocked their anus when they attained manhood, in order to exercise their superiority over the fair sex. The ancient Greeks used to believe in the practice of swallowing something and not taking it out.

It was a dark period of human hygiene in the history of civilization from 500 AD to 1500 AD. Protrusions were used for defecation in aristocratic households and forts across India. The excreta were dumped on to the ground and into rivers. The fort of Jaisalmer bears testimony to this offbeat reference to the Indian history of toilets and defecation. In the medieval period, toilets were simple pits with wooden seats on ground. Besides, the primitive practice of covering human waste with earth was prevalent in some parts of the Mughal Empire. In the medieval castles of Europe, toilets were vertical chutes with stone seats on the top. These were called “garderobe,” which became wardrobe in the course of time. In Europe, the well-to-do people would wipe their behinds with rags.

The history of toilets for public use is full of twists in several countries. Poor maintenance of public toilets has always been a concern about the wellbeing of people. The Mughal Emperor Jehangir had commissioned the construction of a public loo to be used by as many as 100 families, 125 km away from Delhi, in 1556. But poor maintenance drove the people to defecate in the open. In 1872, the French municipalities mandated private organizations to fund maintenance of public toilets for 20 years.

Several countries implemented measures to improve sanitary conditions. Provision of toilets and construction of cesspools were made compulsory in 1519. The British issued the first sanitation law in 1848 in England. The first sanitation law came to effect in India in 1878. The municipalities were mandated to construct toilets in the slums of Calcutta (now Kolkata), the capital of British India. Toilets got curtains in 1880. The trend came to be known as Belleepoque in France and Edwardian in England. With the onset of 1900, bathroom with loo became an institution all over Europe. It was called Gushalkhana by the Mughal kings in their times.

The history of toilets has come a long way with evolution of human living and hygiene.  Though the developed countries of the world have put an end to open defecation, the developing countries including India, Indonesia, China and Korea are still grappling with the challenges of controlling open defecation. In 2001, the World Toilet Organization was formed to encourage construction of toilets for the sake of public well-being in the developing nations. The journey of toilets will continue in India until every household has access to basic sanitary facilities.

The capital of India got a museum of toilets in 1992. It exhibits different toilet models from 50 countries across the world in three sections – Ancient, Medieval and Modern – spanning from 3000 BC till the 20th century end. The Sulabh International Museum of Toilets in New Delhi is one of the most offbeat places to visit in India. – Indian Eagle

This story about the history of toilets in India is brought to you as part of the campaign, “Explore India with Indian Eagle”, aiming to promote what is lesser-known about India through our overseas Indian community portal, Travel Beats. Travel Beats is a subsidiary of Indian Eagle Travel, a leading international air travel booking partner of Indians abroad.