We at Travel Beats, an overseas Indian community portal by Indian Eagle Travel published a detailed article on how grim the picture is for those Indian brides who are victims of fraudulent, abusive NRI marriages when Indian government announced to launch a dedicated portal for abused or abandoned NRI wives a few months back. Nearly 25,000 women in Punjab who were abused and abandoned by their NRI husbands were figured out by the Union Ministry of Overseas Indian Affairs in a 2007 study by Indian government.

The government has taken several initiatives and implemented various measures for the welfare of abused, abandoned and socially or mentally isolated NRI brides over the past few years. One of the recent measures is the proposal to make Aadhaar Card mandatory for registration of NRI marriages in India. 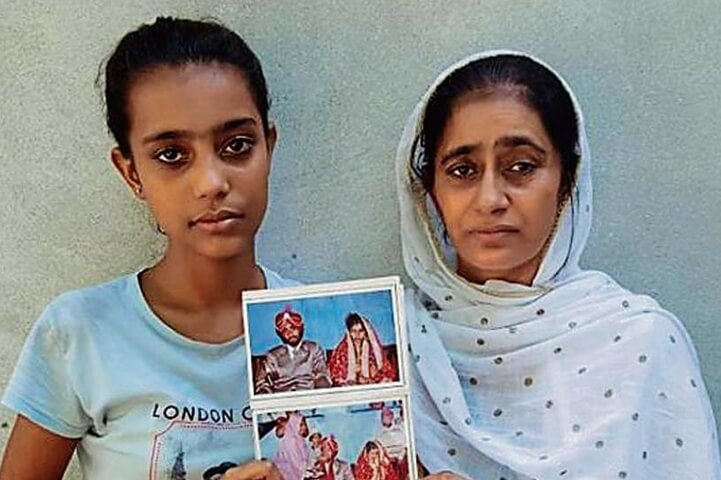 Introduced in the Rajya Sabha today, the ‘Registration of Marriage of Non-Resident Indian Bill 2019’ also seeks to empower Indian passport authorities to revoke passports or other valid travel documents of NRIs men on grounds of their failure to register their marriages within 30 days of getting married to Indian women within or outside the country.

Political think tanks opine that the bill is unlikely to be approved this budget session as India’s Lok Sabha elections 2019 is around the corner.

The ‘Registration of Marriage of Non-Resident Indian Bill 2019’ to penalize NRI husbands in the case of domestic abuse, physical violence, dowry demand, mental torture, fraudulence, or absconding seems sterner than all of the previous measures or considerations. The government is  also considering crucial changes in the criminal law that will allow seizure of the property of NRI men for abandoning their wives, “said Maneka Gandhi, Union Women and Child Development Minister.

In November 2017, Maneka Gandhi said that registration of all NRI marriages would be linked to the website of the Union Ministry for women and child development. The law currently under consideration requires abused, abandoned Indian wives to file a complaint with the police against their erring or absconding or deceiving NRI husbands. The complaints will be sent to Indian embassies depending on NRI brides or grooms’ country of residence. The embassy will take necessary actions like serving summons.

An abusive NRI husband or fraudulent NRI groom will be issued three notices or summons. If he neither appears in the court nor attends the court’s proceedings willingly or unwillingly, he will be declared an absconder for evading or ignoring the summons and his property will be attached by the court.

In the last three years, the Union Ministry of External Affairs received more than 3000 grievances from distressed NRI brides. The proposed law to address those grievances and prevent occurrence of NRI marital disputes in the future is being lauded as a welcome move. However, the proposal is currently under consideration by the Ministry of Law and Justice for its pros and cons.