All that glitters is not gold! Likewise, all NRI grooms with promising overseas careers do not prove to be good, responsible, caring husbands. In some cases, Indian brides are trapped into fraudulent marriage with NRIs. Indian brides falling prey to domestic violence for dowry in the hands of NRI husbands, is not a rare instance. The 1989 case of Kiranjit Ahluwalia from Punjab, who was brutally abused by her NRI husband in the UK, is still stuck in our memory.

As per the data from Factly.in, 12 Indian Missions abroad received nearly 300 complaints of fraudulent marriage in past 4 years. The maximum cases of fraudulent marriage, domestic abuse, social isolation and mental abandonment are reported by Indian wives among H4 visa holders in USA. Given the circumstances, the government of India decided to launch a dedicated portal for abused NRI brides abroad to help them seek support and advice from NGOs, activists and lawyers working in this field. 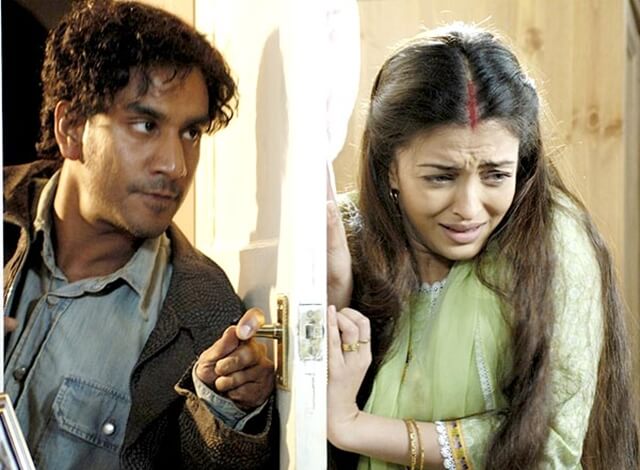 A still from the film ‘Provoked’ starring Aishwarya Rai as Kiranjit Ahluwalia, an abused NRI bride

Indian government’s decision to launch a centralized portal for abused NRI brides has been lauded by the ministry of women and child development, the ministry of external affairs, the ministry of home affairs and several NGOs working for women’s welfare. It was a much needed initiative for the sake of Indian women holding H4 visa in abusive relationship with their spouses on H1B visa in USA.

The upcoming portal for abused Indian brides abroad will be a single-point redressal system to record their grievances, help them connect with civil society groups, and help them with legal aid from the government of India to seek divorce or maintenance from their abusive NRI husbands. Alongside the portal, a number of measures have been taken to protect the rights of abused NRI brides, including a financial aid of USD 3,000 in developed countries and USD 2,000 in developing nations.

As per reports from various sources, the condition of abandoned or abused Indian brides in USA is more pitiable than that of NRI women in any other country. It’s because they are left financially dependent on their husbands holding white-collar jobs on H1B visas in USA since they are denied the right to employment in the world’s biggest economy despite their academic qualifications and professional skills. They are not entitled to a social security number either.

According to industry estimates, 80% of the 125,000 H4 visas were granted to Indians in 2015, and most of them were women who accompanied their spouses to the United States as dependent housewives. Some of such Indian wives holding H4 visas feel the pangs of purposelessness and suffer from depression having no rights to do a job or business, within a few months of settling down with their NRI husbands in USA. Matters take a turn for the worse if they are abused or abandoned thousands of miles away from India.

A 2007 study by the Union Ministry for Overseas Indian Affairs had figured out 25,000 women in Punjab who were abused and deserted by their NRI husbands. In 2008, 20,000 legal cases against abusive NRI grooms were found pending in Punjab alone. The picture of abused Indian brides abroad is almost as bleak in the current decade as it was in the first decade of the 21st century.

Indian government’s upcoming portal for abused NRI brides is not an individual initiative but an extension of the campaigns that the Ministry of External Affairs has been running for years to sensitize Indian brides and their parents about the pros and cons of choosing NRI grooms, with focus on how to deal with issues post marriage outside of India if there is any.

The abused Indian wives abroad can go through the ‘Marriages to Overseas Indians,’ a guidance booklet issued by the government of India recently, until the portal is launched. The booklet contains useful information on legal bodies and non-governmental organizations that can be approached for assistance in cases of domestic abuse, physical violence and unlawful abandonment by NRI grooms.

Indian Eagle, a trusted travel partner of Indians in USA, publishes the latest air travel, visa, immigration, India tourism and Indian Diaspora news for as well as in the interest of Indian Americans on its digital magazine, Travel Beats.