Preceding Dussehra, the day of the good’s victory over the evil, Indian American Dr. Kiran Patel made a whopping $60 million investment in a medical device company in order to fund clinical testing of new cardiac devices and facilitate clinical studies on the latest cardiovascular technology in the United States. The investment in Miami-based Concept Medical Inc. is primarily intended to contribute towards improving the health of millions of hearts worldwide.

Tampa-based healthcare entrepreneur and cardiologist Dr. Kiran Patel’s investment in Concept Medical Inc. will be utilized to fund extensive studies on sirolimus-coated devices used in the treatment of cardiovascular diseases. The coating substance, sirolimus helps mitigate risks of arterial blockage and reduce the time span that a patient requires to take blood thinners. 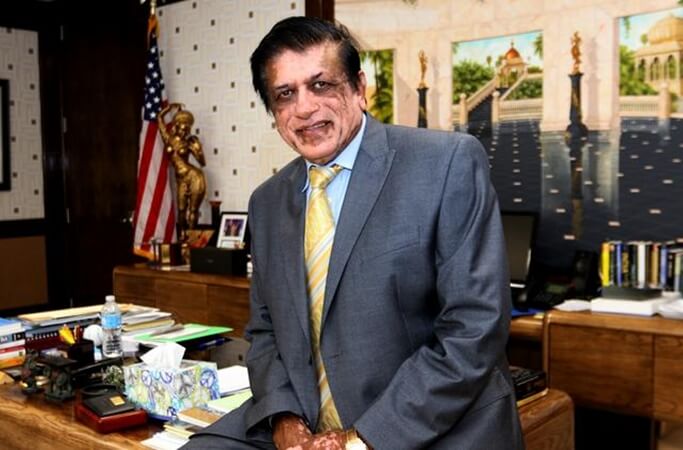 Concept Medical, along with its India-based manufacturing subsidiary, Envision Scientific Pvt. Ltd. has devised new cardiovascular treatment technologies in which sirolimus-coated stents and balloons are used to remove blockage of coronary arteries. The use of conventional stents or balloons reduces the possibility for repeat occurrence of narrowing of coronary arteries to 8 to 10 percent, while sirolimus-coated cardiac devices lessen the risk of arterial narrowing to an unbelievable 3 percent.

The lesser the arterial blockage is, the lesser the requirement of blood thinners is. The sirolimus-coated devices for cardiovascular treatment are sold in Europe and Asia, but the United States does not permit sale of the same devices without costly testing as per the norms set by the US Food and Drug Administration. Clinical testing of sirolimus-coated cardiac devices being expensive, Dr. Kiran Patel found it just to make the $60-million investment for the wellbeing of millions of hearts.

Heart disease is a leading cause of death in the world. Cardiovascular ailments claim about 610,000 lives in the USA every year. Coronary heart disease takes toll on nearly 370,000 lives in the United States per annum. About 735,000 Americans suffer a heart attack every year. The technology of sirolimus-coated stents and balloons can not only treat cardiovascular patients but also reduce diabetic patients’ exposure to additional cardiac risks, according to philanthropist Dr. Kiran Patel.

The $60-million investment in Concept Medical Inc. is expected to earn approval for clinical testing of sirolimus-coated stents and balloons by the US Food and Drug Administration. Furthermore, Concept Medical Inc. will shift its headquarters from Miami to Tampa and generate employment in Tampa as per the deal.

One of the most active Indian American philanthropists in the US, Dr. Kiran Patel pledged to donate $200 million to Florida’s Nova Southeastern University for healthcare development for millions, early this year. His Ahmedabad-born wife, Dr. Pallavi Patel is an admirable philanthropist too.