Like Dussehra, Sharad Purnima or Full-moon festival is observed in different ways, in different parts of India. It falls on the fifth day following Dussehra. Goddess Lakshmi presides over the festivity in some parts of the country, while Lord Krishna is worshipped in some other parts. Lakshmi is the goddess of wealth and prosperity, and Krishna symbolizes eternal love. According to their traditional culture and beliefs, the regional communities of India celebrate Sharad Purnima in different ways, unique to their identity. 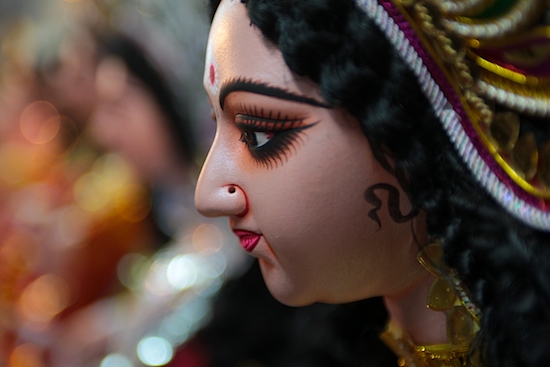 Once Bengalis are blessed with peace due to divine victory over the evil during Durga Puja, they get busy preparing for the worship of Goddess Lakshmi in order to be blessed with prosperity on the full-moon night. This full-moon night which is known as Sharad Purnima all over the country is called Kojagori Purnima in West Bengal. Bengalis reverently call Goddess Lakshmi as Ma Lokkhi. The ritual of decorating the floor with alpana from the entrance to the interior is performed in every house.

Most of the households in Bengal worship Ma Lokkhi by offering flowers, homemade sweets and devotion to the idol of the Goddess sitting on a lotus. Among the homemade sweets, narkel nadu is a special offering to Ma Lokkhi. This festive dessert is made from fine gratings of coconut kernel, mixed with sugar, milk, ghee and dry fruits. Special porridge (called khichuri in Bengali language) is cooked in the kitchens of Bengali households, on the Kojagori Purnima evening. 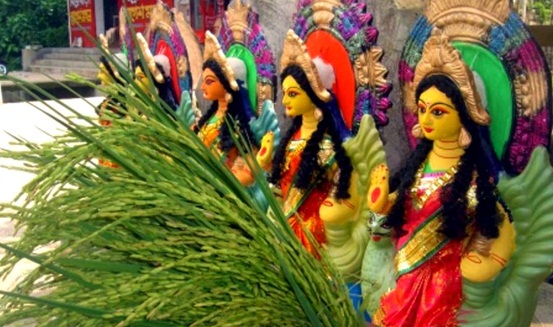 In India, the state of Odisha or Orissa celebrates Sharad Purnima in two different ways. Some communities worship the Sun and the Moon on this occasion, while Goddess Lakshmi is worshiped on this pious day in some other communities. In Odisha, Sharad Purnima is also known as Kumar Purnima in honor of Kartikeya, the God of war in the Hindu mythology of India. Kartikeya, son of Lord Shiva, is the handsomest god who is worshipped by young girls in hope of getting handsome husbands.

After a holy bath in the morning, the girls cook several various food items to offer to the Sun Gold and adorn their necks with fresh garlands during worship. They keep fasting for the day. They break the day-long fast once the worship of the moon in the evening is over. They sing, dance and play a special game, Puchi, to rejoice in the festivity. The people of Odisha also observe Sharad Purnima as the birthday of Lakshmi. They play dice and some other indoor games to keep awake the whole night. 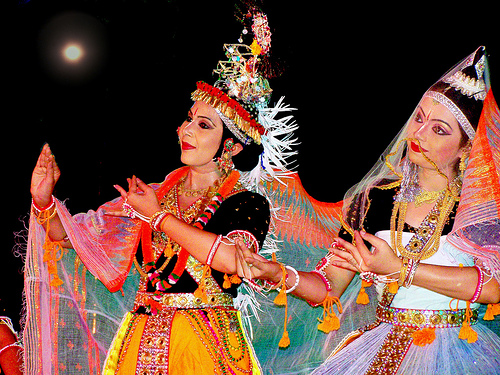 In north India, Sharad Purnima is popularly known as Raas Purnima. In the Hindu Mythology, there is a story of Raas Purnima from the life of Lord Krishna. According to the story, it is believed that during his human incarnation on earth, Lord Krishna used to play raas (a traditional folk dance) with Gopis, his female admirers in Vrindavan. It was the night of Sharad Purnima when he played maha raas with his beloved Radha and Gopis on the bank of Yamuna River. In different parts of north India, young boys and girls enact Raas Leela on the festive evening.

Do share with India Eagle how you celebrate Sharad Purnima in the USA and Canada. IndianEagle.com, a reliable travel partner of NRIs, offers lowest airfare to India.