Bhanu Athaiya, the first Indian to be awarded an Oscar way back in 1983, took her last breath this October 15 in Mumbai. Though she was the first to bring the coveted Academy Award home, she remained unsung in the shadow of Slumdog Millionaire that swept away eight Oscars, including for three Indians – AR Rahman, Gulzar and Resul Pookutty – in 2009. The costumes she had designed for the leading cast of Richard Attenborough’s Gandhi, a biographical blockbuster based on the life of Mahatma Gandhi, earned her the Academy Award for Best Costume Design in 1983.

What many people may not know is that Bhanu Athaiya returned her Oscar trophy to the Academy of Motion Picture Arts and Sciences in 2012, because she thought that no one in her family would be able to take care of her most prized possession after she is no more. 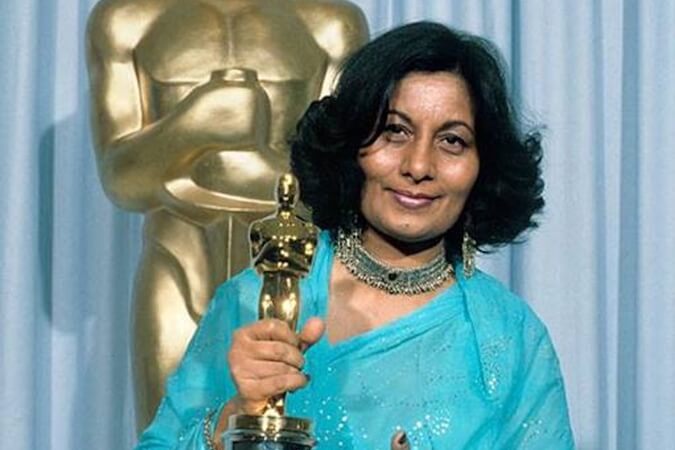 Bhanu Athaiya’s journey from a freelance fashion illustrator for women’s magazines to an award-winning costume designer in the golden period of Indian Cinema to the first-ever Indian Oscar winner makes her a larger-than-life persona. In 1956, Guru Dutta’s C.I.D starring Dev Anand and Waheeda Rehman was her first great leap from designing outfits for a boutique to designing costumes for big banner films.

It was none other than Bhanu Athaiya who designed costumes for Ashutosh Gowariker’s Lagaan, one of the three Indian films to have received an official nomination for Oscars. It led to her being the principal costume designer for Swades, another magnum opus by Ashutosh Gowariker. Celebrity designer Bhanu Athaiya’s treasure trove of achievements includes two National Awards for Best Costume Design: one for Lagaan and the other for Lekin directed by Gulzar.

Since her foray into Bollywood with Guru Dutt’s classics including C.I.D, Pyaasa, Kaagaz Ke Phool, Chaudhvin Ka Chand, and Sahib Bibi aur Ghulam, she went on to design clothes of actors for five decades. Other than Guru Dutt and Ashutosh Gowariker, she worked with some of the most celebrated filmmakers including Raj Kapoor, Yash Chopra, Ketan Mehta, Subhash Ghai, and Vidhu Vinod Chopra. She was a favorite of Raj Kapoor. She dressed the actors of Shree 420, Sangam, Mera Naam Joker, Satyam Shivam Sundaram, Prem Rog, Henna, and Ram Teri Ganga Maili among the Raj Kapoor productions. 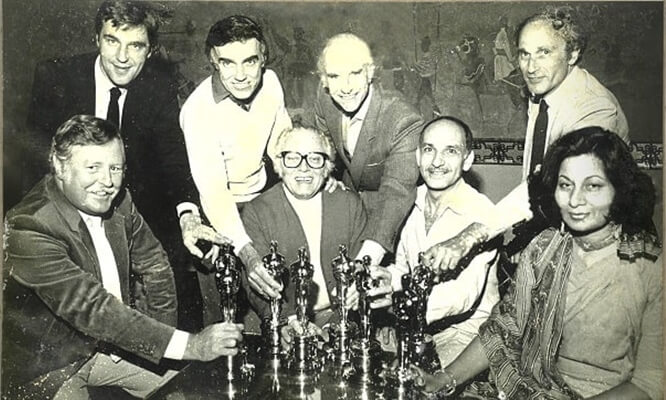 India’s first Oscar for Gandhi (1982) recognized not only Bhanu Athaiya as the most talented consume designer, but also the country’s rich, versatile tapestry. Her costume designs spoke volumes about the diversity, richness of India’s social fabric ranging from bucolic charm to urbane romanticism to cosmopolitan haute couture to middle-class fashion. The way she donned the garb of a master craftswoman for such period sagas as Amrapali, Meera, Razia Sultan, 1942: A Love Story, Gandhi, and Lagaan is a legacy to be cherished by next-gen designers.

In 1929, Bhanu Athaiya was born as Bhanumati Annasaheb Rajopadhye with an artistic bent of mind. As her father was a painter, she happened to make art her passion at a tender age. She was a gold medalist in fine arts from Mumbai’s JJ School of Art. A decade before Richard Attenborough’s Gandhi came her way and catapulted her to the global spotlight, she worked with Conrad Rooks’ Siddartha in 1972.

Bhanu Athaiya was the first Indian to have debunked the myth that costume designing is all about glamour. Her costume designs were authentic to the era and its sensibilities that a film, period or drama, depicts.